Oh sure, there were tons of new speakers at Montreal Audio Fest 2018. But they won’t so much as squeak without electronics to drive them. We couldn’t find nearly as many electronic product debuts, though there was enough to keep us busy. All prices in Canadian dollars. 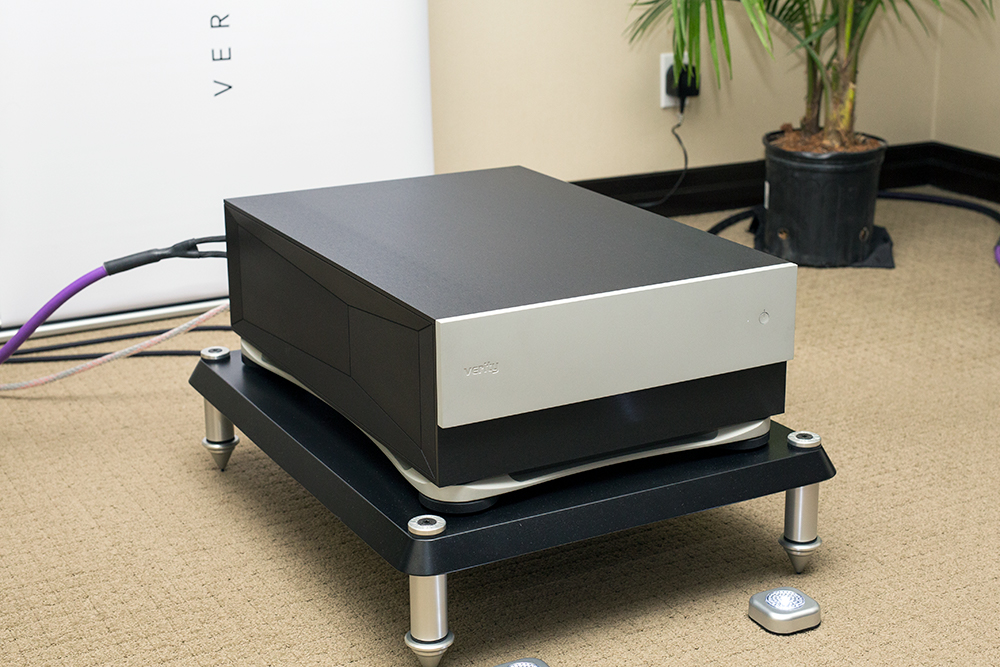 Verity is back with a bang. Long known for its no-compromise speakers that are perhaps the most endearing I’ve ever heard, Verity has squared the circle and taken control of the entire reproduction chain. The current-based Monsalvat Amp-60 pushes 60Wpc into 8 ohms and is built like a tank. An elegant tank that is. Weighing in at 150 pounds, the $75,395 Amp-60 is really expensive, but feels neutron-star dense and drips luxury in a way similar to the company’s delicious speakers. 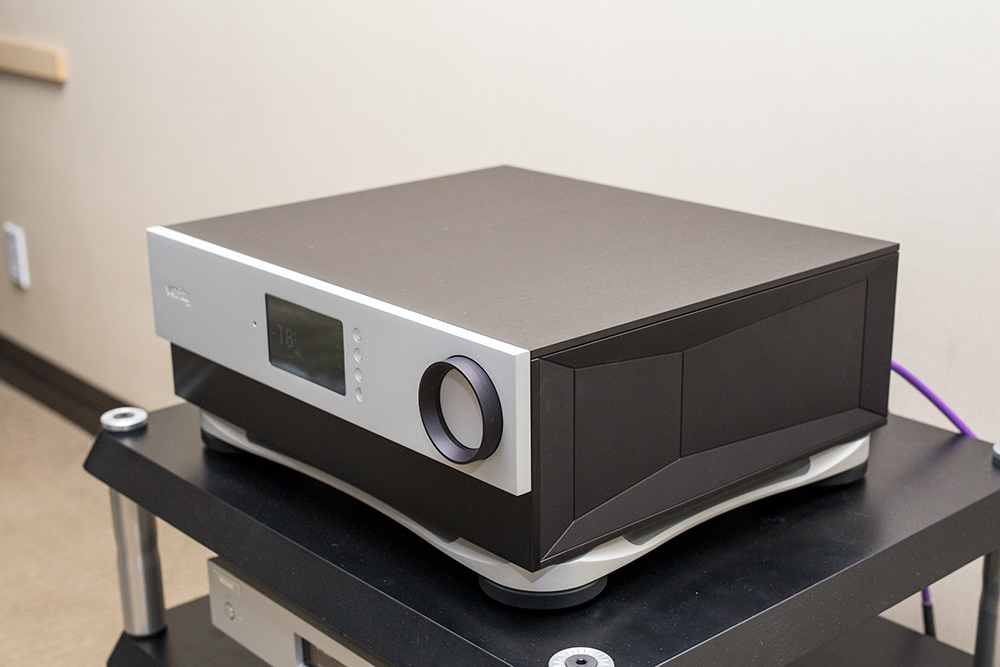 At the start of the signal path lies the new Verity Monsalvat Pre-2. Another cost-no-object design, the $45,495 Pre-2 is a dedicated two-channel digital preamplifier that’s a trickle-down design from the six-channel, DSP-controlled Pro-6 preamp designed for the company’s statement Monsalvat speakers.

The Pre-2 incorporates ESS Technology’s DACs and ADCs and aims to combine the best attributes of all-analog preamplification and state-of-the-art digital processing. According to the company, “Analog inputs are digitized at a very high sampling rate and fed into the digital domain for processing, while digital inputs are processed directly.” As with the Amp-60, the Pre-2 exudes elegance and sophistication. 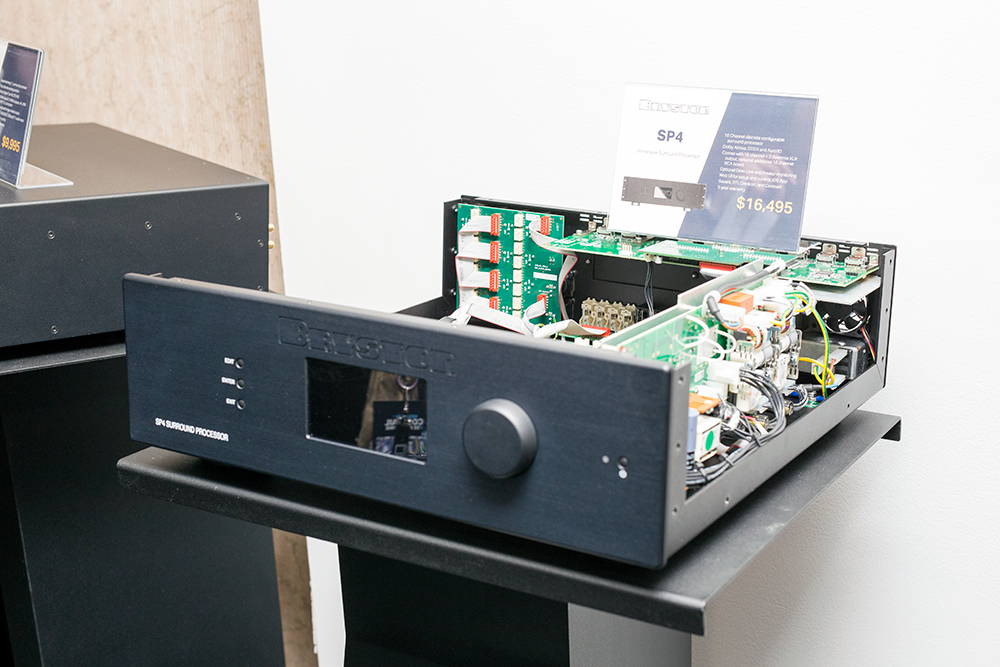 Home-theater standards change so rapidly that it’s hard to keep up. I still have five speakers in my HT system at home, despite my receiver accommodating 7.1 channels. Now there’s what -- 12.2 as a nominal standard?

Just to be sure it doesn’t fall too far behind, Bryston’s new $16,495 SP4 processor accommodates 16 discrete channels and an alphabet soup of protocol compatibilities. Despite Bryston’s significant accomplishments in the amplification, signal processing, and digital realms, the company realized that trying to keep up with HT protocols is a bit of a sucker’s game, so it farmed out part of the development of the SP4 to France’s Immersive Audio Technologies, a company that specializes in such matters, so it can keep right up to date. As a result, The SP4 features a dizzying array of configuration, EQ, and calibration settings -- this unit is so flexible that I honestly gave up trying to follow the full technical description.

TLDR: If you want a future-proof home theater processor that will give you total control of your audio environment, the SP4 deserves a look. 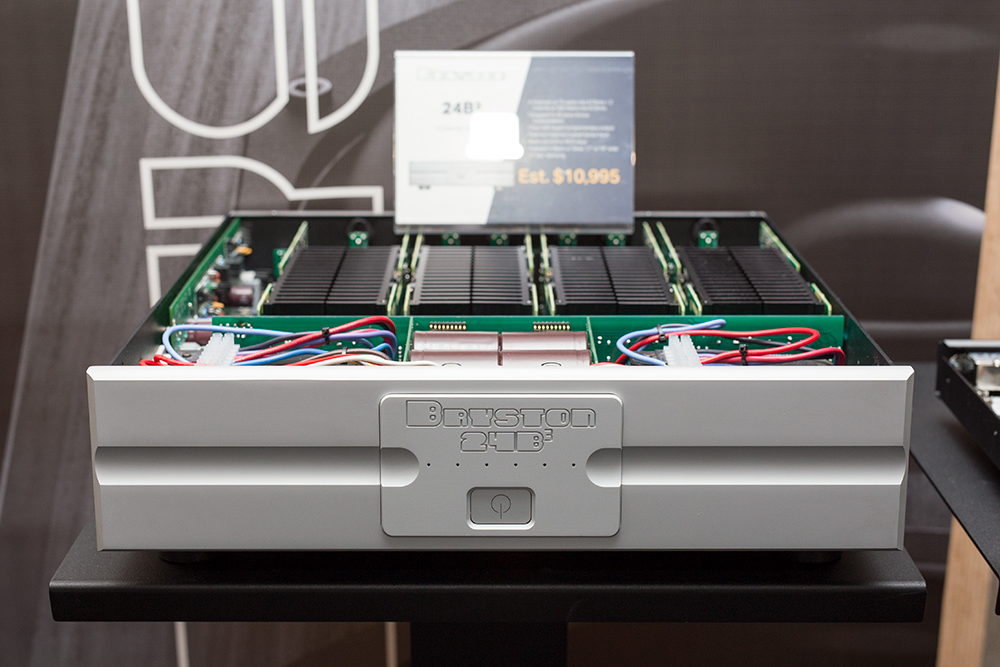 Specifically designed to power Bryston’s active speakers, the new 24B3, at an estimated $10,995, is jammed with six channels of power -- four of those channels are rated at 75W into 8 ohms, and the other two are 300W into 8 ohms. This one amplifier can nicely juice up a pair of Bryston’s Model T Actives, with its compact size helping to make for a nice, clean setup. 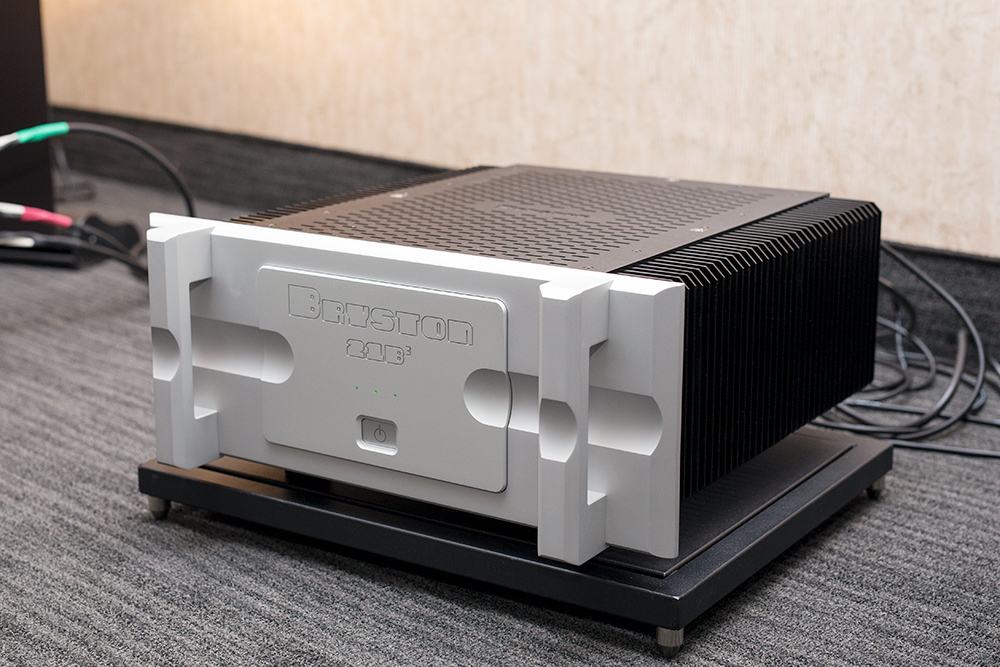 But let’s say you like to listen loud, and you don’t mind another box or more size. Then you’ll probably want to move up to the 21B3. For $10,795 each, you get three channels of amplification (so you’ll need two for stereo) that are much beefier than those in the 24B3 -- two channels at 300W into 8 ohms, and the remaining channel cranks out a whopping 600W into 8 ohms.

I’ve listened to the Model T Active speakers a number of times now, and some of those instances were at fairly high SPLs. With its multiple channels of amplification and a digital crossover, there’s a sense of dynamic immediacy that’s most impressive. More power into these speakers should be even better. 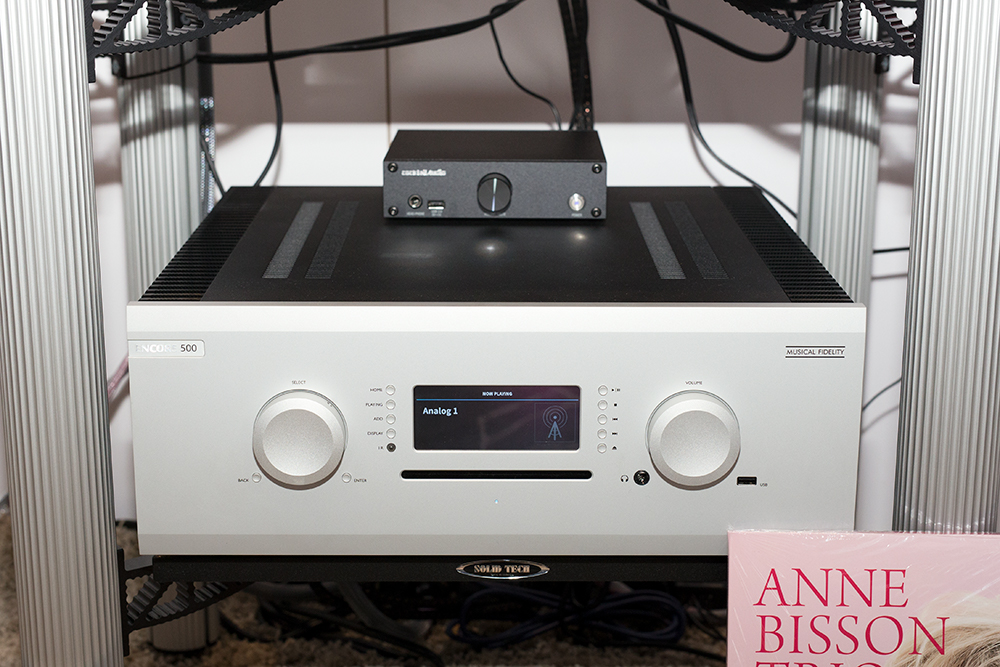 Here’s something you don’t see every day -- a honking-great integrated amp with high power (500 honest watts per channel into 8 ohms) that’s got a whole load of tricks built right into it. Integrated amps with built-in DACs are a dime a dozen these days, but how many also have a slot right up front for ripping CDs? And how about an onboard 2TB hard drive? The new Musical Fidelity Encore 500 has all that and more. Not bad for $9999. 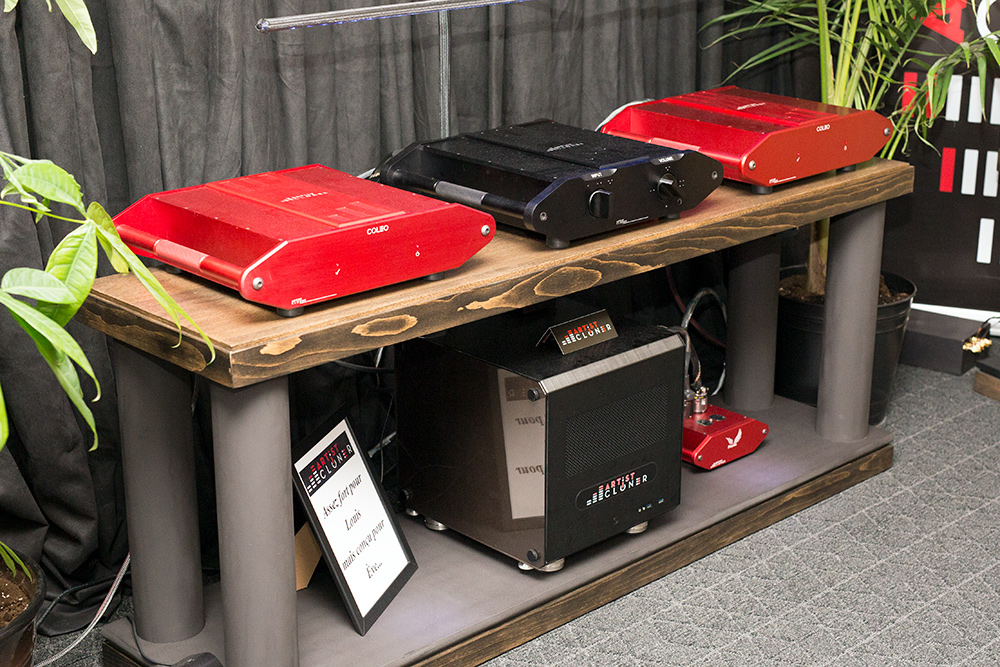 When last year we first encountered the ArtistCloner brand -- a local Montreal company -- we felt that perhaps it was a bit of an unfortunate choice of name. Sort of a French-to-English failure, perhaps. But the name stuck in our heads, although internally spoken in a thick Québécois accent. And isn’t that the goal of a brand name? To sneakily convert into an earworm? For us, it has.

Last year, the ArtistCloner room sounded extremely good, and this year it sounded better. ArtistCloner manufactures the entire reproduction chain, and all of the components there are new this year. The large subwoofer-shaped music server (no name provided) on the bottom shelf is armed with an AMD processor running Linux Mint. The $4400 server contains a CD ripper, as well as a 2TB drive for data and a dedicated SSD for the OS. Of note is the all-discrete analog stage with no op-amps after the DACs.

It takes a stout amplifier to double its power down from 8 ohms, and again down from 4 ohms, and again down to 2 ohms. The ArtistCloner Coleo mono amplifiers (left and right in red on the top shelf) cost $25,399 per pair. They’re rated at 48W each into 8 ohms and double that down into 4 ohms and again into 2 ohms for a chunky 192W output per side. The Luceo preamplifier (center on top shelf) is also new, retailing for $12,599. A strange name, perhaps, but ArtistCloner seems to be getting somewhere with it.