In the Barenaked Ladies' song "If I Had $1000000," they sang about what they'd buy if they had that much cash. From what I recall, none of it had to do with high-end audio.

But if I had $1,000,000, whether it was in US or Canadian funds, I'd pay off my house, fix the broken concrete around my swimming pool, take that vacation I should've taken two years ago, replace my aging SUV, set aside more money in my retirement fund, buy some new clothes, and then after I'd done all that, I'd buy two sets of speakers that I heard at length at RMAF that, while not exorbitantly priced by high-end standards, are still out of reach for middle-class folks like me -- which is why the $1,000,000 would help. Here goes: 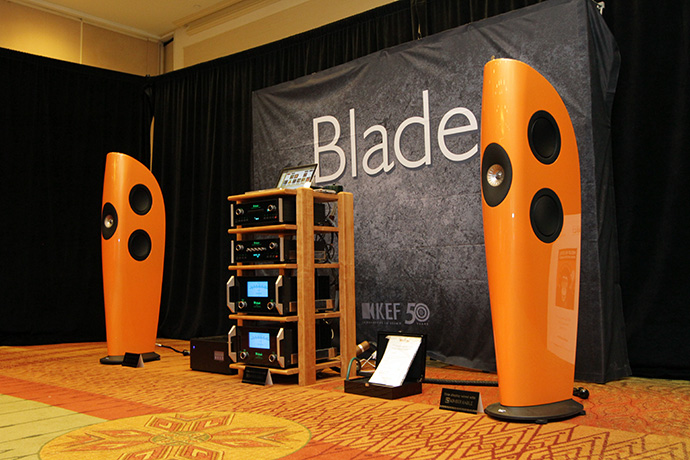 I've written about KEF's Blade ($30,000/pair) so many times that I'm sure most people are sick of me bringing them up. But what I saw and heard in Denver in KEF's large main-floor room caused me to revisit this British-based design and listen to the pair for a long, long time. The Blades, decked out in the Orange Sorbet finish, looked striking and sounded staggeringly good in the exceptionally large room. The bulk of the electronics in the system were by McIntosh, and the wiring was by Kimber Kable. A single coin sat on edge on top of one Blade all day long to prove how impervious to resonances the cabinet is. 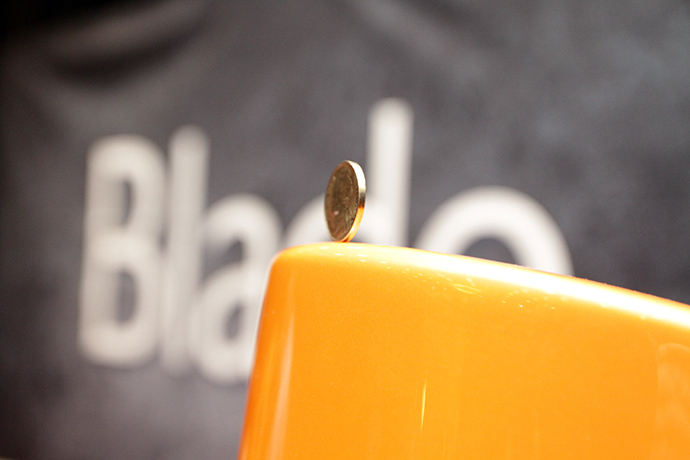 What do I like so much about this speaker? The shape is part of it, and the 12 finishes it's available in add some flavor as well, but the clean, clear, incredibly detailed, and oh-so-coherent sound that projects from a pair is what seals the deal. Plus, the resolution they're capable of is reference caliber, yet they never sound clinical or fatiguing. I heard speakers in Denver that cost as much as or much more than the Blades, including those from Wilson Audio, YG Acoustics, Venture, Zellaton, and some others, but none came close to the overall performance of the Blade. Well, except for . . . 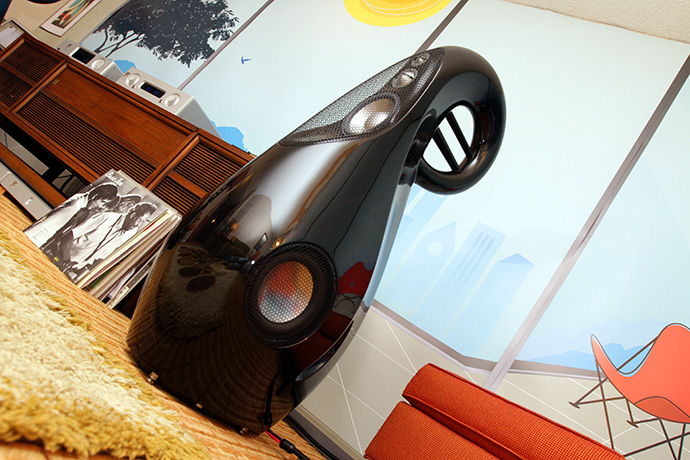 . . . another speaker I've written about to death: Vivid Audio's Giya G3, which sells for $40,000/pair and is also of British origin (its designer, Laurence Dickie, lives there, although the speakers are manufactured at the company's facility in South Africa).  But when a speaker continues to impress me the way this one does, how can I not blather on about it? 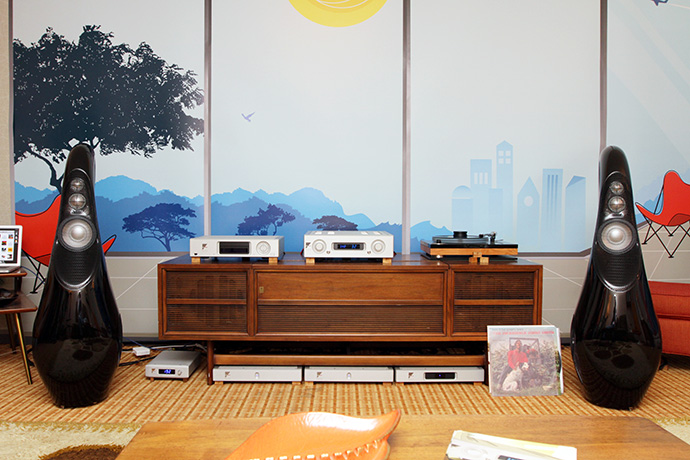 It was Ayre Acoustics from Boulder, Colorado, that hosted the G3s in their '60s-styled display room. The setup was really intended to showcase their new AX-5 integrated amplifier, which was placed dead center and is expected to sell for just shy of $10,000 when it's released next month. The interesting thing here is that the G3's unusual but timeless appearance looked right at home in this room; in fact, I can't imagine another speaker that would've looked as fitting given the lavish colors around it. Nor could I imagine one that would've sounded better. All of the Giya-series' strengths -- exceptional neutrality, extraordinary clarity, and unrivaled transparency -- were readily apparent no matter what music track was played through them. The G3's bass, like that of the bigger Giya G2 that I reviewed last January, is amazing given the cabinet size. Overall, this is an astonishingly good speaker that plays any kind of music perfectly and, once heard, changes one's perception of what a cost-no-object speaker should sound like. In fact, it makes most other cost-no-object speakers sound colored and flawed.

It's fun to imagine what one would do with so much money, but here's an interesting thing: even if I had $2,000,000 or more, my choices would likely remain the same. The reason is that I don't think spending more would buy you more -- KEF's Blade and Vivid Audio's G3 are simply two of the best speakers available today, regardless of cost, which is probably why I keep writing about them so much. But what I might buy if I had that extra cash is a bigger, nicer house to put them in –- one with two listening rooms instead of the single room I have now, so each could be permanently set up.