There's no ignoring the obvious: a fine line divides the unique from the obtrusive, and the styling department of Germany's MBL has no qualms skirting it. The company's room was littered with gear from their Reference line of equipment, and its all-white finish was hard to miss, as were the logos adorning the monoblock 9011 amps, which were large enough for the legally blind to see. 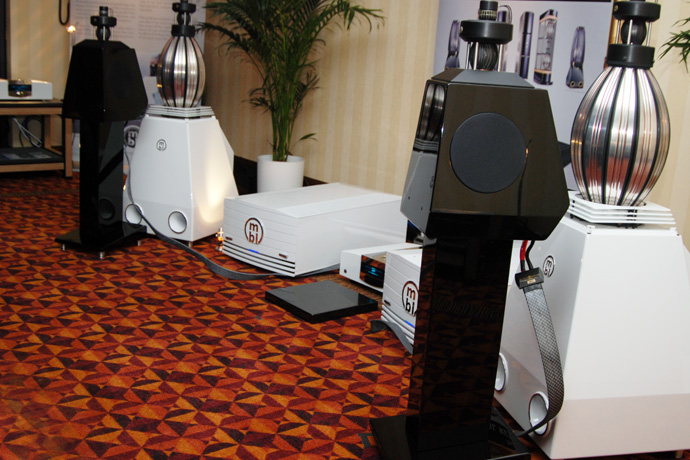 Aesthetic criticism is all well and fun, but like any audio product, the briefly static MBL system, wired to the bookshelf-sized 126 Radialstrahler ($11,800 USD per pair), couldn't really be judged until the music began playing.

Cheeky. Bastards. While it's worth noting that the 126s were at the business end of over $25,000 worth of MBL's new Corona Line of hardware, including the 300Wpc C21 stereo amplifier ($9200), C11 preamplifier ($8800) and C31 digital front end ($9200), they sounded sublime. Omnidirectional speakers don't tend to have the best imaging, but the 126s were excellent in this regard. Bass extension was admirable for a bookshelf, as was the level of coherence between the opposing side-mounted woofers and the ribbon-like Radialstrahler. 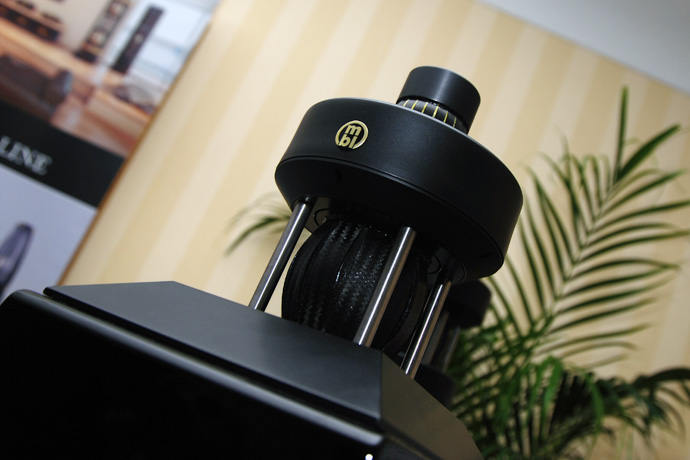 The party trick of the MBLs, though, was that the varied performances taking place in front of me sounded, without exaggeration, completely without the 126s' cabinets. Ostensibly, then, the German speakers might as well have not been propped up only a few feet from my central listening position, for it was like hearing into the music through an enormous and open window. To my ears, the sound's complete detachment from the speaker box was organic in a way that traditional direct radiators simply cannot achieve at any price.

That the MBL room has had a perpetual line of listeners outside its doors over the past two days is indicative, I think, of the utterly singular audial experience that MBL offers. It's not for everyone, in terms of both financial reach and sonic preference, but if nothing else it's inimitable. And I adore it.