In my report on speakers, I mentioned that new hi-fi electronics are much easier to find at TIAS than speakers are. That’s why, for this Tokyo International Audio Show (TIAS) 2019 coverage, I wound up with one article on speakers and, with this final installment, three on electronics. Below you’ll find more electronic components that I found at TIAS 2019, with all but one from Japan-based brands. All the prices are in Japanese yen (¥). Right now, one US dollar is equivalent to 108.62 yen. 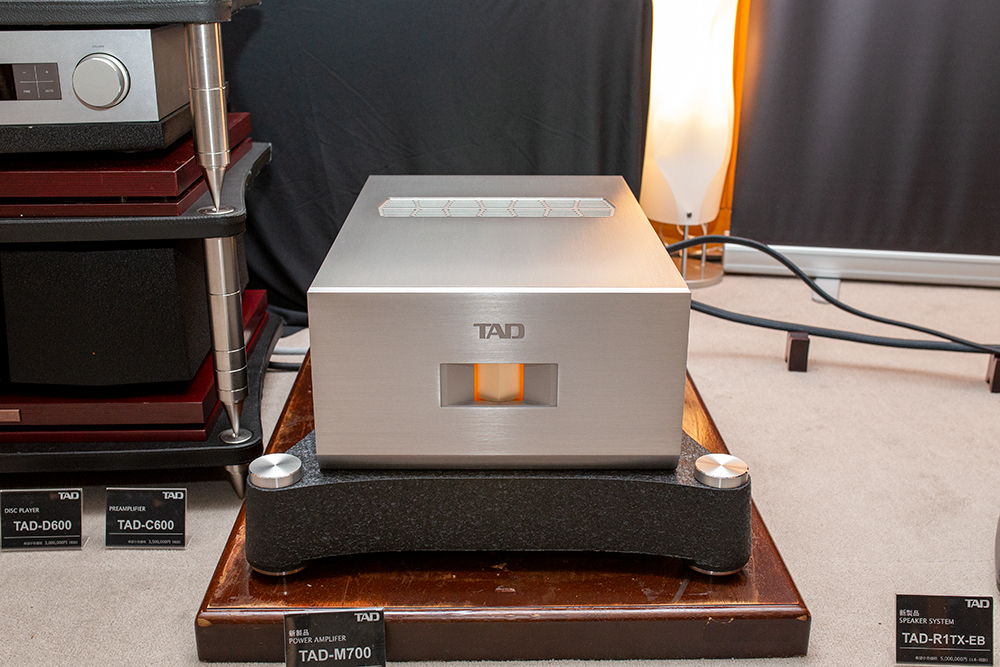 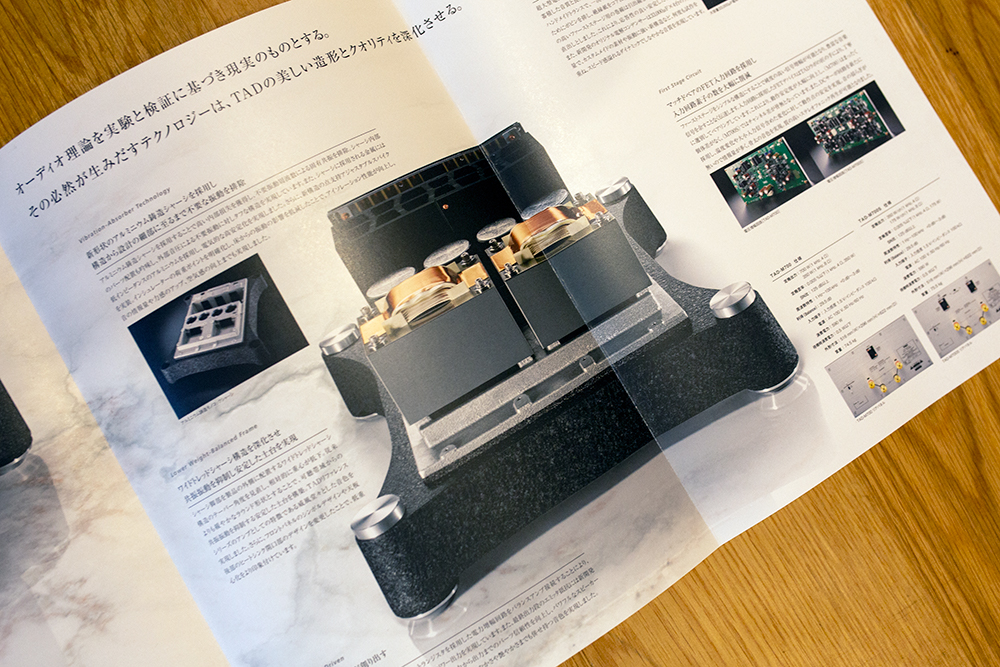 . . . the brochure, a great deal of effort was spent trying to damp vibrations. Whereas my photo makes it look like the M700 is a silver-colored amplifier sitting on a super-thick, dark-metal stand, the brochure shows that the dark metal part isn’t a separate stand -- it’s the base of the amplifier, where all the main components attach. 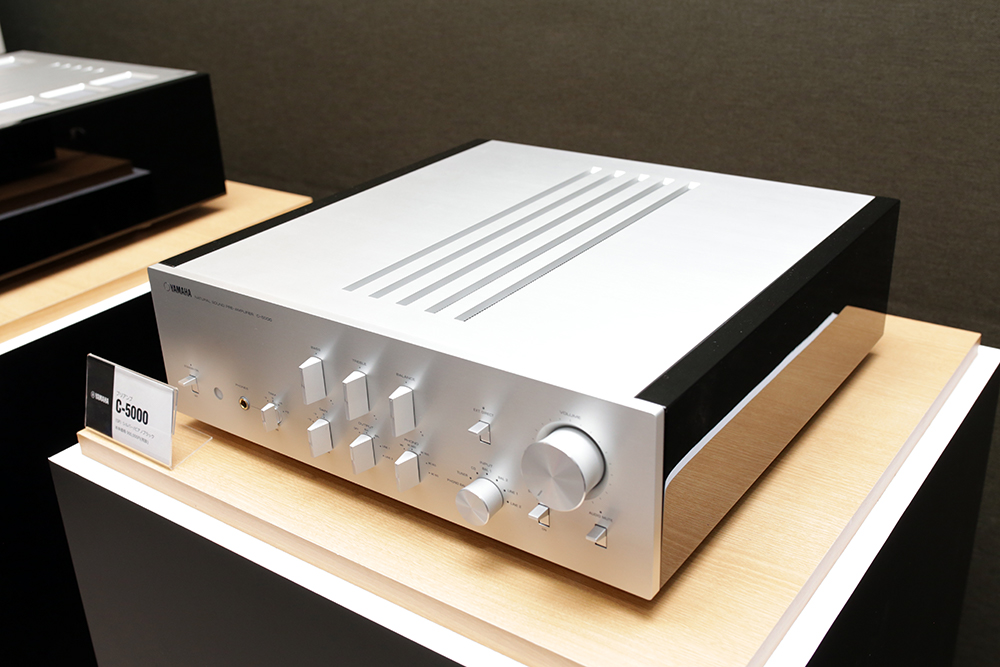 As I mentioned in my turntable article, Yamaha had high-gloss-black and wood-veneer versions of its GT-5000 turntable at TIAS 2019. The company also had silver . . .

. . . and black versions of its C-5000 preamplifier, priced at ¥900,000. Having a clear top on one of the C-5000s was a wise move, as it nicely shows the complexity of the design. The C-5000 is a full-featured preamplifier with six single-ended RCA and four balanced XLR inputs -- with one set of single-ended and one set of balanced inputs reserved for the onboard phono stage, which supports moving-magnet and moving-coil cartridges. Tone controls are also in there, for bass and/or treble adjustment of +/-9dB. 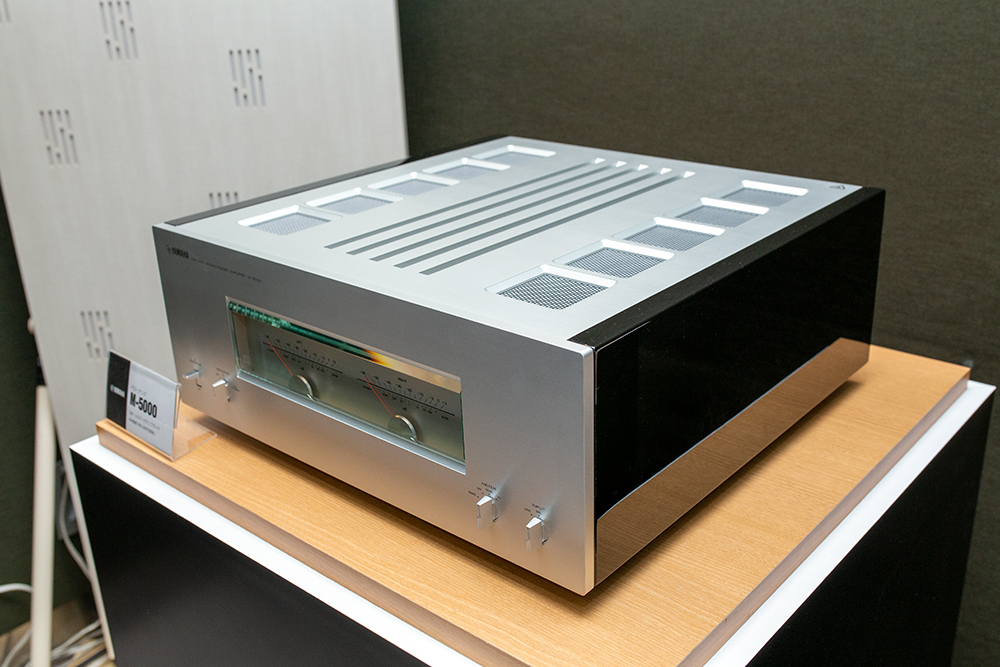 Likewise, Yamaha also had silver and . . . 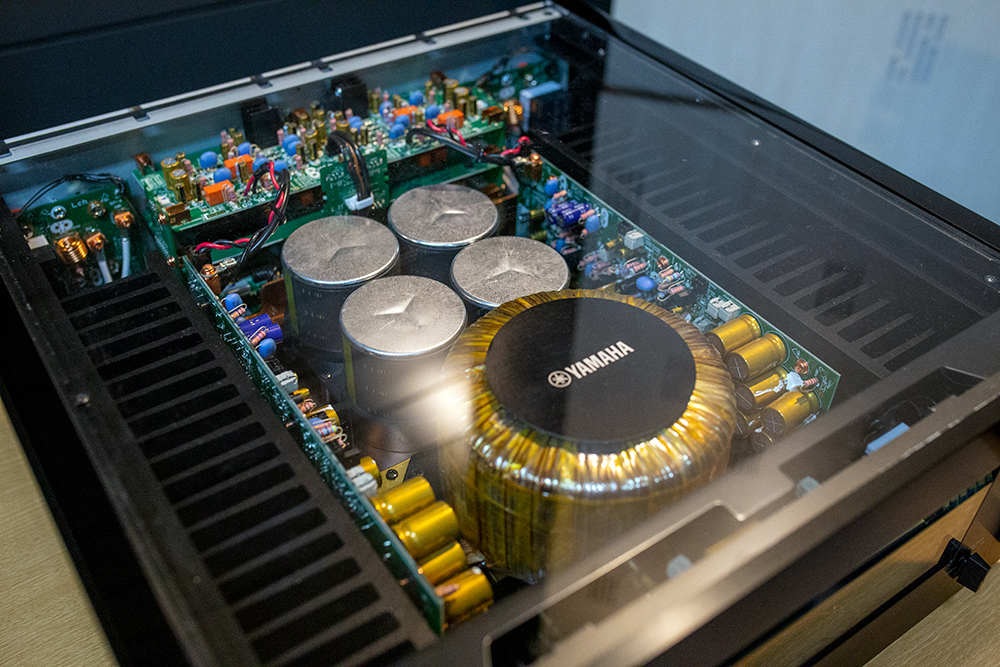 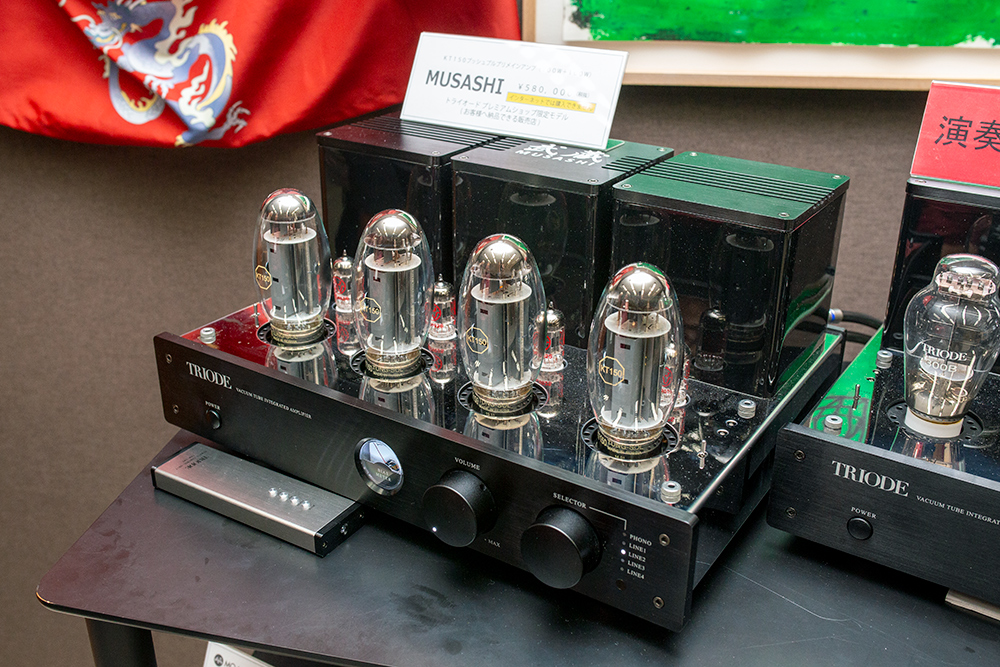 Japan’s Triode Corporation, which was founded in 1994, makes some really interesting tube-based amplifiers. Shown above is the Musashi, which uses a quartet of KT150 tubes to output up to 100Wpc into 8 ohms. It has one set of single-ended RCA inputs for the onboard moving-magnet phono stage, as well as four more sets of single-ended RCA inputs for line-level sources. The Musashi’s price is ¥580,000. 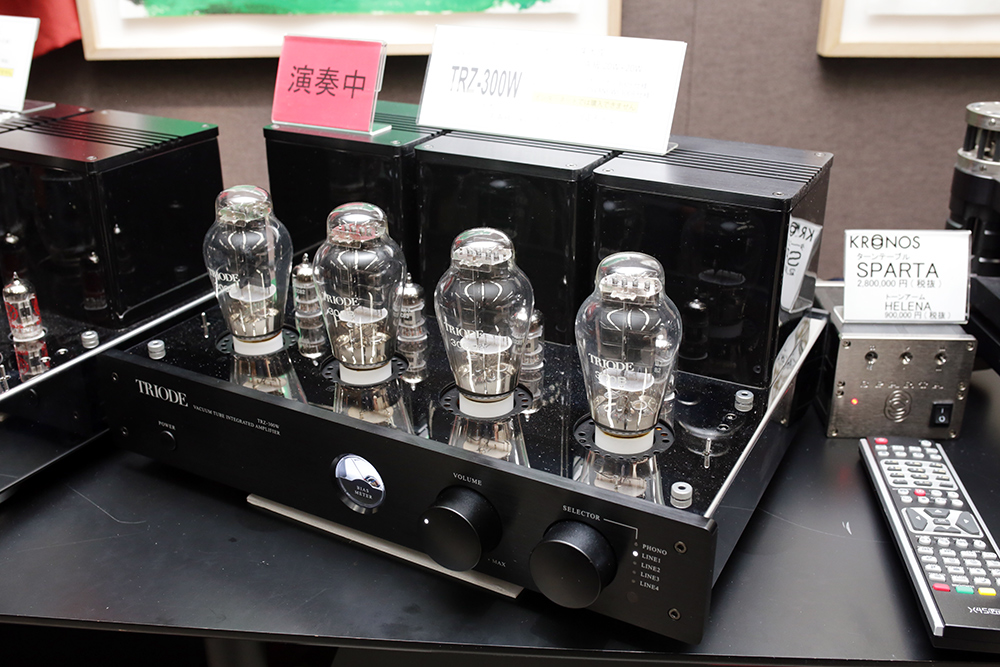 Triode’s newest amplifier, the TRZ-300W, is priced at ¥480,000 with the company’s standard 300B tubes and ¥572,000 with Psvane WE300B tubes. Rated at 20Wpc into 8 ohms, the TRZ-300W also has an onboard moving-magnet phono stage and the same number of inputs as the Musashi has. When I was in the room, the demonstrator was doing a tube swap, presumably to show the difference in sound between the tube types, but a prior commitment didn’t allow me to stay for it all, so I can’t really comment on the sonic differences. 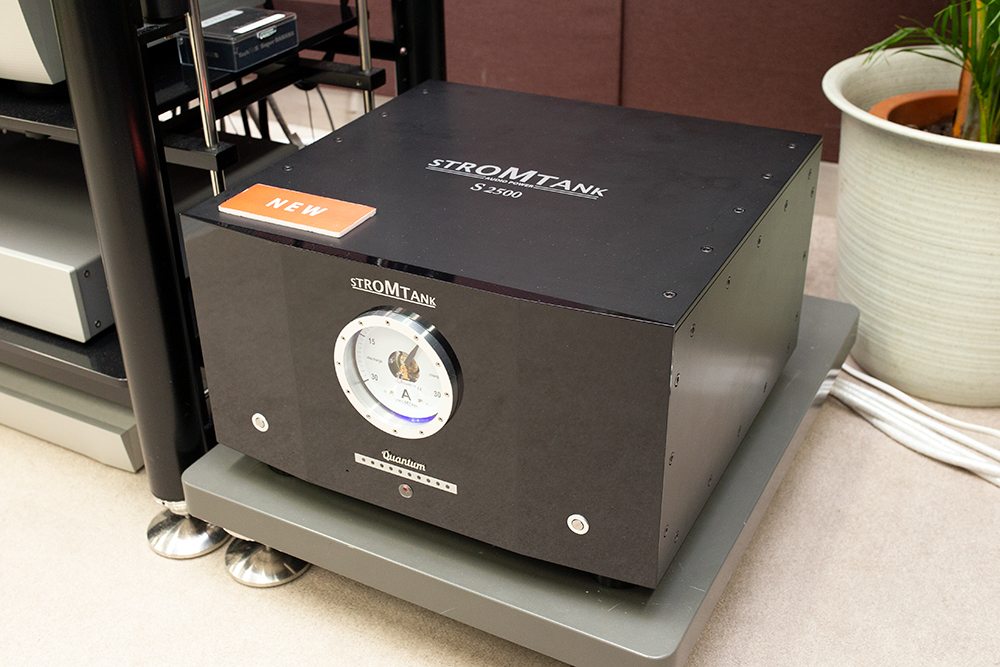 Finally, the non-Japanese product of the bunch -- the Stromtank S 2500 Quantum, priced at ¥3,800,000. The company is based in Berlin, Germany. I initially made the mistake of calling the S 2500 Quantum a “power conditioner,” but was quickly corrected in a very Germanic fashion that it’s much more than just that. “Stromtank makes independent power supplies operating completely isolated from the grid,” a rep from Stromtank said. “They each contain a battery pack with state-of-the-art technology . . . and a highly sophisticated DC-AC converter. We make models operating between four and ten hours without any interruption, so the internal power generator makes sure you have stable voltage and frequency any time of the day.” The same rep told me that the S 2500 Quantum is an upgraded version of the brand’s original S 2500, which she likened to this new version now becoming part of the AMG division of Mercedes-Benz.