I felt most antisocial. Disconnected. Cut off.

While I use headphones quite regularly, I haven't extensively auditioned them at audio shows. Here I was, though, listening to a pair of AudioQuest's new NightHawk headphones -- swimming in music while an entire show went on around me. Sitting there, listening to some nifty '80s rock courtesy of high-resolution (well, CD resolution really) streaming via Tidal high-fidelity music streaming service, I was in my own little cocooned world. It was nothing like riding the subway, or riding my motorcycle with 'phones jammed deep into my ears. No, while wearing these impressive cans, I was now in another dimension that was at a slight angle to the one I'd just left. 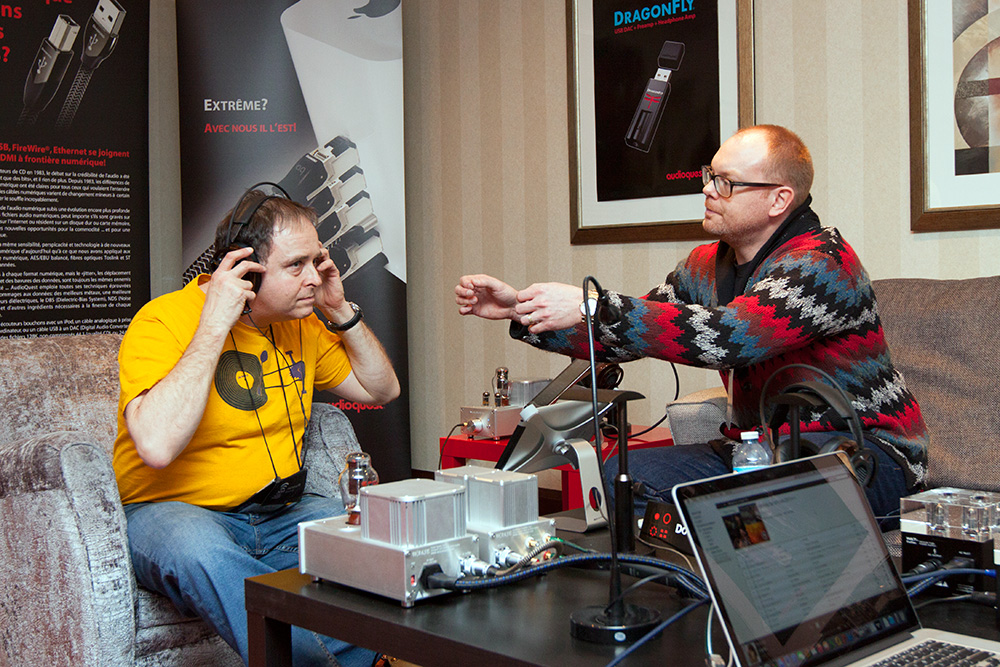 The headphones themselves were part of the reason for my disconnect. According to Stephen Mejias of AudioQuest, the NightHawk headphones are a semi-open design, which, in theory shouldn't offer total sound isolation. However, they did block off enough ambient noise (of which there was much) to render the outside world almost totally mute.

The NightHawks are luscious-looking units with swirled, injection-molded Liquid Wood shells, and they fit just great. The well-padded earcups make contact via a small surface area that avoids hot spots, and the headband suspends their light weight in such a manner as to make them feel even lighter still. Through a DragonFly DAC feeding a Woo Audio WA7 amplifier, the NightHawks ran that fine line between hot detail and relaxed silkiness. I had expected exaggerated bass from a pair of statement-level headphones, especially from a company that was introducing its first pair and maybe felt compelled to make some sort of point. But no -- the bass was tight and correct, not prominent in the least. Good job! 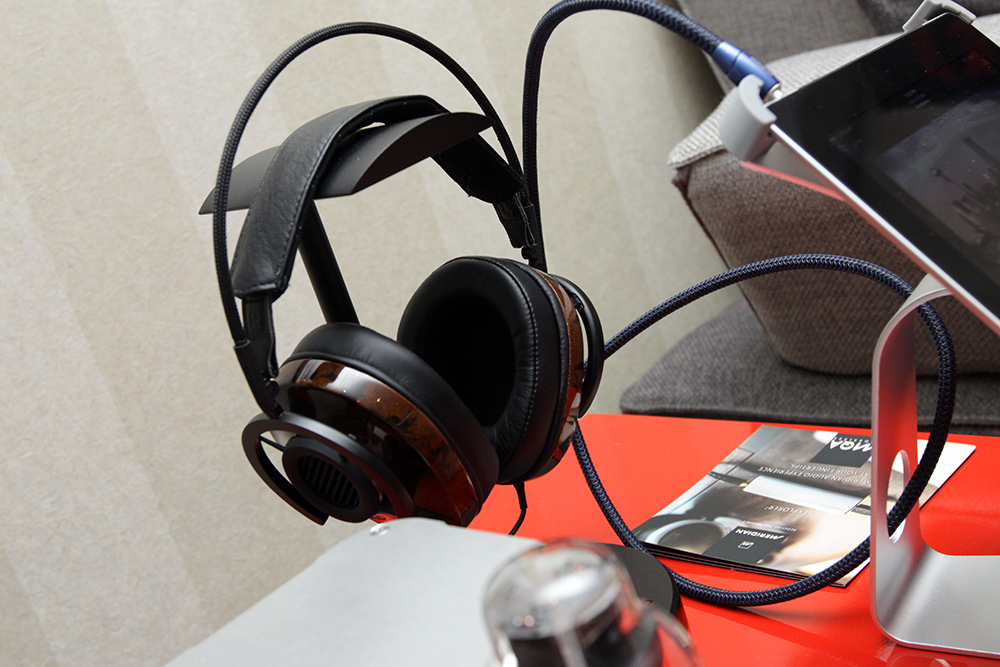 I came back for a later listen, but the AudioQuest room was locked down for a seminar, so I latched on to a set in another room. Relegated to files physically on that PC, I cued up Brian Eno's Another Green World and returned to the twilight zone. Listening to Percy Jones's wild bass and Fripp's incendiary guitar was revelatory, and I sat there entranced as I watched other paunchy, middle-aged white males come and go, fondling equipment as they shuffled by.

So yeah, it's been a while since I've used headphones other than for occasional listening while I work. I need to investigate a good set of cans. Apparently AudioQuest will be bringing out a full line of headphones, with some at prices more approachable than $699 CAD, which, as of this writing, is just a little out of reach for me.