I don't often sit in one room for any extended period of time unless a speaker specifically grabs hold of me and doesn't let go. When that happens, it's usually the result of either a massive overload of tubes, or some kind of exotic electrostat. I'm rarely captivated by a small speaker powered by solid-state electronics. 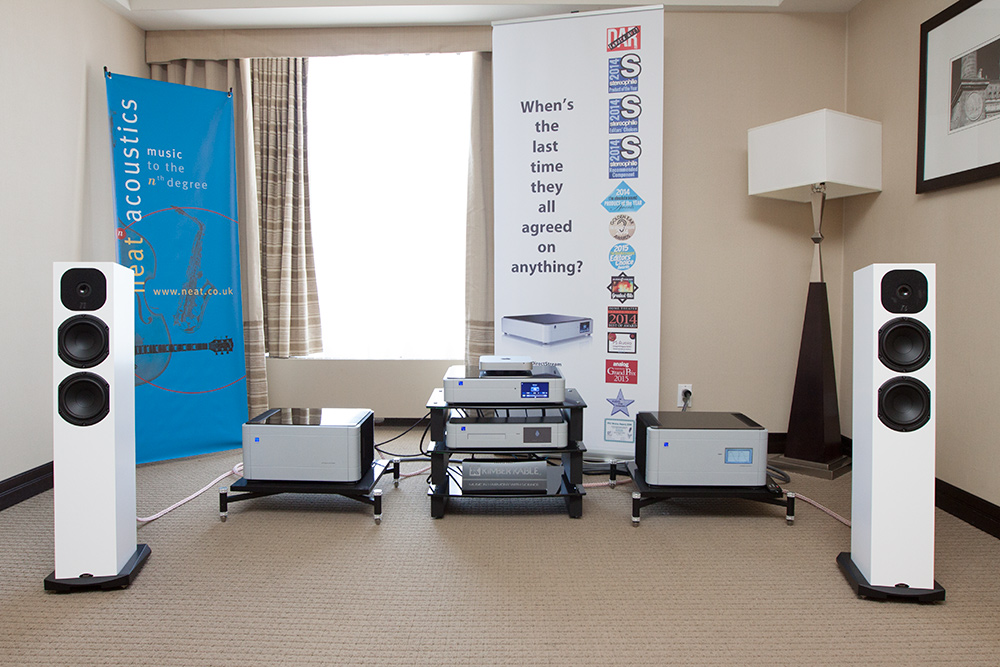 When you first sit down and listen to the Neat Acoustics Motive SX1 speaker, it's not immediately apparent just how good it is. The bass goes decently low, but it doesn't break the laws of physics, which state that you need lots of box volume for depth and intensity. The treble isn't particularly prominent, and the midrange isn't sucked out to provide the illusion of depth. Instead, the Neat Acoustics speakers present an uncannily balanced sound, one that's easy to listen to and doesn't overload the room (a particularly important point, given the modest size of the Hotel Bonaventure rooms). The SX1 is an extremely compact floorstanding speaker, weighing in at only 31 pounds, but Neat Acoustics states that this speaker will extend down to 25Hz. This sounds somewhat optimistic to me, but it's immediately apparent that the SX1's bass is very, very well fleshed out and extremely tight. At $3395 CAD per pair, the Motive SX1 seems very reasonably priced considering its performance.

I had the pleasure of chatting with Paul McGowan about the genesis of PS Audio's newest amp, the BHK Signature 250. We also discussed his long-time partnership with Bascom H. King, the amp's designer, and the circling back to a tube input stage -- old becoming new again. So this stereo amp features two 6922 tubes on the input stage, and MOSFET output devices. Fully balanced from input to output, the BHK Signature 250 will retail for $10,500 CAD when it ships this coming June. The PS Audio amplifier obviously gripped the Neat speakers with some serious authority, but it also showed remarkable finesse when I turned up the volume. 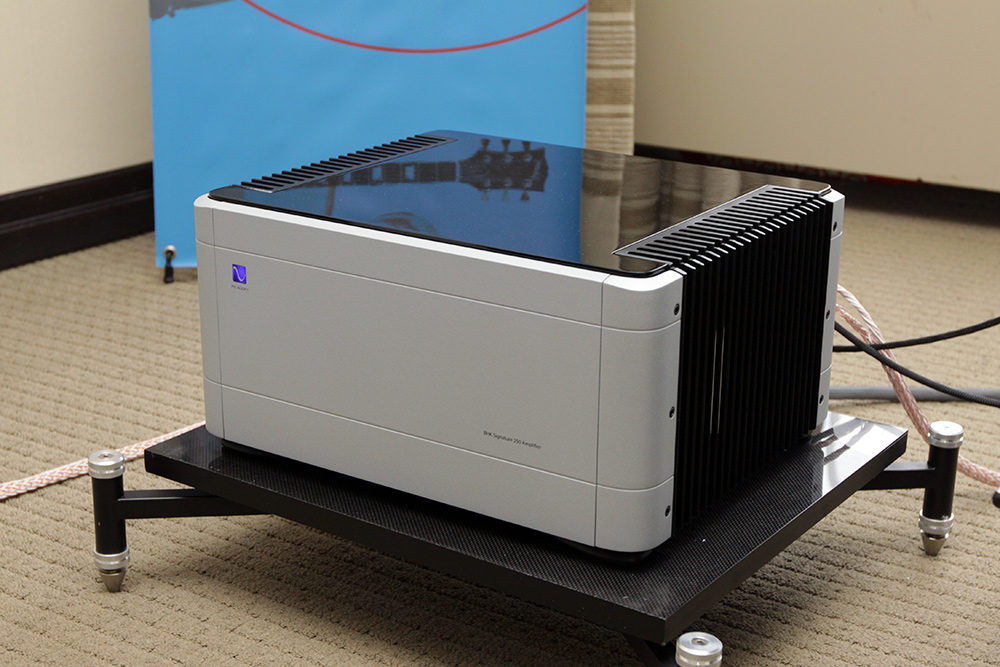 Working north from the amp, the source was PS Audio's DirectStream DAC ($6999 CAD) being fed by a Hans Wetzel-approved MacBook controlling a Mac Mini. Downstream from the amp was the PS Audio P10 Power Plant ($6399 CAD), which I initially mistook for a matching power amplifier. PS Audio is serious about the quality of AC power. It's essentially impossible to determine under show conditions what's responsible for the quality of sound in a room. There's no question that the system in the Kimbercan room (PS Audio's distributor in Canada) certainly wasn't hurting for clean power or a good set of speakers into which to pour it.

Cabling in the room was all from Kimber Kable, and the stands were especially nifty -- from Custom Design, the Milan 10 Hi-Fi three-shelf unit looks extremely cool and retails for a most reasonable $799 CAD.

On the whole, this was a real-world system that I could easily live with, and it deserves consideration if your living space necessitates a smaller speaker system that still needs to perform full-range duties.