I'll cut to the chase and tell you now that Paradigm's new Tribute loudspeaker is the company's best looking and, from what we could tell at TAVES 2012, best sounding loudspeaker to date. In the case of the former, that might not be saying much -- a little over ten years ago most Paradigm loudspeakers were pedestrian-looking rectangular boxes. Beauty wasn't their thing. It's only recently that they've really upped their styling, and the Tribute is a great example, particularly the Dark Garnet Gloss finish, which is gorgeous. But in terms of sound, that's saying a lot. For decades, Paradigm has consistently produced speakers that perform far in excess of their price. 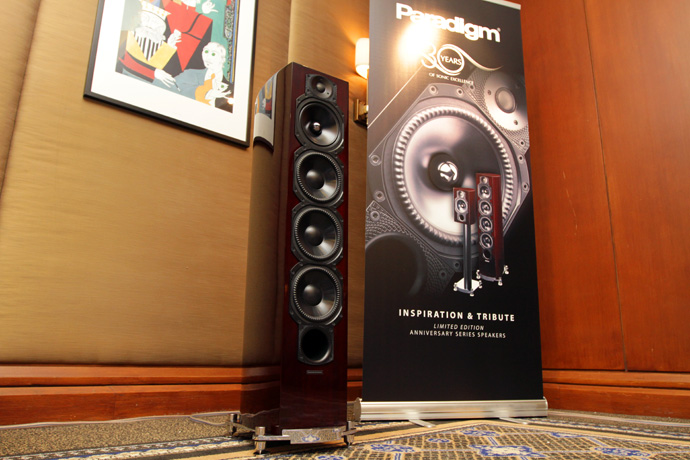 But more must be said about the Tribute. I think some might think it to be nothing more than one of their Signature S6s with a fancy new finish and some other cosmetic embellishments. From what I gleaned from their designers, however, that doesn't seem to be the case.

The new Tribute, as well as the bookshelf-type Inspiration, which is less than half the price, contains Paradigm's latest-generation driver technology. The result is wider bandwidth, higher power handing, and lower distortion. The drivers have also been recessed far deeper into the cabinet than in most other Paradigm designs, including their top-of-the-line Signature series. What this translates to in the listening experience is better clarity than I've ever heard from a Paradigm speaker, particularly through the midrange, along with tighter, deeper bass. 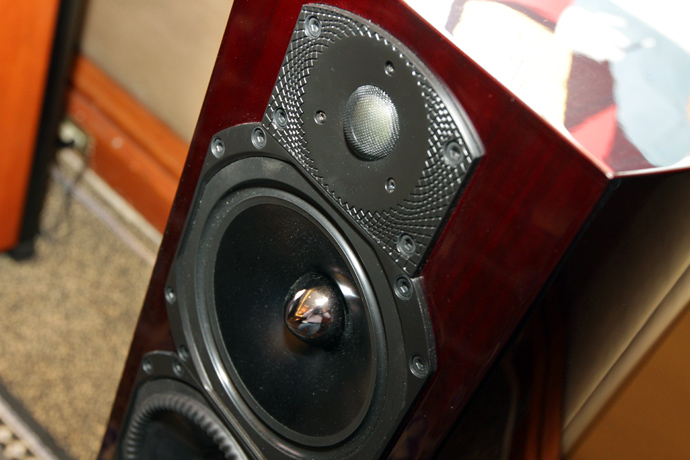 In fact, the Tribute sounded so full, open, and refined that it could easily put to shame many of the boutique-brand floorstanders that sell for three, four, or even five times its price, in turn making it one of the best-value high-end loudspeakers on the market today. Ever want a $25,000 loudspeaker for a quarter of the price? Paradigm seems to have it. Could the Tribute be better? I can't see for the price how it could be, but I wouldn't be at all surprised to see this technology introduced into their newest iteration of the Signature series, which must be coming along in the near future since the current line has been out for about four years. Paradigm's mum on that project, mind you, but I don't think that we'll see anything before 2013.

Here's another thing that's not apparent from looking at or listening to the Tribute, but that I think is important -- the entire speaker, including cabinet and drivers, is made in Paradigm's Mississauga, Canada-based factory. The gleaming finish is also done there, and it's in stark contrast to the fancy, shiny cabinetwork seen on so many speakers today -- work that's usually done in China. If being made in North America is important to you, Paradigm's Tribute and Inspiration models deliver that. 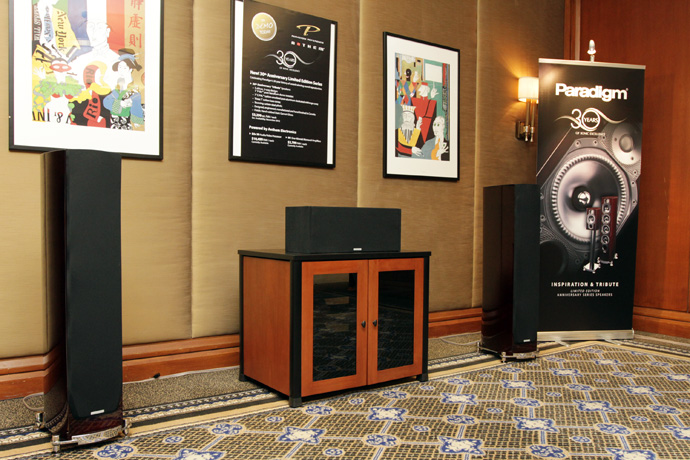 But here's the Tribute's only shortcoming: it's a limited-edition design that celebrates Paradigm's more than 30 years of being in business, so only 200 pairs are being made (300 pairs of the Inspiration bookshelf will be produced). So if you want a piece of history, and what appears to be a superb high-value design, you'd better act fast -- Paradigm is making the Tributes and Inspirations right now and they'll be at dealers in November. Don't miss out.