The French get a bit of a bad rap. There was Napoleon Bonaparte, the Corsican who developed the eponymous complex. There was the Great War, where France endured almost 1.4 million military deaths. And finally there was the Second World War, where the French were overrun by a failed artist with a God complex and a bad mustache. Militarily then, things have not always gone well for the western European nation. Yet they are renowned for their cheese, their fashion, their new wave -- indeed, for almost the entirety of their cultural tapestry. Taste in the finer things seems to be part and parcel of being French. 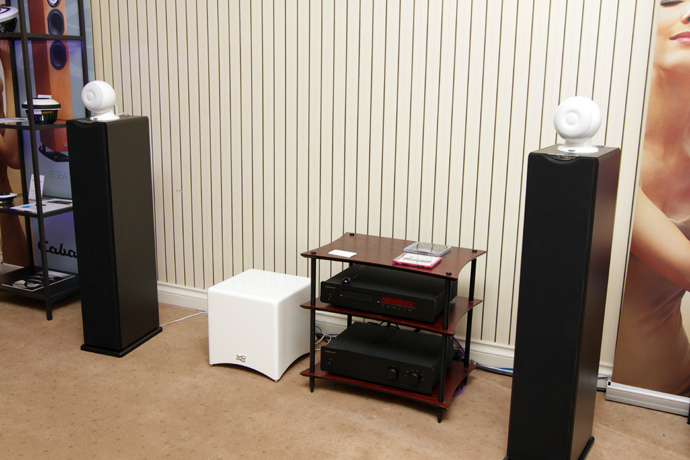 So it is with their audio manufacturers, as French company Cabasse demonstrated their deceiving CinéOle powered 2.1 sound system. Priced at $1800, the fashion-forward system includes a pair of spherical satellite speakers and a subwoofer with a built-in digital-to-analog converter and a triumvirate (I didn't forget the Estates-General of 1789 that preceded the French Revolution) of amplifiers. Each satellite is powered by a 25Wpc amplifier, while the subwoofer relies on an 85W amp. Inputs include one analog RCA input and one optical digital connection, while the system has a specified frequency response of 35Hz to 22kHz. A universal remote, wired infrared module, and all the cabling one could need are included in the box.

It would be easy to dismiss the CinéOle as a lifestyle product, but it produced remarkably cohesive sound considering its svelte and stylish appearance. Cabasse representative Patrick Sareault was animated when showcasing the speakers, and based on the sound quality of the relatively inexpensive system, it was not difficult to see why. Available in either a high-gloss white or black finish, it proved a compelling package, with the coaxially arranged .75" tweeter and 5" woofer producing a rich sound that was anything but hollow or lean. Even the small 8" subwoofer was an overachiever, as it dug deep without sounding bloated or plodding. Unlike with other 2.1 systems that we've heard both here at the show and elsewhere, it was the synergy between the satellites and the subwoofer that was its most impressive characteristic. I actually got the impression that I was listening to a properly executed hi-fi setup that just happened to be attractively packaged. The CinéOle even features an auto-standby feature that will deactivate the system when it's not in use! Clever. 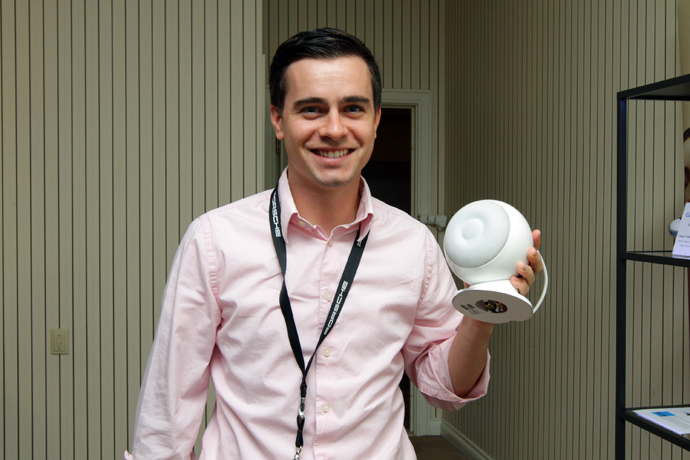 There are definitely cheaper 2.1 speaker systems out there. There are also 2.1 systems available with better performance. But these quintessentially French devices sound terrific while contriving to look even better. Just don't ask them to defend themselves . . .