Measurements and a Listening Panel

Setting up the Magico Q7 loudspeakers for TWBAS 2012 meant more than just placing them in the room, listening to a few tracks, making an adjustment or two, and then calling it a day. In the case of TWBAS 2012, a listening panel consisting of Vitus Audio's Hans-Ole Vitus, Magico's Alon Wolf, and me, along with three microphones and two software-based measurement programs, were called into service to get the Q7s dialed in to perfection. 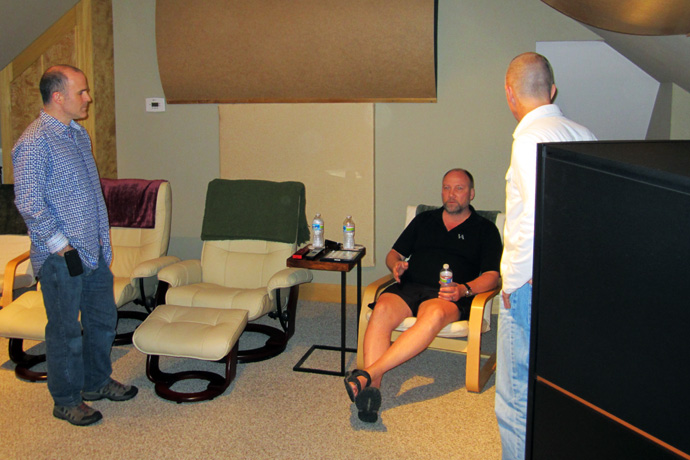 It started with the bass -- usually the hardest to get right -- and that meant finding the optimal distances from the loudspeakers to the room's boundaries. The Q7's bass response became the most linear, with full-level response to 20Hz, when they were moved just slightly forward of where other large speakers have resided in my room. The frequency-response graphs we took indicated that room modes were relatively minor. The Music Vault was very quiet even with music that had extreme low-bass content, letting the sound of the loudspeakers dominate what we were hearing in the room around us. Bass decay was natural and with absolutely no boominess. Nice! 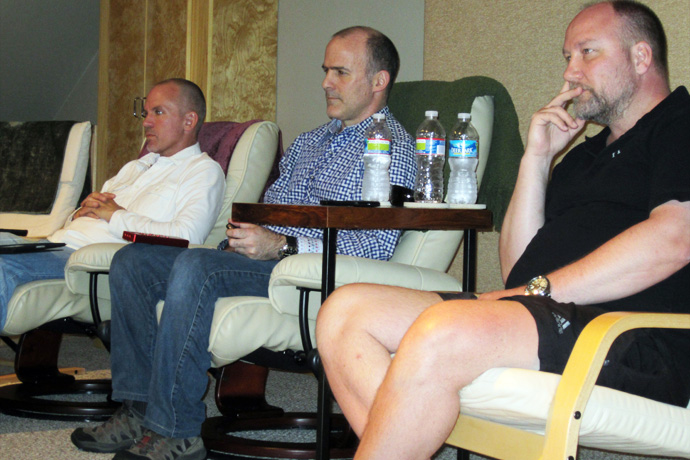 Next up was loudspeaker toe-in, and this aspect of setup was simply a joy to explore, as the sound went from very good to simply phenomenal as we crept closer to perfection. We ultimately placed the Q7s slightly farther apart in my room than most speakers I've auditioned here, as this widening expanded the soundstage and actually made centrally located images even tighter in focus. Toe-in was not as extreme as with some speakers, where a direct listening axis is almost a necessity in order to get upper-frequency air and detail just right. The Q7s have very wide, even dispersion and sound very good even well off axis, not losing the lifeblood jump factor that makes music sound real.

The speakers wound up 65" from the front wall, 60" from the side walls, and toed in so that the tweeter axes crossed about 12" behind the listener's head. Distance between the Q7s was an even 12', and each speaker was 11' from the listening position. As Wolf was conducting his measurements he said, "I've never seen a room measure as symmetrically." The frequency-response graphs from both loudspeakers were in fact virtual overlays of each other, indicating the quality of the room and the acoustic consistency of the two loudspeakers. Below is the in-room measurement graph I took using TrueRTA.

Having Hans-Ole Vitus on hand was instructive. When asked what he thought of the final sound, he said, "Not bad. In Denmark when you hear someone say 'Not bad,' that means that it is extraordinary." Suffice to say he was happy. Alon and I concurred.