I’m convinced now more than ever that in order for the hi-fi market to grow and be attractive to more consumers, the typical audiophile notion of more boxes (i.e., separates), and the many more cables necessary to chain the components together, must give way to all-in-one components that are still very high quality both in terms of build and sound, but are easier to use and more practical to fit in a room. Why? Let’s face it: most consumers today want less clutter in their rooms rather than more, and they like simplicity over complexity. I ran into two perfect examples of this approach in Sumiko’s and Hegel Music Systems’ rooms. 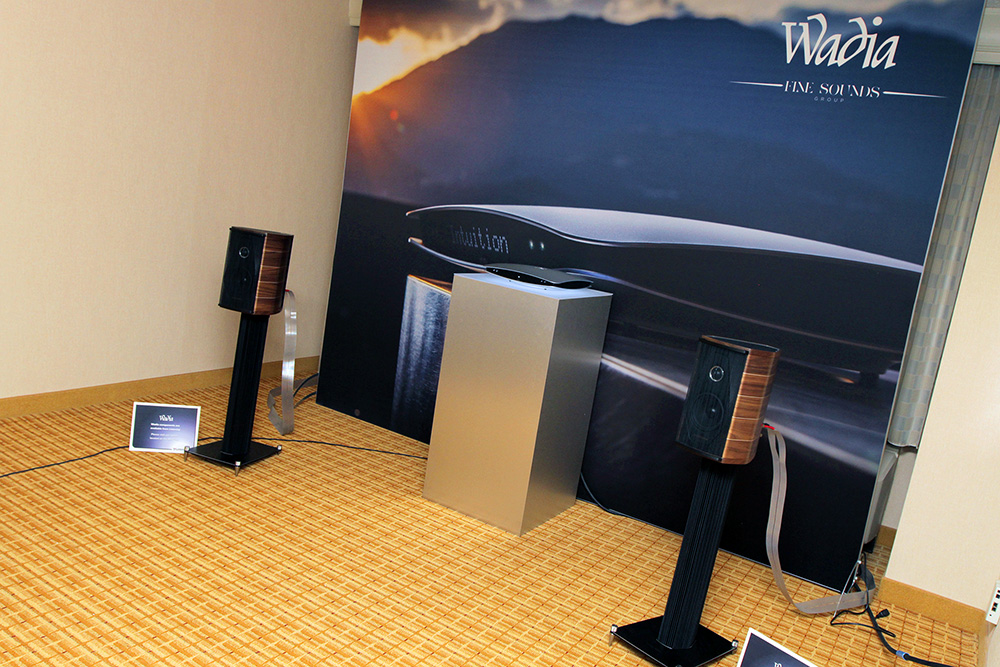 In the Sumiko room were a pair of elegant-looking Sonus Faber Olympica I speakers ($6500 per pair, plus $1200 per pair for the optional stands) being driven by a Wadia Intuition 01 ($7500), which houses an integrated amplifier plus a feature-rich DAC in its daring and gorgeous-looking outer shell. Up front was a MacBook Pro laptop serving music files, and connecting it all together were some Nordost cables. That’s it, that’s all. 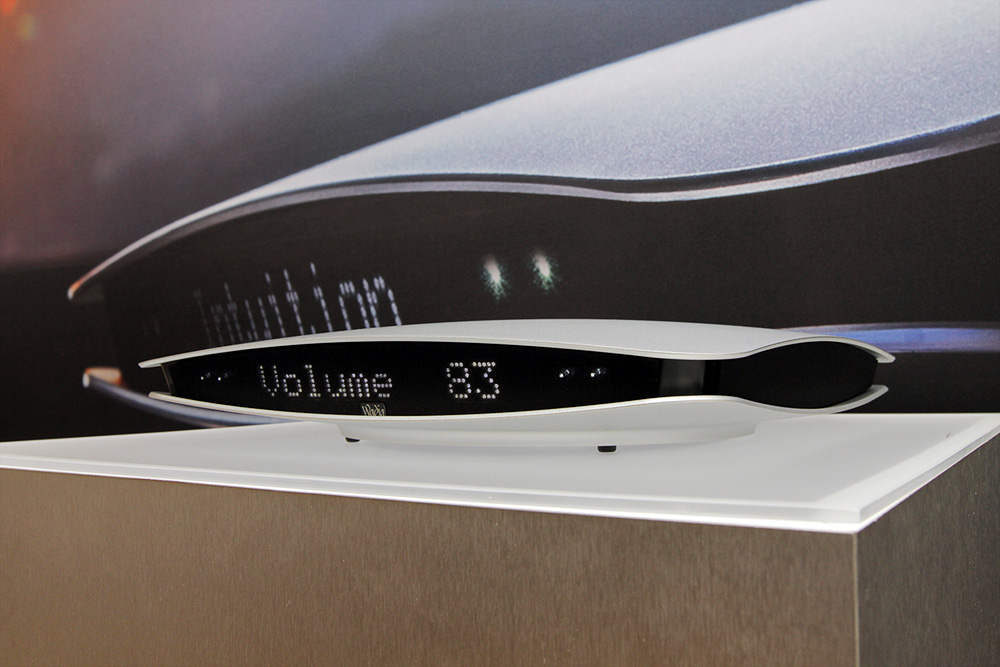 After enjoying this stereo for a while, I could fully understand why someone would buy a system configured just like this one and call it a day. Of course, one thing is the simplicity that a system like this brings versus separates, both in terms of component setup and operation, which is what the gist of this article is about. Another thing is the beautiful appearance of Sonus Faber Olympica Is and the stunning look of the Wadia Intuition 01, which can’t be underestimated or ignored in today’s marketplace since these aren’t just high-end components, but luxury goods given their not-so-insignificant prices. Quite simply, products priced like these have to look the part, and these do. Finally, the sound from them was very good. All told, it’s hard to ask for more -- particularly if more simply means more clutter and hassle. 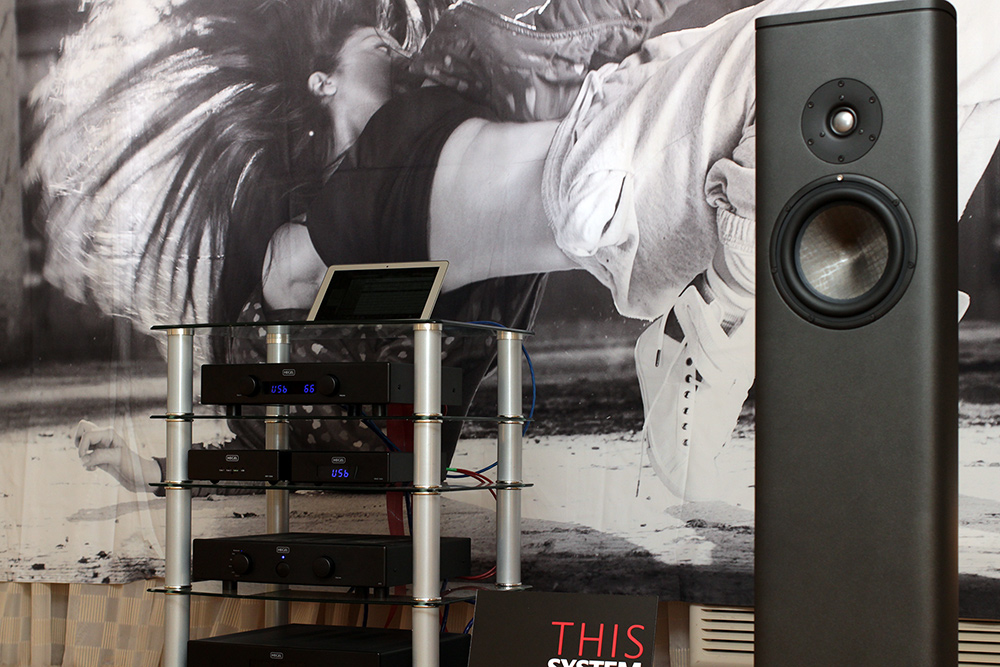 When I first walked into Hegel Music Systems’ room, I thought their system was complex, but after a couple minutes I realized that they were statically showcasing a number of their components there, but making sound was a simple stereo comprised of their new H80 integrated amplifier-DAC ($2000) and a pair of Magico S1 speakers ($12,600 per pair). Feeding music files to the H80 was a MacBook Air laptop, and once again Nordost cables were chaining the components together. 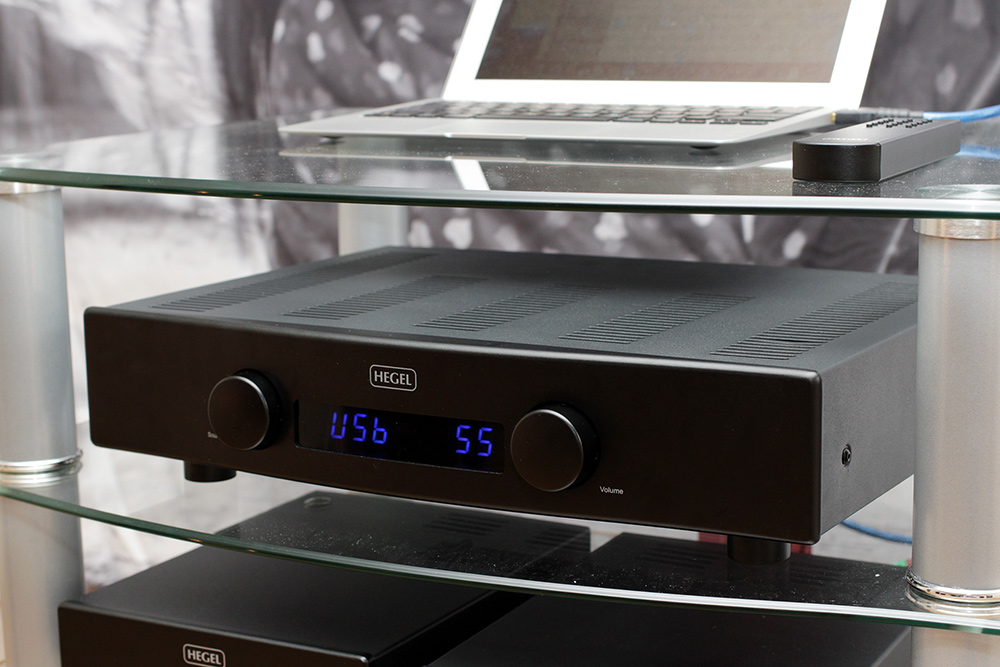 The thing about the Hegel-Magico combo wasn’t only the simplicity, but the sound. By no small margin, this was the best-sounding stereo I’ve heard so far, even among the many separates-based ones I saw kicking around, which brings me to an interesting, final point: this simpler-system approach doesn’t have to be about creating something that’s more convenient and attractive in a room; done right, the result might be something that actually sounds better as well!