Amplifiers, Preamps, and Integrateds! Oh My!

Although we didn't see the bounty of new products we normally find at shows like CES in Las Vegas or High End in Munich, Rocky Mountain Audio Fest (RMAF) saw a number of significant launches in the realm of amplification components: power amplifiers, integrated amplifiers, and preamplifiers. 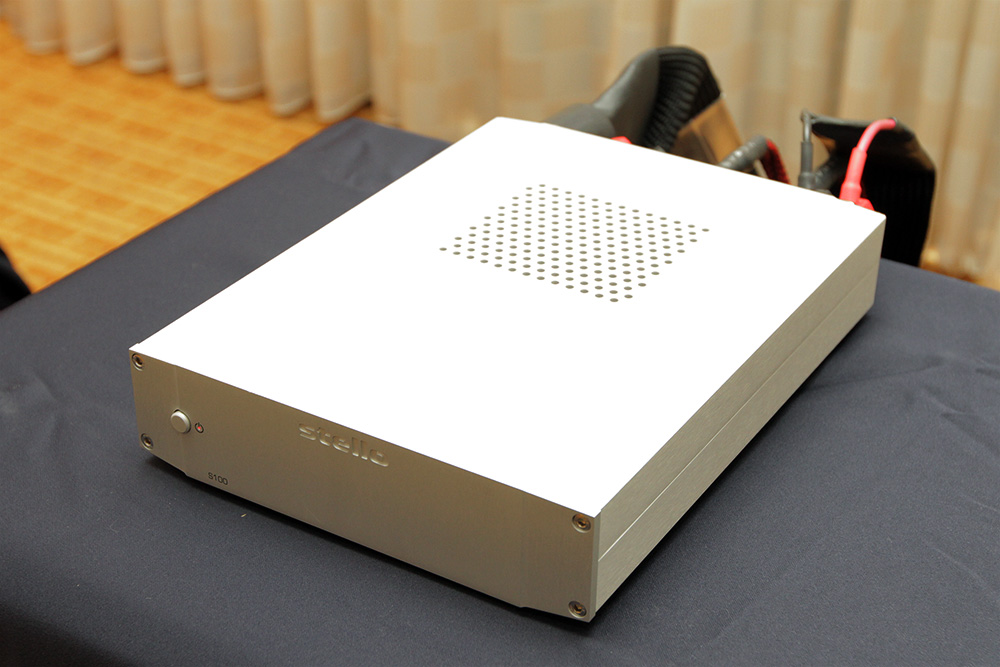 Stello's diminutive but very solid-feeling S100 MKII stereo amplifier is a class-AB design rated to deliver 50Wpc into 8 ohms. The chassis is all aluminum and, although small, houses a custom toroidal transformer. It's true -- everything this small is not class-D! The S100 MII's price is $1200. 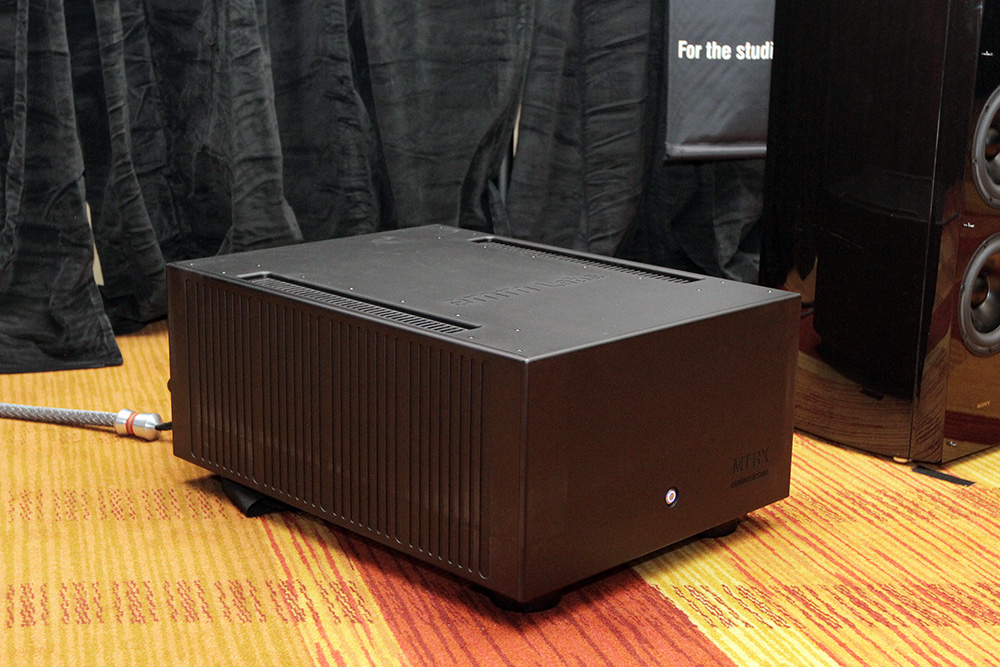 At the other end of the price spectrum is EMM Labs' MTRX monoblock power amplifier, which is rated to deliver 1500W into 4 ohms and a whopping 3000W into 2 ohms! Because the MTRX amps shown at RMAF 2013 were prototypes, the casework in the photo above is not representative of the final product -- the production models will reportedly be narrower, shorter, and more stylish. The expected retail price for the MTRX will be around $100,000 per pair, and a stereo version will launch sometime after the monos start shipping. 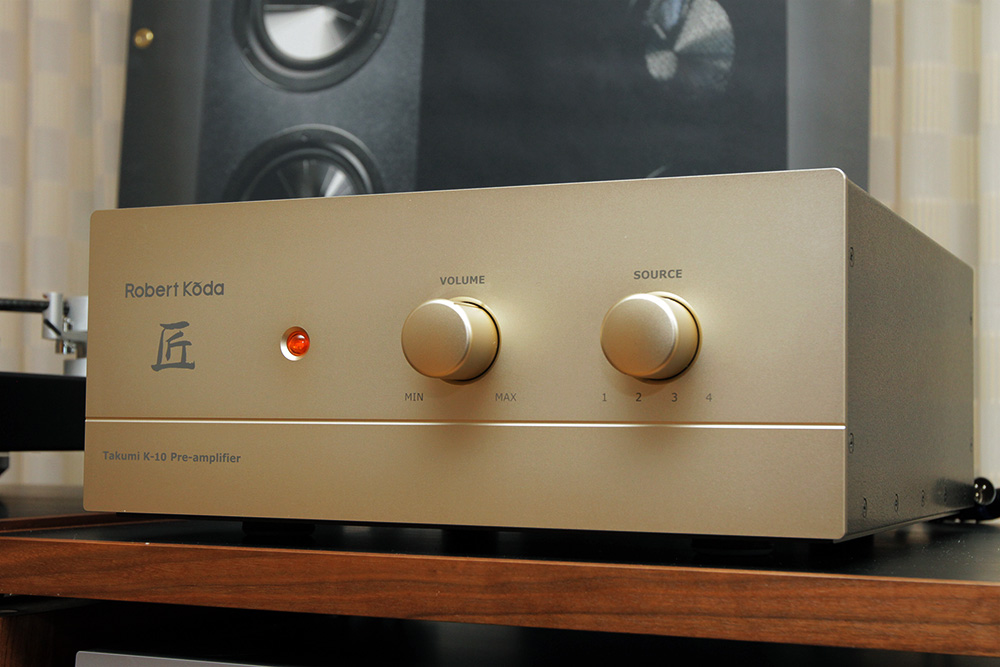 The gorgeous-looking Robert Koda Takumi K-10 preamplifier, which is made in Japan, is priced at $31,000 -- as much as a fairly nice car! This is a solid-state unit that is said to be "fast, linear, but still pure sounding." 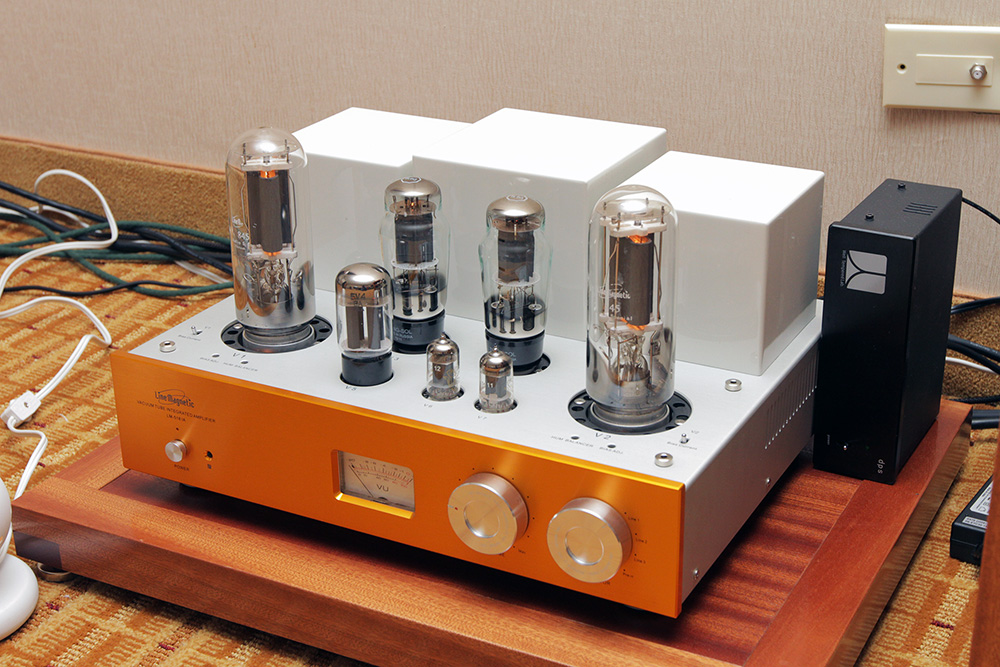 There were also amplifiers priced between the low and high extremes. One was the Line Magnetic Audio 518 IA ($4450) stereo amplifier, which is made in China and has a striking copper-colored faceplate. The 518 IA is a singled-ended design using 845 tubes, and is rated to deliver 22Wpc into 8 ohms. 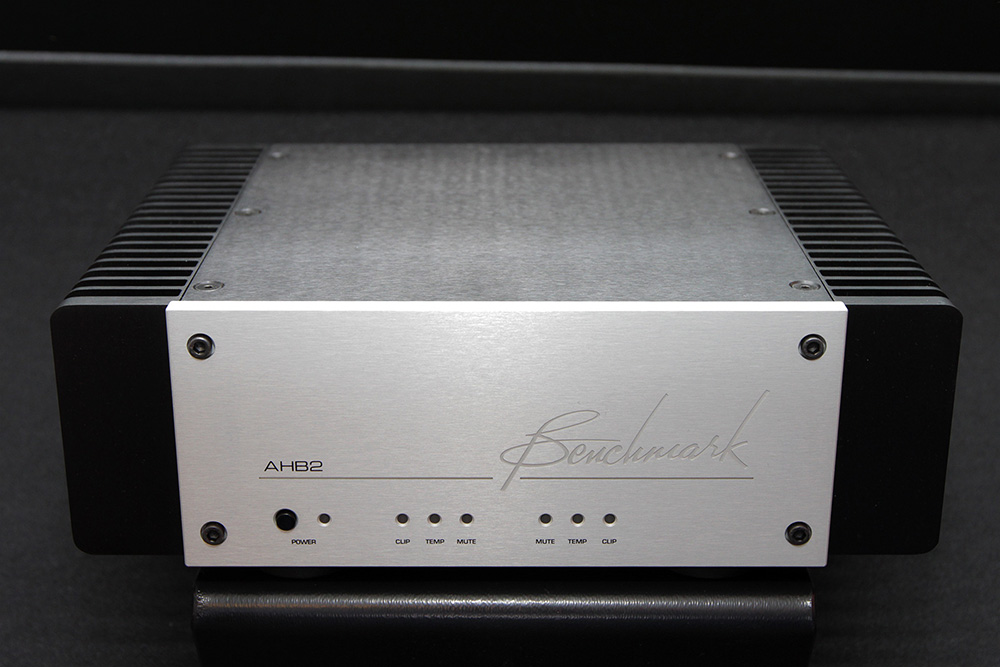 From tubes to newfangled: the Benchmark Media Systems AHB2 power amplifier is rated to deliver 100Wpc into 8 ohms or 170Wpc into 4 ohms when used in stereo mode, and 340W when bridged to mono. The AHB2 is said to use a combination of class-AB, class-B, and class-H topologies, in order to, as the company states, eliminate crossover distortion, as well as offer high power and high efficiency. 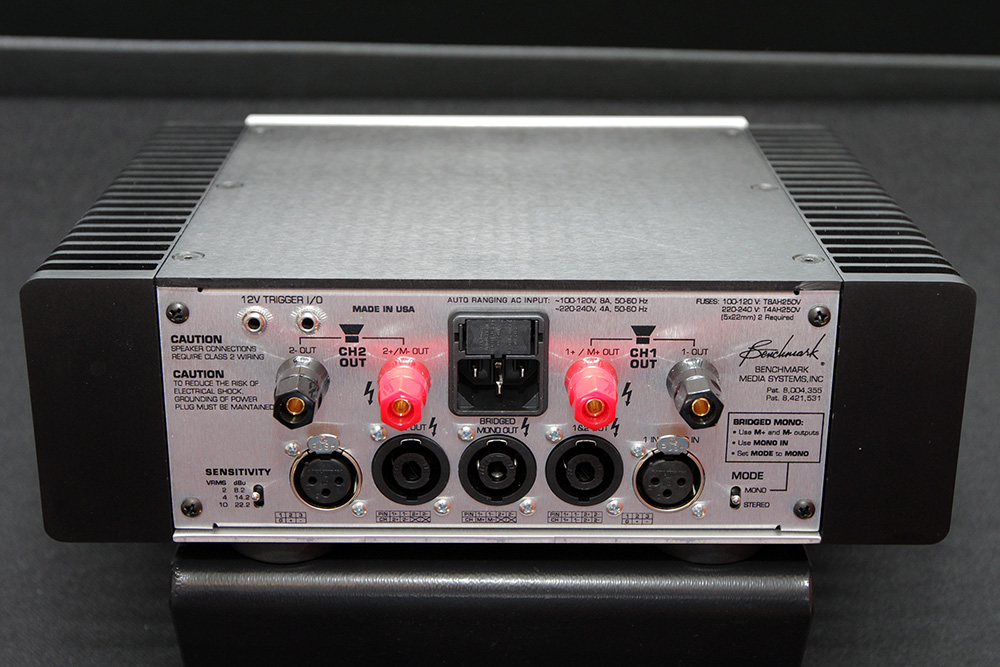 Unusual in the high-end circle is the use of speakON speaker connectors, which are more commonplace in pro audio, on the AHB2's rear panel. The price of the Benchmark Media Systems AHB2 is projected to be under $3000 when it's released in December of this year. 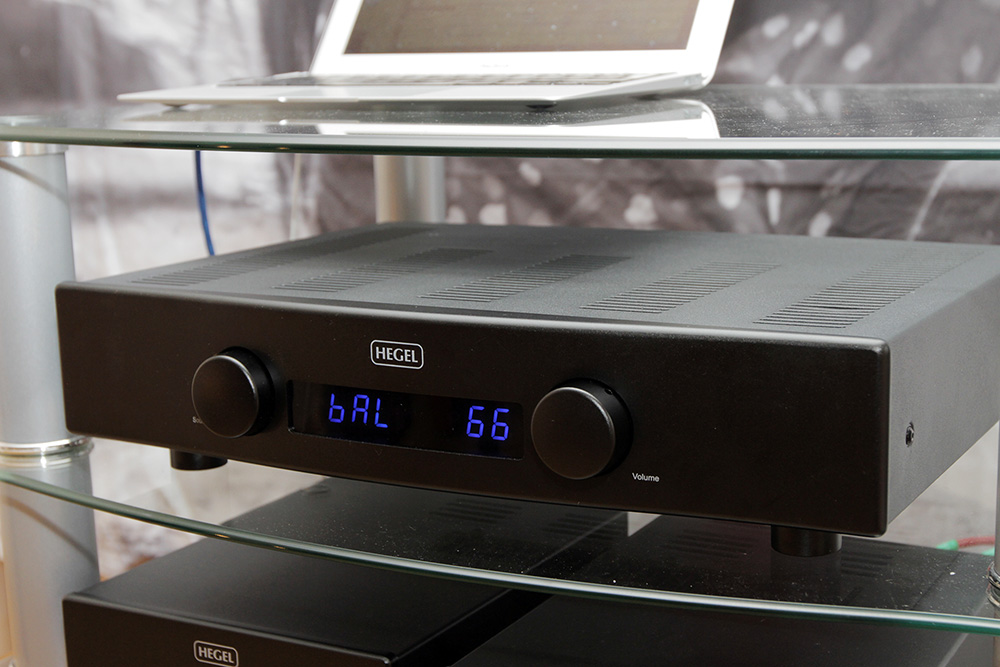 The newest Hegel Music Systems integrated amplifier is the H80, which is rated to deliver 75Wpc into 8 ohms. For the $2000 you'll pay for the H80, you also get a built-in DAC with USB and S/PDIF inputs! The H80 also comes with both RCA and XLR analog inputs. 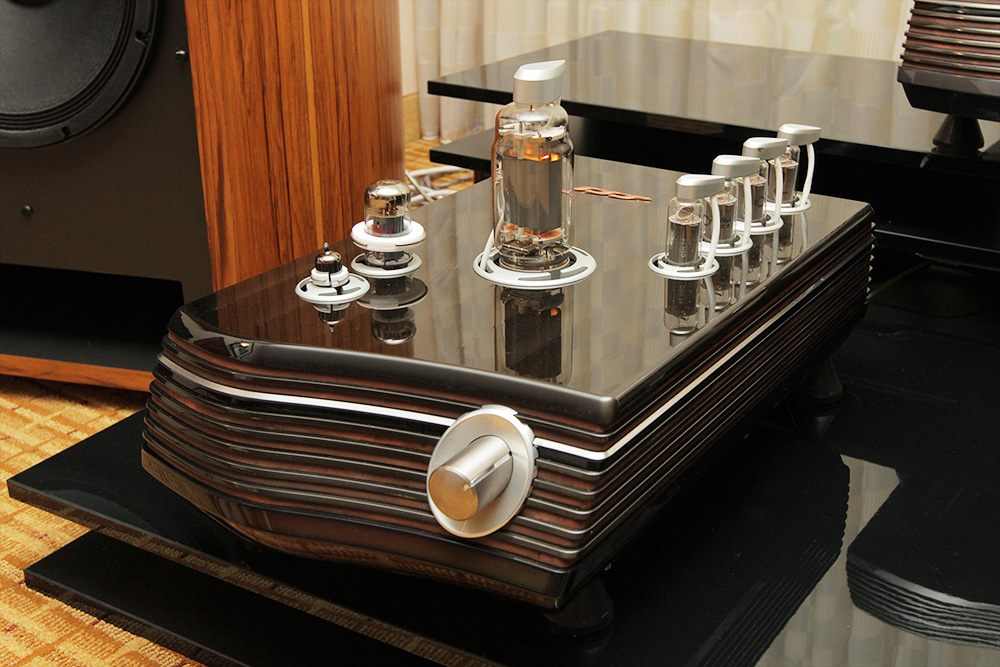 Lastly, and maybe the best looking of the bunch, are the SST Audio The Essence single-ended tubed monoblocks, which are priced at $62,000 per pair. These units output 40W and are made in Russia, although the chassis design is said to be a collaboration with Italian firm Zagato Studio.

Tubes, solid-state, class-everything . . . and at all different price points. The electronics at RMAF were as varied as the people attending the show. Something, truly, for everyone.