About a year ago I reviewed Ayre Acoustics' $14,950 VX-R stereo amplifier. I loved it back then, and it remains one of the very best amplifiers I've ever heard, as well as one of the most beautiful I've seen. If you own one, you're lucky. And if you'd like to own one but can't afford it (count me in that camp), Ayre's new VX-5 is likely what you're looking for. Ayre's North American sales manager, Alex Brinkmann, says the VX-5 will be "about $8000" when it's released later this quarter, yet, in my opinion, it looks and sounds like it could cost more. 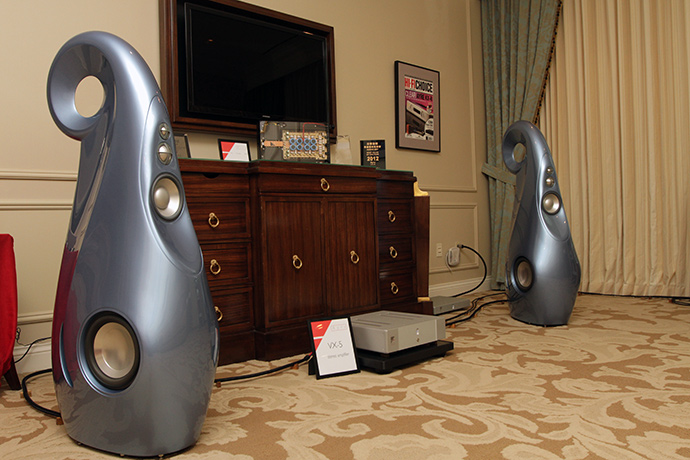 The VX-5 is rated to deliver 175Wpc into 8 ohms, so it's slightly less powerful than the 200Wpc VX-R, but it features their newly developed Diamond output stage, which, according to Alex, allows it to give the VX-R "a run for the money." They were using the VX-5 to drive a pair of Vivid Audio Giya G2s -- one of our 2012 Product of the Year winners and my pick for Best Loudspeaker in the World right now -- with sonic results that were nothing short of spectacular (I used the VX-R with the Giya G2s when I had them in my home). 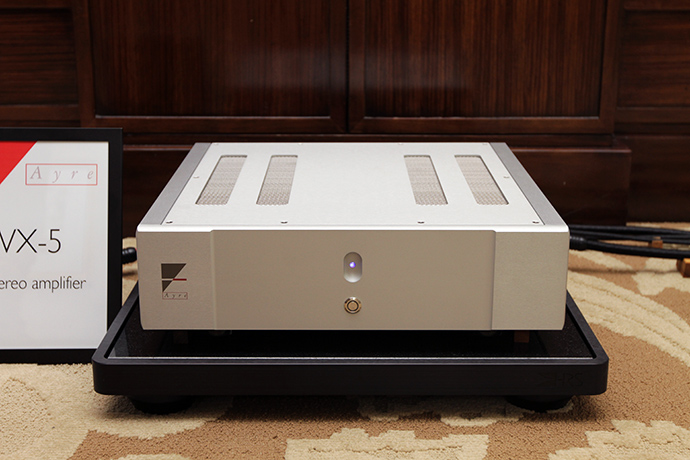 Looks-wise, the VX-5 also plays in the same ballpark as the VX-R. The VX-5's case isn't carved from a single block of aluminum and polished to perfection the way the VX-R's is, but it's made of thick aluminum panels and its styling is just as sharp; in fact, some might like its lines better, since beauty is as subjective as what constitutes good sound.

All told, Ayre's new VX-5 is as perfect a power amp as I've seen lately for the audiophile who wants high performance and high value. Value not in the sense of "budget priced," but as in "not a rip-off," since it's pretty easy to see and hear where the money is being spent with the VX-5, which isn't always the case in high-end hi-fi. If this all sounds enticing to you -- and it should -- I encourage you to contact an Ayre dealer to try out the VX-5. My next step is to request a VX-5 for review, and if it impresses me as much as the VX-R did, I won't only recommend it this time; I'll likely buy it as well.