Klippel: A Product You’ve Probably Heard Without Knowing It

Klippel GmbH is not a name that most audiophiles will recognize, but it's one whose work most will have heard. Klippel, started in 1997, is the brainchild of Professor Wolfgang Klippel. The company sells two products, the R&D System and QC System, both of which are evaluation tools that have been sold to hundreds of professional customers in the audio industry over the past several years. 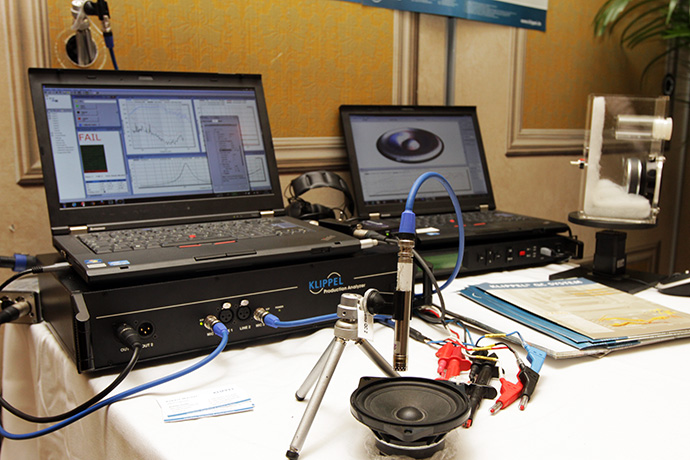 The R&D System uses an expensive laser to "map" individual speaker drivers over the course of an eight-hour torture test, during which time the Klippel will gather more than 1000 data points as a given driver is punished with repeated sine-wave sweeps. The end result is a computer-based data file that allows the user to visualize the behavior of the driver at various frequencies and amplitudes, and to measure harmonic distortion and intermodulation distortion. The output is both visually impressive and highly instructive to the designer. The R&D System demonstrates how significantly drivers can deform when pushed to their limits, with the inside of the driver operating out of phase with the outside of the driver, or even a wave-like deformity taking effect. This knowledge allows loudspeaker manufacturers to fully understand the properties of a given driver, and to design their products accordingly. The gentleman from Klippel demonstrated the sensitivity of the system by placing a few grains of salt on the sample drive unit and feeding it a simple sine wave. The resulting graph was noticeably different from the baseline readout, and it exhibited several aberrations attributed to the presence of the salt on the cone. You can imagine, then, that there are huge differences in readouts when comparing tweeters or midrange drivers from different manufacturers. Effing cool, this stuff. 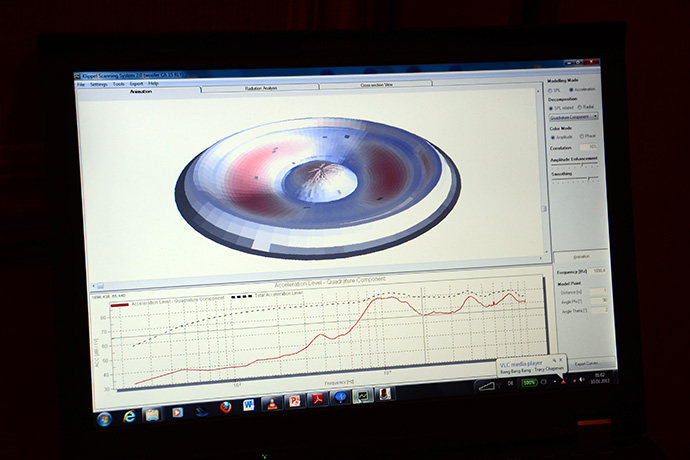 Klippel's QC System is as accomplished as the R&D System. As an end-of-line testing component for both transducers and cabinets, it can measure coil offset and imperfections in the bonding of a diaphragm with its associated surround, as well as measure leaks in loudspeaker cabinets. With a specially designed sample loudspeaker cabinet, the Klippel representative had me listen through headphones as he slowly waved a microphone around the chassis of the playing loudspeaker, focusing on a pinhole in the rear panel. I could easily hear the imperfection through the headphones, and it disappeared once the gentleman placed his thumb over it. 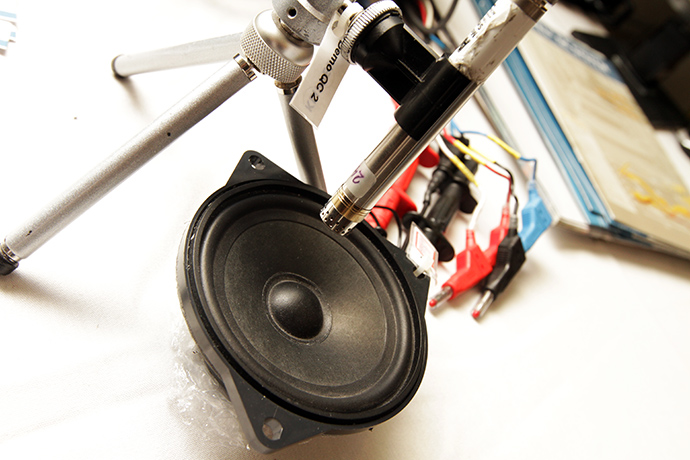 It's easy to look at something like Klippel's measurement systems and think, who cares? But I recently visited a high-end-audio manufacturer who had measured the best tweeters from a variety of the industry's top names, and had pitted them against the manufacturer's own design. The Klippel's results for each product showed that price and reputation did not necessarily correlate with resultant performance. More and more companies are ponying up for a Klippel system to better understand the behavior of their drive units in order to offer superior products. Some companies can't, or won't, make use of something like the Klippel, and will ship products that not only perform worse than their counterparts in the marketplace, but also cost far more. Don't trust the snake oil -- the best-sounding products start with solid measurements, and Klippel is making the process more accessible and more thorough than ever.