The day and a half before CES is packed with press events. Most are put on by such companies as LG, Panasonic, Samsung, and Sony, touting their latest TVs, phones, and other mainstream tech. There's not much audio on display until the show starts, but during the press events I encountered a few new headphones and personal audio players that are well worth a look. 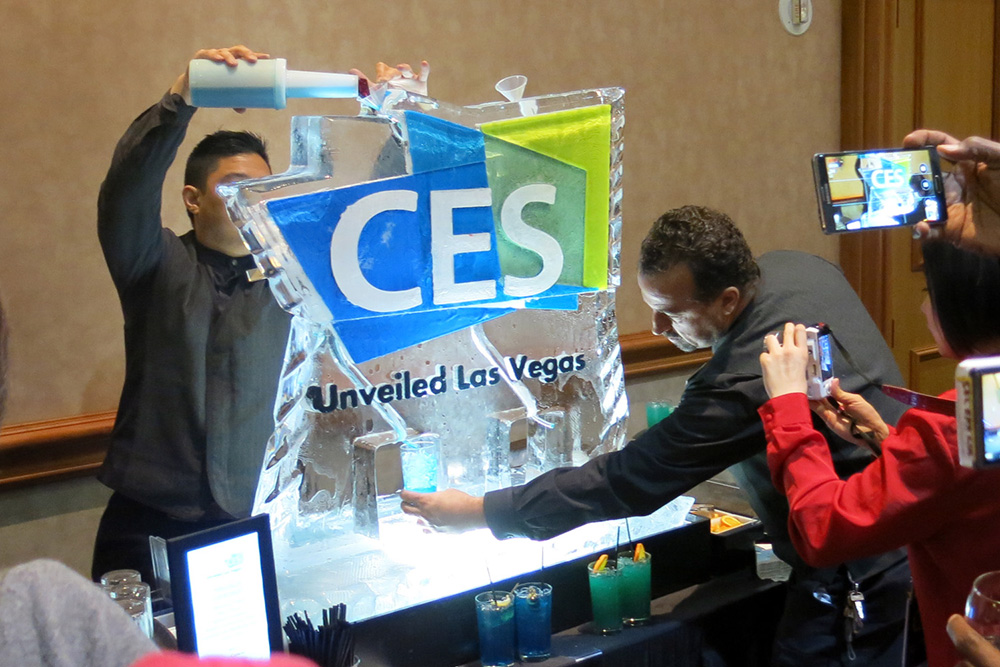 Some of the new models that were introduced weren't on display, or were covered in acrylic containers so I couldn't get a decent photo. One is Monster's $299 DNA Pro 2.0 (a new version of its original DNA over-ear headphone). Monster also launched the $129 iSport Super Slim, which it claims is the thinnest Bluetooth earphone made -- so slim it can be worn under a helmet. The 808 brand, a new marque that debuted two years ago, showed the 808 Performer, an over-ear model that uses earcups suspended by elastic cords, much like the suspensions often used for studio microphones. The price seems crazily low: $79 for the standard model, $99 for the Bluetooth model. 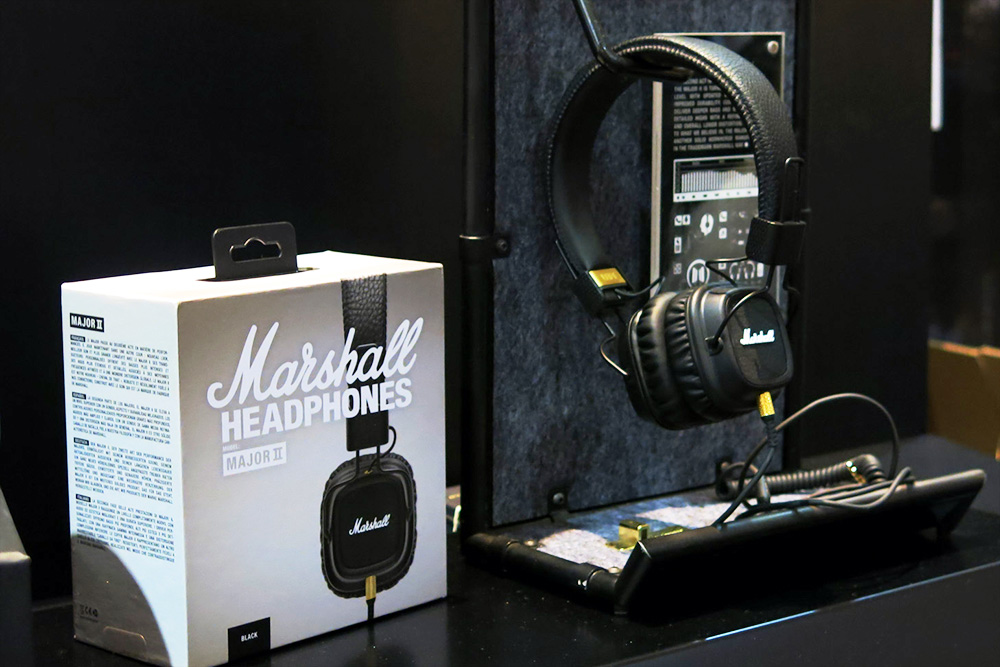 The $99 Marshall Major II is a complete revamp of the company's original Major on-ear headphones, which launched three years ago. The new model is said to be more comfortable (with plusher ear cushions), as well as more durable and flexible. Each earpiece incorporates a new 40mm dynamic driver. There's a detachable gold-plated cable, and an extra jack on the other ear lets you daisy-chain the Major II with another set of headphones. 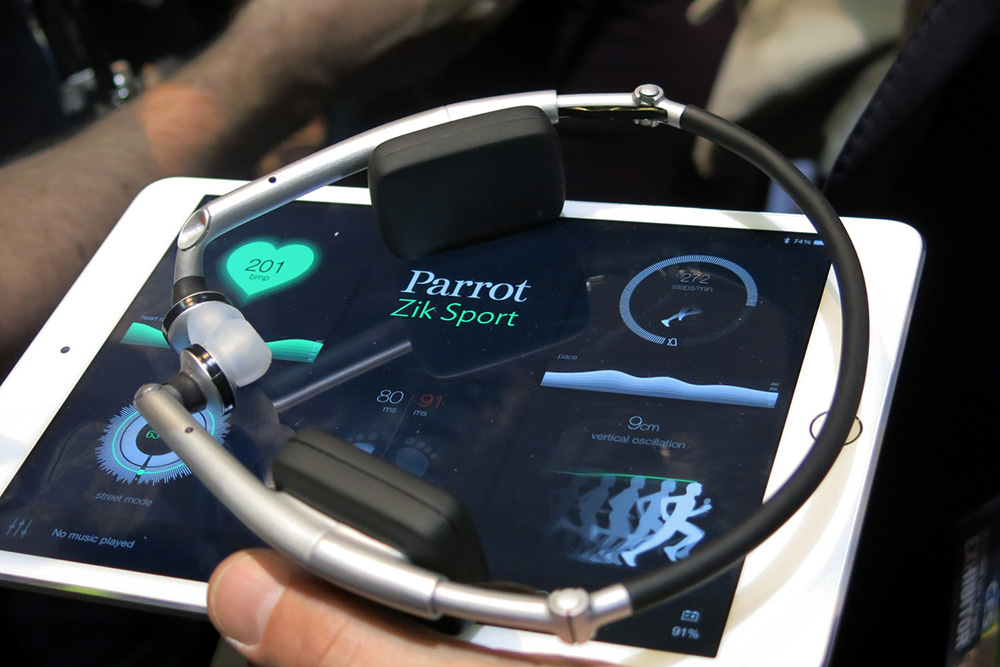 Even though as I write this CES hasn't actually started, I'm pretty confident that the Parrot Zik Sport is going to be the weirdest-looking pair of headphones at the show. It's a sweat-resistant design with Bluetooth wireless and active noise cancelling, but the feature that captures attention is the pair of pads on the sides. These act as sensors that read the wearer's heart rate and analyze the wearer's running style. A "street mode" lets the wearer hear outside sounds. No price has been set yet. 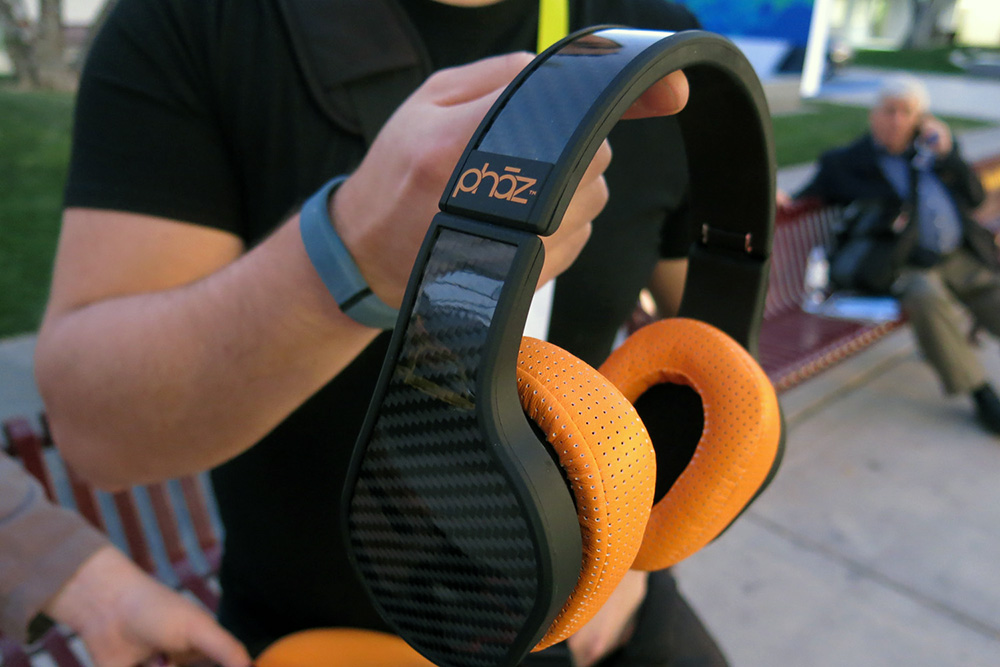 A new company named Phāz (pronounced "phase") Music launched its first headphone model at CES, and it's definitely no lookalike. The $249 Model P2 has 40mm dynamic drivers powered by a built-in amplifier, which assures it can work with any mobile or portable device. The battery inside is oversized, so you can actually use it to charge your smartphone through the Model P2's USB output. You might think the bigger battery would make the Model P2 excessively heavy, but it's surprisingly light. 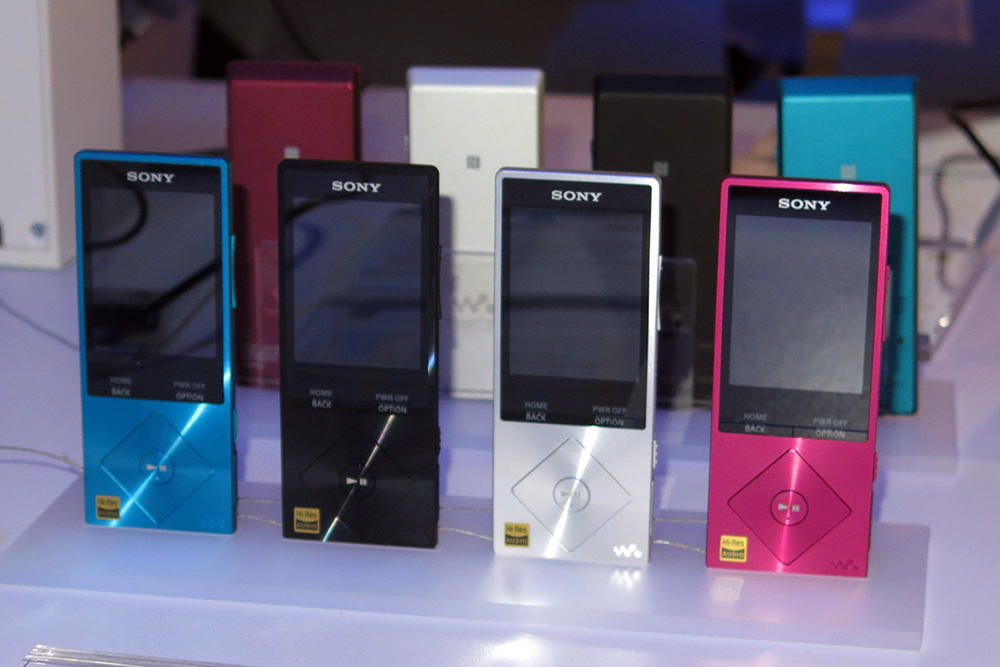 Sony says the NWZ-A17 is the smallest and lightest high-resolution media player ever introduced. The unit plays high-resolution audio files in DSD format (2.8 or 5.6MHz) or in AIFF, Apple Lossless, FLAC, and WAV formats up to 24-bit/192kHz resolution. Sony says its new DSEE HX upconversion included in the NWZ-A17 improves the quality of standard-resolution and compressed formats such as MP3, raising their sound quality to a level close to that of high-resolution audio files. The unit has 64GB of storage onboard and also accepts micro SD cards. Price isn't set yet, but a Sony rep told me to expect something around $299. 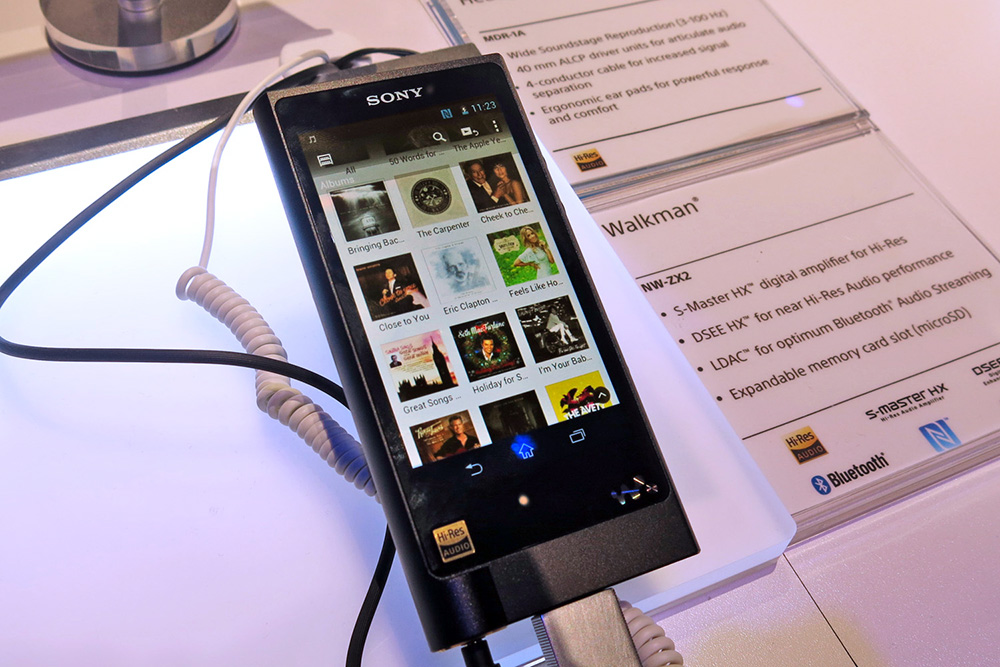 The NW-ZX2 is basically the NWZ-A17 media player described above, combined with Sony's new PHA-1A DAC/headphone amp in a single chassis. It has 128GB of onboard storage and also takes micro SD cards. It also adds Sony's LDAC wireless technology, which the company says delivers a data rate of up to 990kbps, three times what Bluetooth can achieve. No price is available yet. 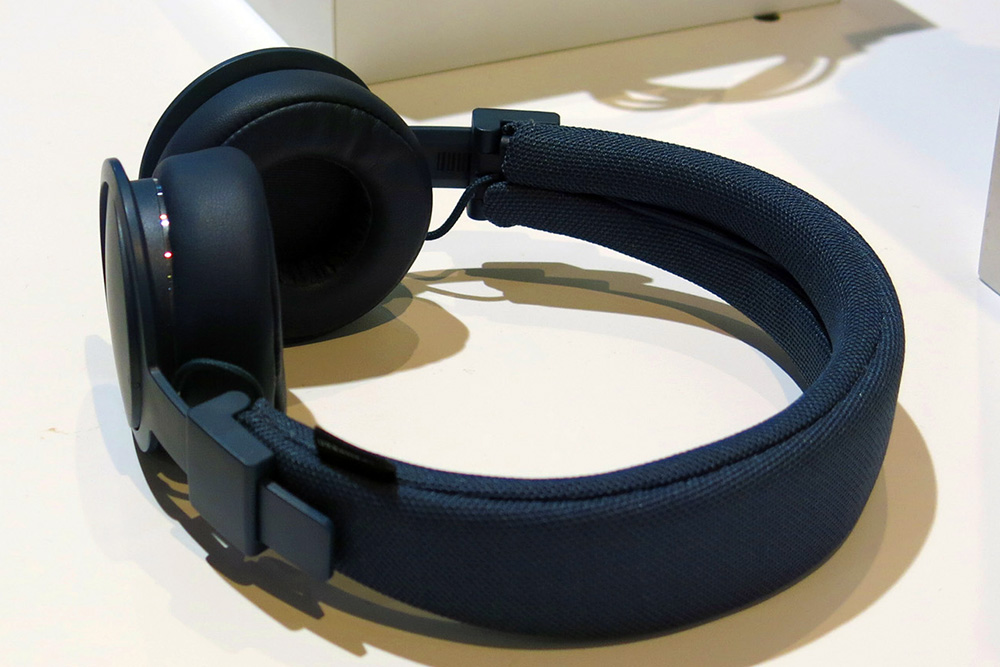 Urbanears Plattan $59 ADV is, in my opinion, one of the best-sounding "fashion" headphones around. The new Plattan ADV Wireless that will debut at CES 2015 incorporates Bluetooth wireless audio technology and costs just $99. The unit uses touch-sensitive controls. To raise or lower the volume, just swipe your finger along the right-side earcup. To skip tracks, swipe left or right. Tap the earpiece to pause playback on the connected Bluetooth device, and tap again to resume playing. The fabric earpad covers are washable.