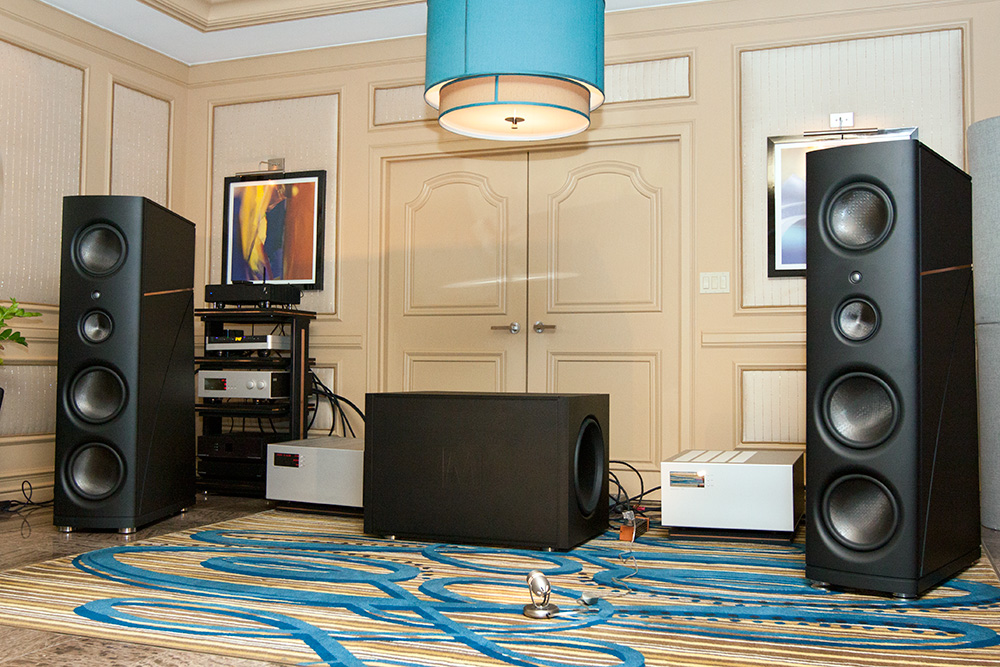 The sound: OK, you'd think this system was complete overkill, and it certainly was in terms of what the large room at the Mirage could handle; this system could crack the foundation with acoustic output. Although the massive Q7 loudspeakers need absolutely no help in the low-bass department, Magico chose to demonstrate this system to show just what's possible when cost is no object, and how tightly integrated a great sub can be with great loudspeakers. The first thing you need to know is that this system produced the deepest, tightest bass I've ever heard: tight, but super deep; articulate, but able to bust the lights in the ceiling. Maybe even more impressive was the integration of the subwoofer with the Q7s -- it was just ideal. 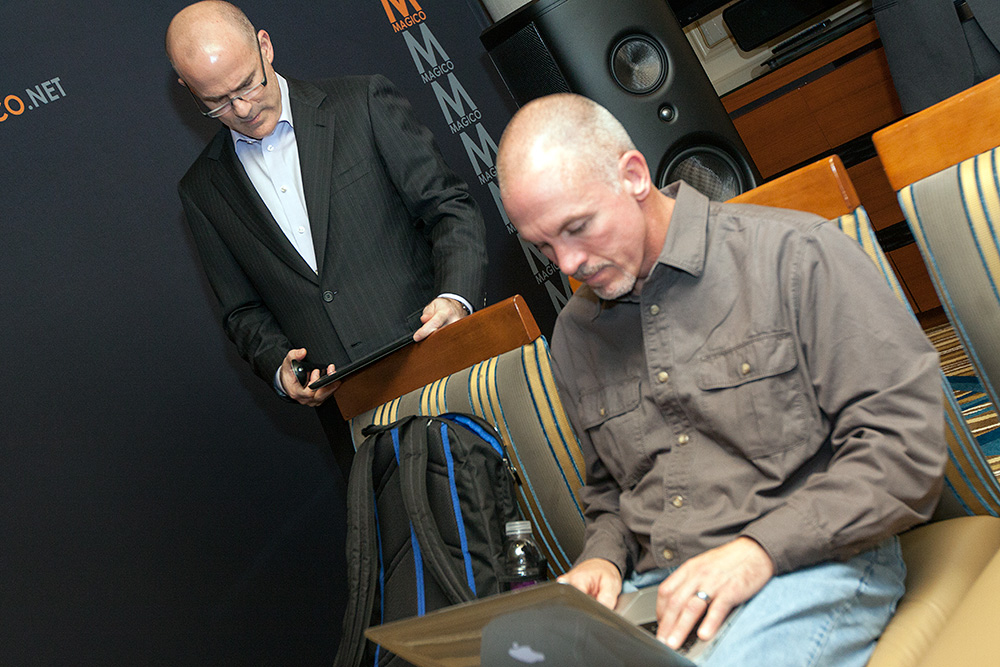 The Magico system's bass quality was just insanely good, but I'd be remiss if I didn't mention the rest of the audio spectrum, which the Q7s served just as expertly. Simply put, no speaker I've heard disappears like the Q7 as a source of sound in the room, and this effect was on full display in the Magico demo at the Mirage. The resolution was standard-setting, but the music was presented in a way that only enhanced the listening experience. When the guitar screamed into the picture during a Patricia Barber track, the raw, unbridled power of the system was on full display. But that power could conceal itself into the tiniest of spaces for just-as-impressive microdynamics.

Back in 2012 I wrote, "For right now, we all have to live with these facts: The Q7 is very expensive. . . . And it’s the best loudspeaker available today." Based on what I heard at the Mirage, that last part is still true as of January 7, 2015. But I can also tell you this: it won't be true for much longer, since the company will be announcing something very exciting very soon . . .