On the first half of Wednesday, the team took off from the hustle and bustle of the Venetian and headed across the street to the Mirage for a few private listening sessions with several companies displaying there. It was quite an experience, starting with the new Rockport Technologies Cygnus speakers! After having multiple Rockport Technologies speakers through my system over the years, I was anxious to hear Andy Payor's latest thinking on loudspeakers, which the Cygnus represents. I surely wasn't disappointed. 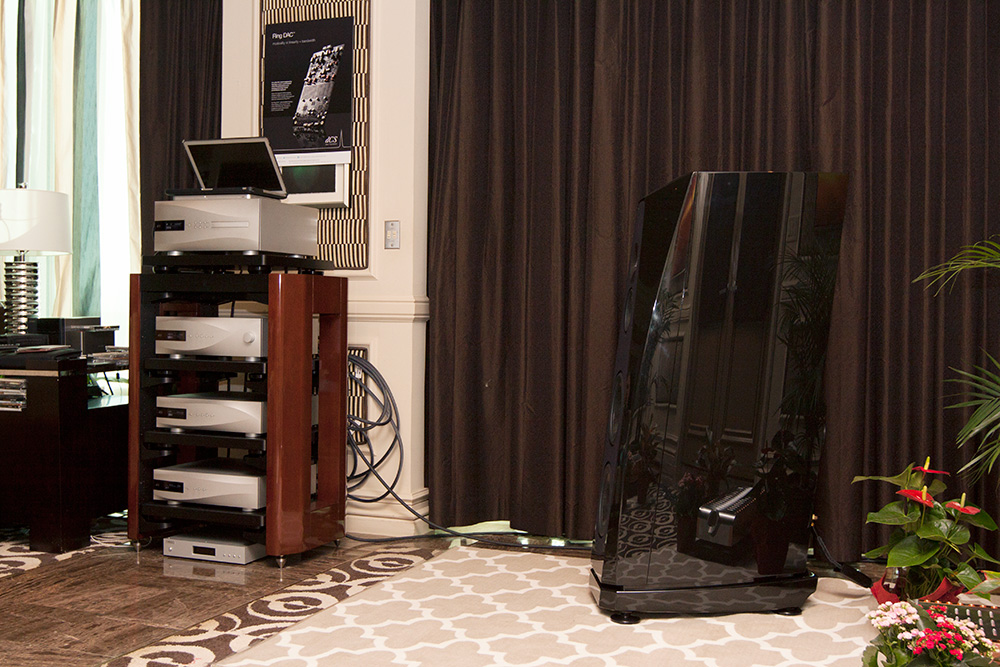 The system: Rockport Technologies Cygnus loudspeakers ($62,500/pr.) feature two 10" Rockport-designed carbon-fiber-composite woofers, along with the company's 6" midrange, all mounted on a constrained-layer-damped aluminum sub-baffle. A 1" beryllium tweeter sits at the top and is nestled into a shallow waveguide, which is a new design feature for Rockport. The front end of the system comprised a dCS Vivaldi digital stack (DAC, transport, upsampler, clock) and laptop. D'Agostino Momentum monoblocks powered the Rockports, and the whole setup was cabled with Transparent Audio products. HRS supports held everything off the floor. 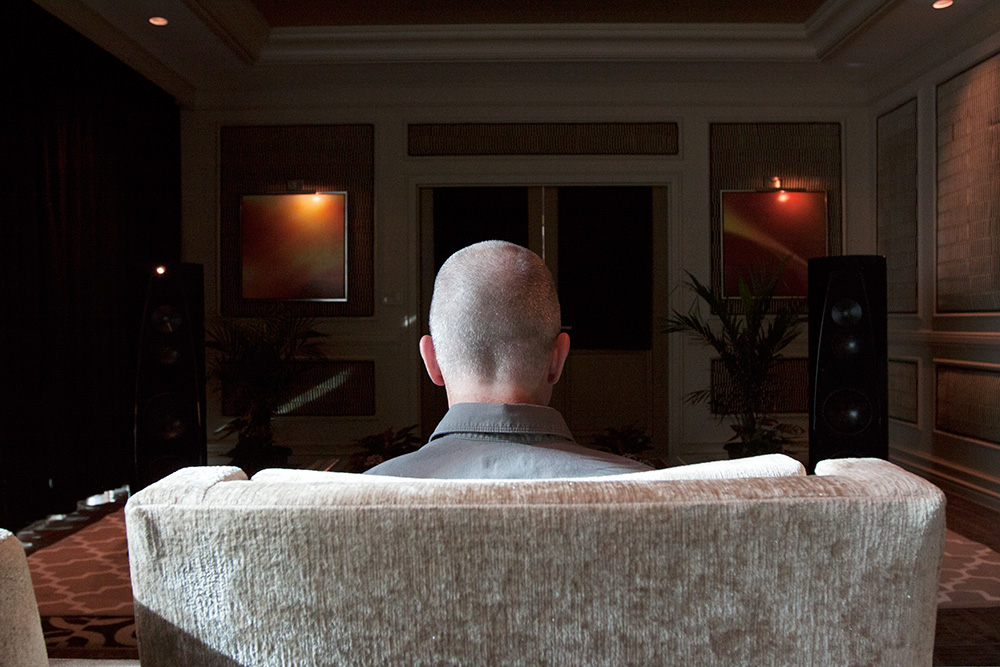 The sound: A Ray LaMontagne track we started with displayed finely textured male vocals, which gave the song spooky presence that made the singer appear right there. The guitar's string tone was not glossed over; on the contrary, it was fully resolved and ultimately very satisfying. In terms of soundstaging, I could "see" into a very deep stage, giving me a terrific feel for the recording space. One other aspect of the sound that impressed was the driver integration: even a scant 7' to 8' from the speakers (I'm used to about 11' in my listening room), the sound was seamless.

How does the Cygnus compare with Rockport's other offerings? Surprisingly, the sound was a touch more open in the highs than what I'm used to hearing from other Rockport speakers. Based on the times I've heard the company's Avior at shows, and the Atria in my own room, there is no question in my mind that the Cygnus is a real heavyweight. Compared to those speakers it plays much bigger -- deeper bass, deeper soundstage, and more overall envelopment. The real question is, how close does the Cygnus come to Rockport's latest Altair, which is priced higher. Regardless, the Cygnus is certainly one ambitious, beautiful loudspeaker. Andy Payor clearly still has a few tricks up his sleeve.