I just love loudspeakers, so something like KEF's new Blade speaker really charges me up. It's not just because the speaker looks nice or sounds great or is brand new; it's because KEF has forged ahead and made what I feel are real advancements in loudspeaker design.

I could go on and on about many of the Blade's sophisticated design details, but the thing that got me most is how the four woofers are configured around the coaxial mid- and high-frequency driver. Some people will look at the Blade and just see two woofers stuck on either side of the cabinet, but someone who knows a thing or two about speaker design will realize that with the four woofers being equal distances from the coaxial driver in the middle, they're basically acting as a perfectly symmetrical extension of that little driver, which results in one BIG coaxial driver that reproduces everything from the lowest lows to the highest highs. The performance benefit is equal dispersion in all directions, something almost all other loudspeakers lack no matter how expensive they might be. All I can say is brilliant! KEF played music, obviously, and the Blade sounded fantastic from almost anywhere in the room. 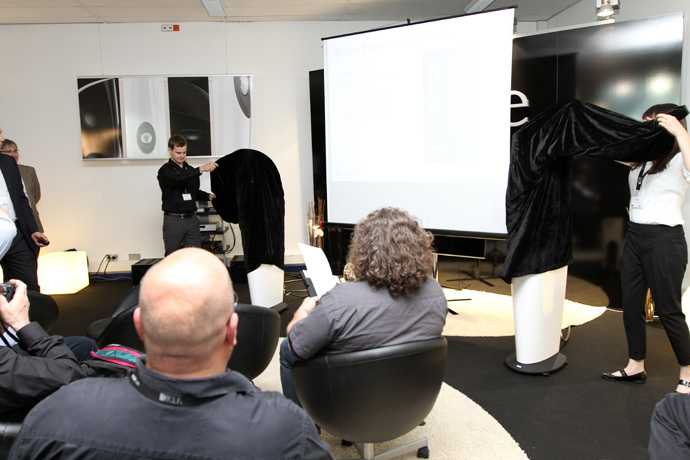 That certainly wasn't the only thing that seriously impressed me about the Blade. Another thing was the price. When Jeff Fritz and I were attending the press conference, we were guessing back and forth about the price, which we weren't told until the very end. I figured the Blade would be south of 50 grand, while Jeff thought it would be north. When they told us the Blade's price will be 24,000€ per pair, which means it will likely be about $30,000 in North America, our jaws dropped. I bet that price also struck plenty of fear in the hearts of competing designers. While that's not cheap by any standard -- you can buy a pretty nice car for that -- it's an extremely good price for a speaker that, at least from what we can tell in Munich, is pushing the envelope in terms of technology and design. 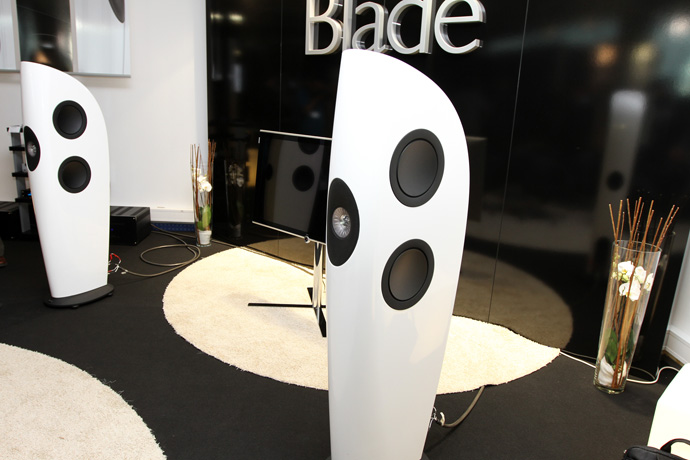 There's a lot to love about KEF's new Blade speaker and, without question, reviewers will be eager to write about it. For now, though, suffice it to say that the Blade's advanced technology and reasonable price make it one of the best things we've seen in Munich this year.