One of the things that irked us this year had nothing to do with the show. Instead, it was our beloved digs, Fleming's Hotel, which is where we stay every year.

Fleming's Hotel is located in the Schwabing district, which is close to the event center and closer yet to all the best restaurants. The place was as clean as it has been in the past and the breakfasts were good, but the water temperature in the shower kept fluctuating and the Internet kept cutting out. This isn't just irritating; it disrupts your work life.

For journalists who practically live in their hotel rooms outside the show and rely on fast, high-speed Internet for their work, this wasn't just bothersome but downright aggravating, particularly since we're now putting hi-def video online, something that involves the transfer of massive files. As for the shower, having water that goes hot and cold constantly just made things more frustrating. Our show report was larger than ever and online in time, but we got lucky that we didn't have more serious problems given the unreliability of the Internet at Fleming's. Next year we'll likely be searching for a new place. Recommendations, anyone? 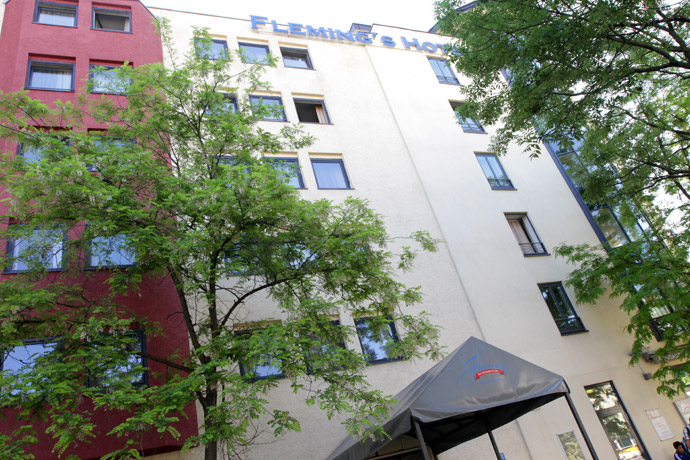 Insofar as products go, there weren't any simply awful ones like we found at CES in Las Vegas in January. Here the product that was most questionable was Voxativ's Ampeggio Due, a beautifully finished (the woodwork and paint job are by Schimmel Pianos) single-driver speaker that's priced at a whopping 88,000€ per pair. It's not that the product is flat-out bad -- Jeff Fritz didn't care much for the sound, but Doug Schneider thought it to be the best-sounding single-driver speaker he's heard (although that's a far cry from saying it's the best-sounding speaker he's heard) -- it's just that we think the price is obscene. If you convert those euros to American currency, you're talking about $125,000. For that you can buy a Porsche Panamera. 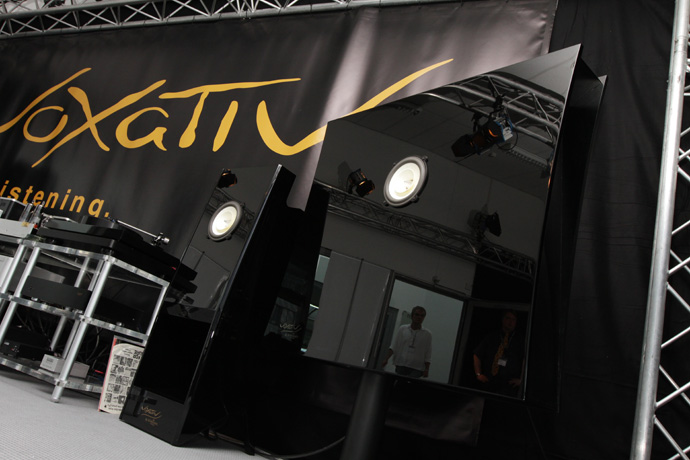 Obviously, that's a lot to ask for a speaker, particularly a one-driver speaker from a relatively unknown company. On the other hand, we can't discount the fact that there might be some ultra-rich person out there for whom money is no object and who wants to own what may well be one of the world's best, if not the world's best, single-driver speaker. Likely that kind of person has so much cash that they can have the Ampeggio Due and the Panamera too. I'm interested in seeing how the Ampeggio Due fares in the marketplace, and how well the brand does overall. You know the old saying: time will tell. 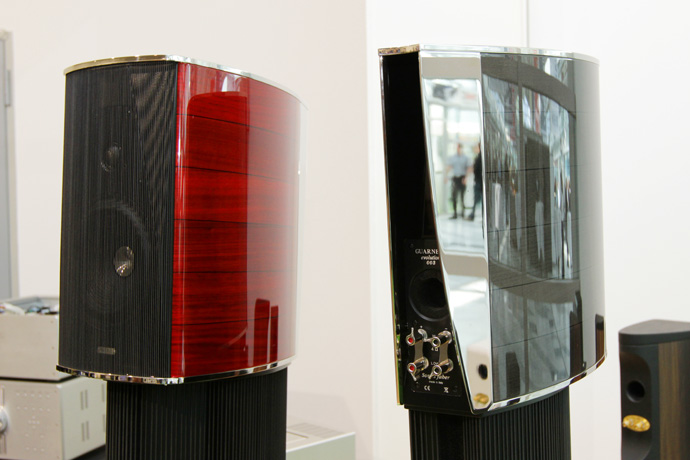 Probably the worst thing at High End 2011 had to do with us. We pride ourselves on producing a high-quality report that has excellent pictures combined with accurate reporting. We've even added video, too. But we made some crucial pricing errors. The biggest had to do with Sonus Faber's new Guarneri Evolution speaker, which was featured in one of the photo galleries and in an article called "Sinfully Sensational Stand-Mounted Speakers from Crystal Cable, Sonus Faber and Magico." We thought the price was 15,000€ each, so we reported 30,000€ per pair, whereas it was actually 15,000€ per pair (when we went back to confirm, we were told that even this price is approximate, so don't take it as being exact). That's a big difference, so we obviously corrected it as soon as we found out, but that was after we got e-mails from around the world. Oops! Embarrassing.

Speaking of embarrassing, right now I feel like a little bit of an ass. I always tell people that one of the reasons I like going to Germany is that it's a place where people know how to spell and pronounce my name. In fact, Schneider is a very common name around here and it translates into something like "the guy who cuts clothing material." Perhaps one of my ancestors was a tailor. As a result, I never look at my name tag closely when I get it -- the Germans are known for their precision and getting things right. Next time I should -- it wasn't until just a few moments ago, after walking through the show for a full four days, that I realized how . . . 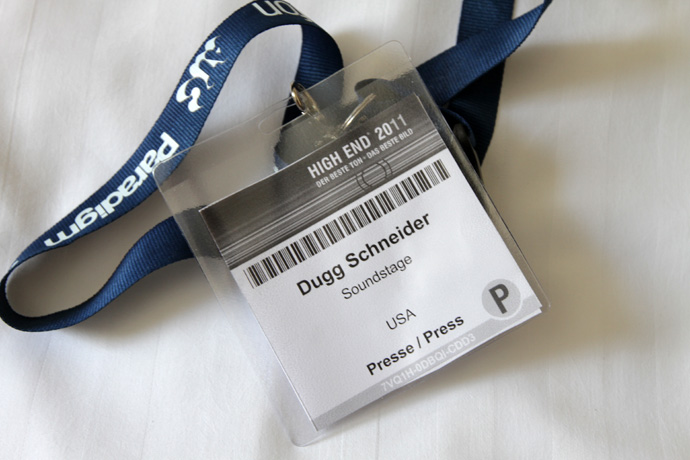 . . . my first name, which isn't so common, had been spelled. Let's just hope my fly wasn't down the whole time, too. I'm now waiting for the e-mails addressed to Dugg, and next year I plan to look more closely at the tag they give me. See you then.

Doug (not Dugg) Schneider
Publisher and Founder, The SoundStage! Network