Monitor Audio's director of sales and marketing, Alex Brady (below), is brimming with excitement whenever he speaks -- and he has good reason to be. He's been with the UK-based company since the '90s, but these days he's witnessing the release of some of the best products the company has ever made. 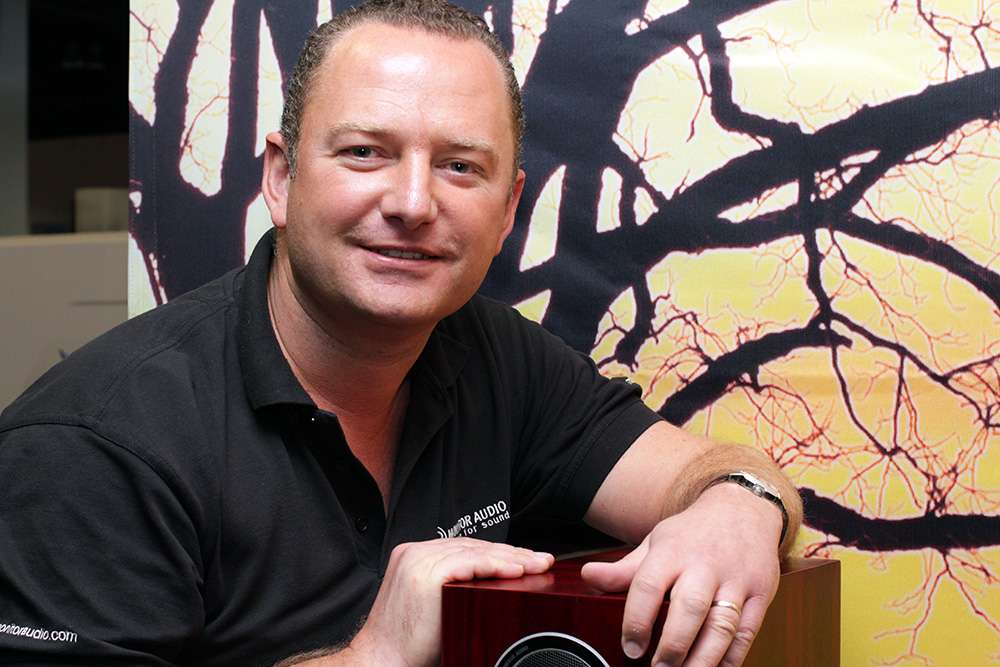 The GX-series speakers, which they released over a year ago, were a hit because of the way they combined superior technology and build quality with affordability (Alex says that the smallest one, the GX50, which sells for $1700 USD per pair, is his favorite), and now they appear to have another hit on their hands with the new Silver-series speakers, of which there are three floorstanders, two monitors, one center-channel, one surround, and one sub. Of these, the floorstanding, three-way Silver 8 leapt out at us, mostly because of the way it looked, but partly because of the price: $2000 per pair.

The 8, like the rest of the Silvers, has a full lineup of MA's C-CAM-technology drivers: a 1" gold-anodized tweeter, a 4" RST midrange (complete with the golf-ball-type dimples), and two 6" RST bass drivers (ditto the dimples). The drivers are even de-coupled from the front of the cabinet and bound to its rear to reduce resonances.

The Silver 8's specs say an impedance of 4 ohms, sensitivity of 90dB (1W/1m), maximum output capability of 116.8dB (a pair), and bass reach of 32Hz. What's more, it looks fantastic, particularly in the rosewood-looking real-wood veneer that we photographed; in fact, it looked as though it should cost four or five grand. For those looking for a sizeable, near-full-range floorstander that has high output capability and is affordable, this could be the speaker to get. We're definitely getting some in for review! 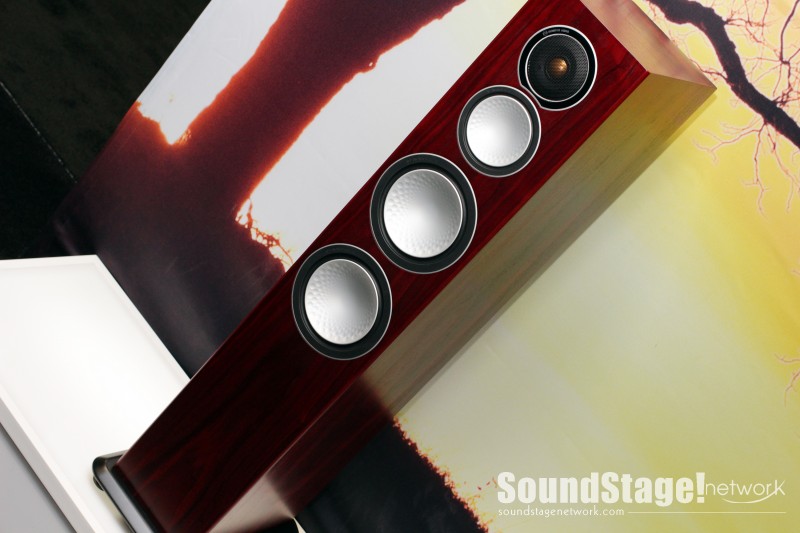 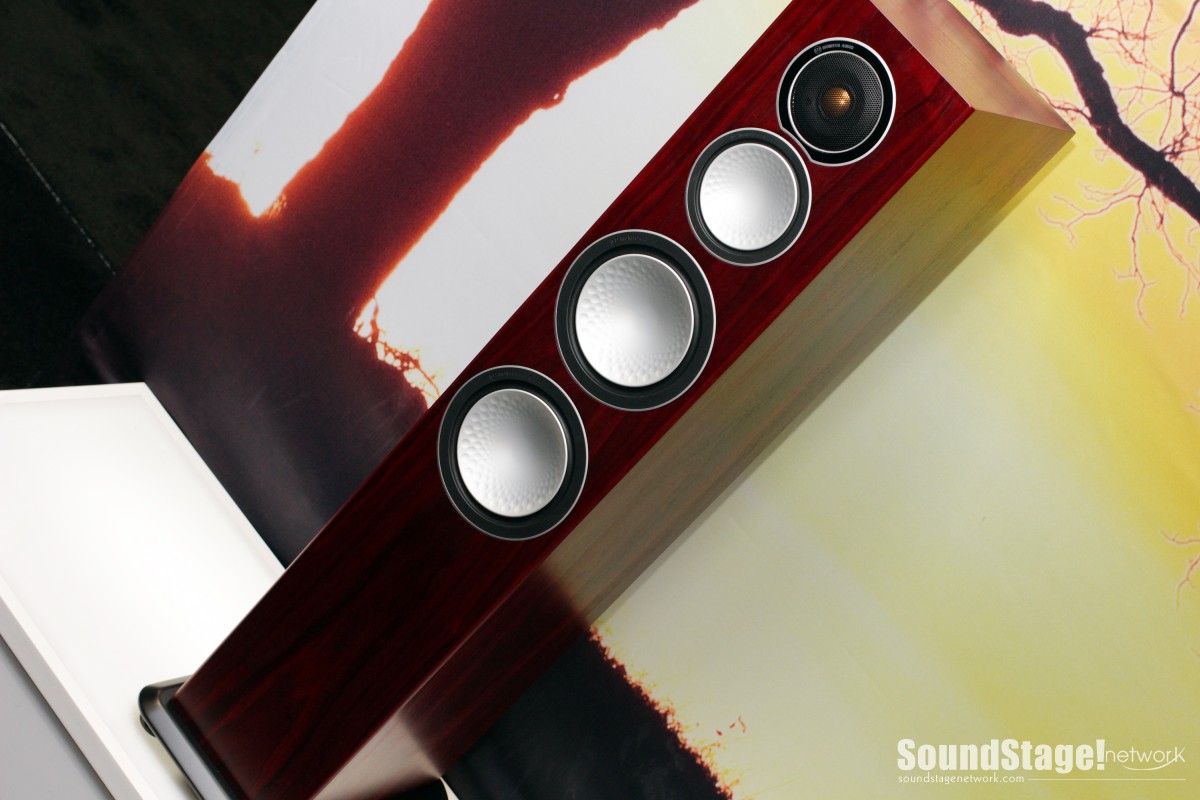