Let's get down to brass tacks and talk results. Here is what I heard from the Super Speakers of CES 2011.

The Tidal Sunrays ($150,000 per pair) are simply beautiful-sounding loudspeakers. I heard two pairs of Sunrays at CES 2011 (they were playing in two different rooms), and their strong points were clear: holographic soundstaging, three-dimensional imaging, and seductive musical subtlety, particularly in the high frequencies. I was struck by how much depth-of-stage they could reproduce; they made me want to get out of my seat to mingle with the performers. This experience brought me almost full circle: I wrote what turned out to be a somewhat controversial article titled "Comparisons on Paper: B&W 803 Diamond vs. Tidal Contriva Diacera SE." That article prompted Tidal owner Jörn Janczak to contact me. The ensuing e-mail exchange led to an introduction at CES and a lengthy audition of the Sunray. I wasn't disappointed, and I can tell you that I will have some additional thoughts to share in regard to Tidal's value proposition. And yes, for those wondering, there is a pair of Tidals that will be heading from Germany to North Carolina very soon. 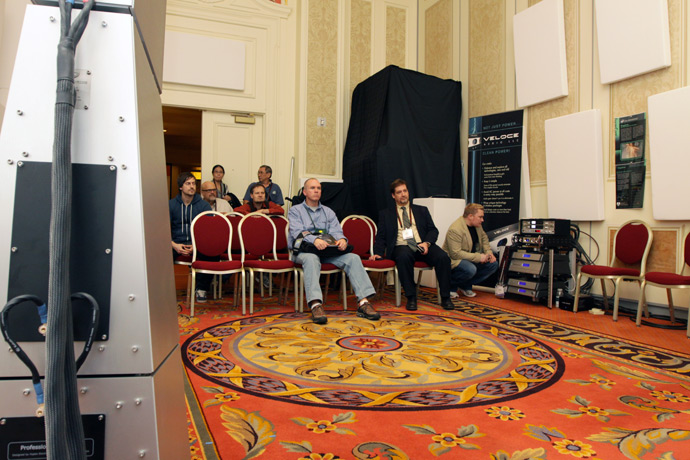 YG Acoustics played their Anat Reference Professional III speakers with brand-new drivers made with machined-in-house aluminum cones. The sound of the Anat was crystal clear and huge in scale. I'm not sure that the room acoustics in the Sands Expo section of CES are optimal for acoustic neutrality, especially in the bass, but the sound of the YG was still impressive in many sonic areas. Doug Schneider will be reviewing the Anat Reference Studio III in the near future, and I'll be quite interested to read his impressions, particularly since he reviewed the first-generation Anat Main Module.

I sat down in front of the large The Sonus Faber ($200,000 per pair) from Italy’s Sonus Faber with high hopes of great musical enjoyment. It's a beautifully built speaker, though in my opinion it isn't nearly as well proportioned as some of their smaller speakers. When the speakers started playing, the sound actually reminded me in some ways of first-generation Wilson X-2 Alexandrias, which I used to own. The sound was big and forward, but not musically engaging. Ultimately, the sound I heard in this room was surpassed by many less-expensive but wholly complete speaker products shown at CES 2011. The biggest problem with The Sonus Faber was that it never disappeared as a source of sound in the room. As I sat in the sweet spot I could always tell exactly where the sound was emanating from, down to the sound from each individual driver. Setup issues? Perhaps, but whatever the reason these just weren't sounding good at all to me.

The other super-large loudspeaker that disappointed me was the Venture Xtreme ($199,000 per pair). To my ears this speaker couldn't get out of its own way, sonically speaking. About the only thing I can say about it was that it sounded big, but big as in a big collection of drivers all playing at the same time. It certainly didn't do it for me on any level.

Perhaps the most disappointing sound I heard from the "super speakers" crowd was the Rives Talon Phoenix ($72,000 per pair). This speaker made Lyle Lovett's "North Dakota" almost unidentifiable. The vocals were tonally odd and the guitar was hazy and confused.

These experiences confirmed for me something I've been thinking hard about lately: Ultimately, you have to do something truly better to be competitive if you're attempting to produce a state-of-the-art high-fidelity loudspeaker today. As far as I can discern, new ground has been broken in loudspeaker design in several key areas: more controlled, more linear frequency response; higher-resolution sound, likely from better materials; freedom from resonance (both driver and cabinet) through more complete engineering; and simply more advanced loudspeaker research and development. These are areas that account for the art having been furthered. I can think of no better examples of truly exceptional loudspeakers I heard at CES 2011 than the Vivid Audio Giya G2 and Magico Q3. 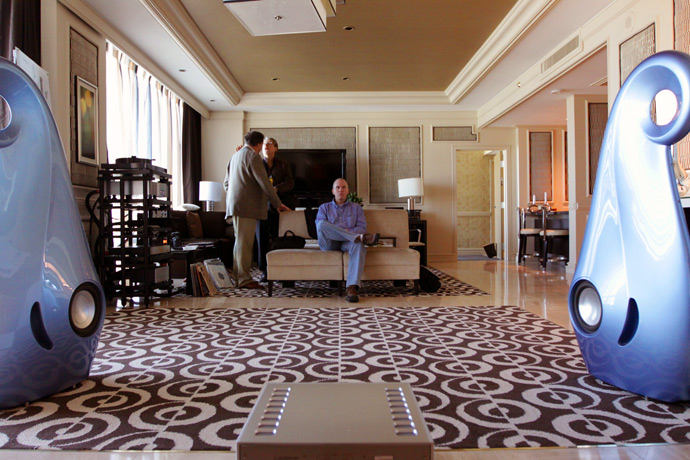 The Vivid Audio G2 ($50,000 per pair) sounded simply arresting. The midrange was so right-there crystal clear -- it floated in air just as if it were emanating from a person occupying the space between the speakers. The highs were effortless, but so natural that I could never imagine being fatigued by these speakers. Most other speakers at the show sounded simply pedestrian and downright artificial by comparison. Vivid Audio speakers, in many ways, are groundbreaking devices. 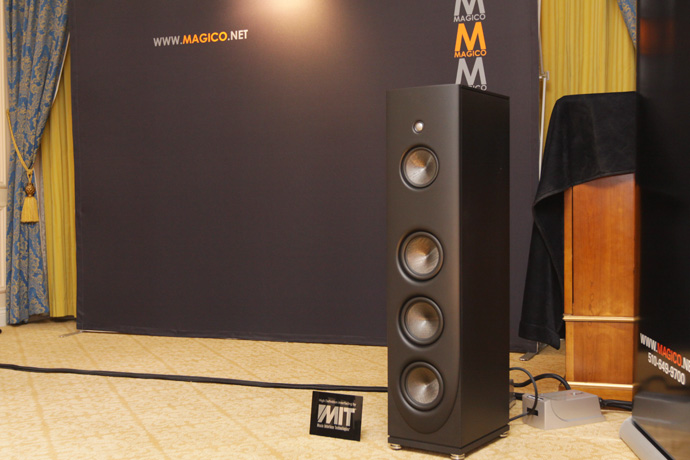 Magico's Q3 ($34,000 per pair) sounded extraordinary. It sounded dimensional, full, and with heaping amounts of natural detail that gave me a breathtaking view into the recording. Perhaps most amazing was the bass response. It was deep and linear, tight and articulate -- and ultimately, utterly standard setting. The Q3 does something else that might be more important, though, and I'm hopeful this will make next year's CES even better: It made reference-grade sound at a price point much lower than expected. Many would have you believe you need to spend six figures for super-speaker sound. But that's just not true. Sometimes six figures won't even buy you good sound.