For $15,000, consumers should expect to get a pair of loudspeakers that are extremely well built, beautiful looking, and incredible sounding. All told, a speaker that costs this much should be amazing and, perhaps, even approach the state of the art. Case in point: Vivid Audio's B1, which won our 2010 Pioneering Design Achievement award.

As I listened to Avalon's $14,995-per-pair Transcendent loudspeakers, I couldn't help but wonder if the folks at that company are aware of that. The Transcendent is a two-way design with the tweeter spaced conspicuously far from the two woofers. The Transcendent's build quality looks decent enough, but it's certainly nothing to write home about. Plus, it looks just like many Avalons of the past, just not as shiny or refined, particularly on the baffle around where the drivers attach. In terms of build and appearance, the Transcendent doesn't appear to be substandard but it could certainly be better since speakers a fraction of the price are built quite a bit better. A good example is the PSB Synchrony One for $5000 per pair. 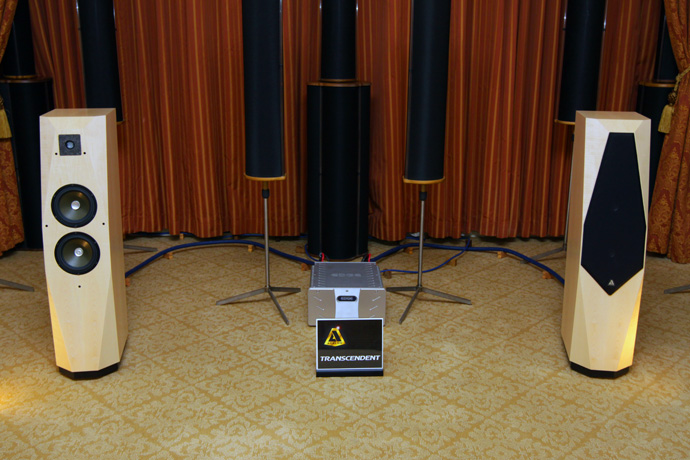 What got me most, though, was the sound, which is quite unlike some Avalon models I've heard in the past that sounded fairly decent. In my opinion it was atrocious to the point that I probably wouldn't consider this speaker to be competitive at $1500 let alone $15,000. The highs sounded grainy, what little bass it had came across as lumpy and dry, and the midrange sounded nothing close to as special as the Vivid B1's midrange.

As I already said, at one-tenth of the price I wouldn't be impressed. At $15,000 I’m appalled. Frankly, this dismal performance quite surprised me, given how long Avalon's been around. Don't they know better?