As we presented the SoundStage! Network Product of the Year award for stereo loudspeakers to Richard Vandersteen for his Model Seven design, it was obvious to me that this model represents a top choice for a discerning audiophile seeking a state-of-the-art time-and-phase-aligned speaker.

Vandersteen Audio has been producing loudspeakers longer than I've been involved in high-end audio, and I feel great comfort when recommending their products. Vandersteen's history is lengthy and impressive, and their commitment to providing high-value loudspeakers is well known. They're a solid, reliable company. But it wasn't until recently that Vandersteen upped the ante considerably by producing a new flagship loudspeaker, the Model Seven ($45,000 per pair), which moved them into what I call the "super speaker" marketplace. It was a risky move, but it's obviously worked out well given the success of the loudspeakers and the positive press and awards, including ours. 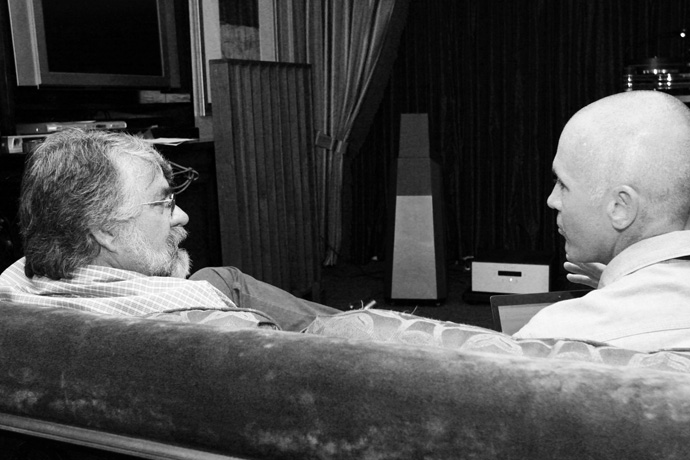 As I chatted with Richard Vandersteen about the Seven, he was beaming with the pride a father shows when discussing his newborn child. The Model Seven is his brainchild, and it represents the culmination of his career designing loudspeakers. What's different about the Model Seven versus products past? According to Vandersteen, the Model Seven's biggest achievement "is total, absolute pistonic action out of all of the drivers while using the same materials." All the Seven's driver diaphragms use a proprietary combination of carbon fiber and balsa wood that pushes driver resonances far beyond the units' passbands. 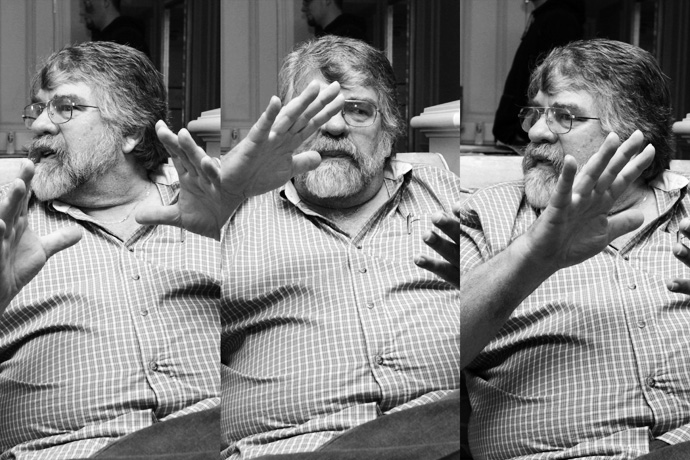 But marrying carbon fiber and balsa wood was difficult, he told me, and it represented the biggest challenge in the Seven's design process. "Those damn cones!" exclaimed Vandersteen when explaining the difficulties he had combining the materials. Basically, he had to "find a way to bond carbon fiber with balsa without added mass." But once that was done, the new cones translated into a unique sound that Vandersteen described as "an eerie lack of 'stuff' surrounding every transient that, when you walk in a room, you can immediately hear."

And that's what I did -- when I initially came into his room I listened. The Seven certainly does display an ultra-clear midrange that let me hear deep into Lyle Lovett's voice in "North Dakota." Coupled with impressive solidity in the bass, which gave the music the foundation it takes to make the recording space come alive, the Seven's sound quickly appealed to me, and it was obvious why fellow reviewer Pete Roth not only praised them in his review but also purchased a pair for his reference system. 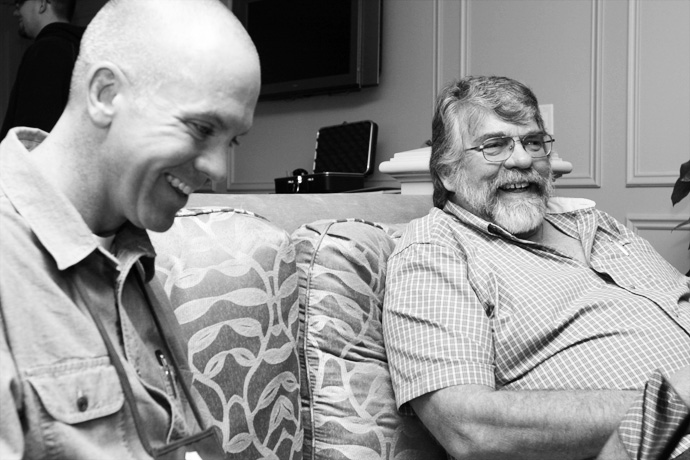 It's not often that I would proclaim a $45,000 speaker as a safe and sensible purchase, but in this case I'm inclined to. The company's track record is part of it, but the main reason is that I'm convinced the Seven will return the owner's investment with wonderful musical enjoyment remembered long after the purchase price fades from memory -- a significant victory in Vandersteen's history of successful speaker designs.