More for the Same or Less: JVC's Powerhouse Projectors

JVC has always been a top contender in the projector market, and many of the SoundStage! Network reviewers use their projectors. JVC maintains their strong foothold by offering top-shelf performance at competitive prices. It therefore came as no surprise that JVC recently released updated versions of their X3, X7, and flagship X9 projectors, now dubbed the X30R, X70R, and X90R, respectively. What did come as a surprise is the fact that despite the numerous improvements made to all three of these models, none suffered a price hike. In fact, the X30R now retails for a thousand dollars less at $3500. 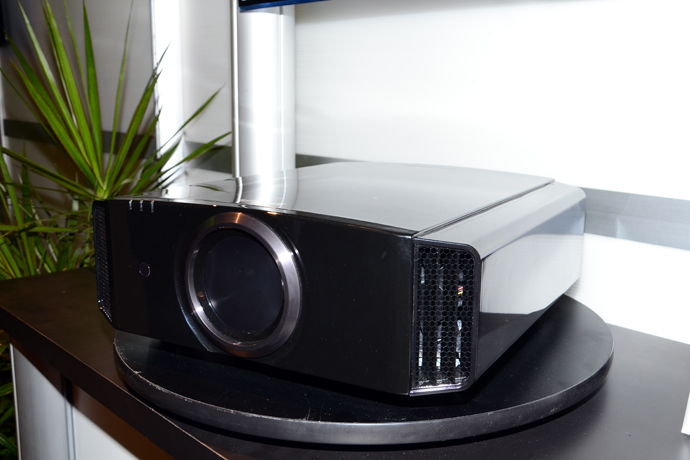 Still priced at $8000 (X70R) and $12,000 (X90R), the top two models now offer a host of new features including an industry-leading 4k upscaler, a slightly improved contrast ratio (it was 75,000:1, and it's now 80,000:1), and an improved pixel-shift adjustment engine that now breaks pixels into 16 sections as opposed to the previous models' four sections. Finally, you can now make general picture adjustments in two ways: by applying settings to the entire picture, or by dividing the picture into 16 sections and adjusting each one individually.

JVC has also completely revamped their 3D engine, which now boasts new features including an internal 3D anamorphic converter; an onboard 2D-to-3D converter that enables standard 2D source material to be watched in 3D; and a new picture-adjustment feature called 3D Parallax Adjustment, which is said to "allow you to make adjustments to certain settings that result in an 'enhanced' level of 3D resolution."

JVC's commitment to improved performance doesn't come at the consumer's expense -- literally. These new projectors offer improved performance and, depending on the model, are priced the same as their predecessors or less. It's this commitment to achieving high performance while maintaining reasonable prices that makes JVC's projectors some of the best products at this year's CES, and it's why they're still favorites among the SoundStage! Network's staff.