Superspeakers: Surveying the Landscape of CES 2012 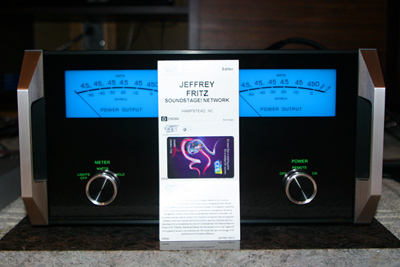 If you’re in the market for a high-performance, expensive, cool-as-all-get-out set of loudspeakers and you’re looking for some good reading material about the subject -- you’ve come to the right place. I just love discussin’ me some Superspeakers. This segment of the audiophile marketplace is one of my favorites, and based on the feedback I received from 2011’s “Super Speakers” series, it’s one of yours, too. In this article, I’ll address what you might -- or might not -- see at the 2012 Consumer Electronics Show in the Superspeaker category.

Right now, SoundStage! Network publisher Doug Schneider has in-house one of his all-time favorite loudspeakers, the Vivid Audio Giya G2 ($50,000 USD per pair). I won’t steal the thunder from his review -- or the telling NRC measurements that accompany it -- but I can tell you that on February 1, when it appears on SoundStage! Hi-Fi, you’ll want to read it. CES 2012 will be the venue for the introduction of the third and final model in the Giya range, the G3 ($40,000/pair). If it’s like the other two Giyas (the G1 flagship costs $65,000/pair) -- and I suspect it will be, as all three use pretty much the same drivers -- the G3’s sound should be loud, clean, and linear. From an engineering standpoint, Vivid’s Giyas, and a handful of models from other companies, represent the state of the art. If you can get past their odd looks -- and though I tried hard to warm to them, I couldn’t -- the Vivids, and specifically the new G3, are must-auditions. 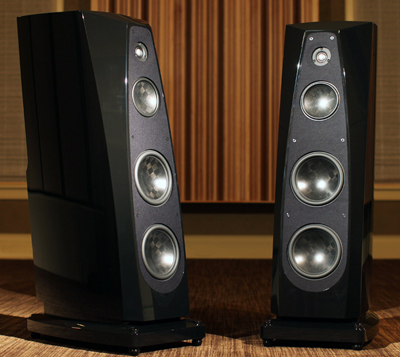 Andy Payor continues to churn out, one pair at a time, nothing but expertly engineered, artisan-built loudspeakers. His company, Rockport Technologies, recently moved to a new workshop not far from their former Maine location, with a state-of-the-art listening room just like their old one. The latest Rockport model is the Avior ($29,500/pair), Payor’s first design in a number of years that’s a floorstander with all front-firing drivers. With the exception of the Scan-Speak beryllium tweeter seen in Payor’s more expensive Arrakis and Altair models, the Avior uses drivers entirely designed and built by Rockport -- a first for the company. At the price, I think this speaker will be nothing less than a world beater. (At CES 2012, the Avior can be heard in the VTL room.)

Italy’s Sonus Faber made a splash last year with their flagship model, The Sonus Faber ($200,000/pair). Most of the technology used in that megaspeaker is now available in the far more beautiful Aida ($120,000/pair), their new second-from-the-top model. There’s been a definite uptick in Sonus Faber’s engineering prowess in the last few years, and it seems to be paying dividends in these latest models. If you love the style -- how can you not? -- and have the scratch, the Aida, too, is a definite-audition. 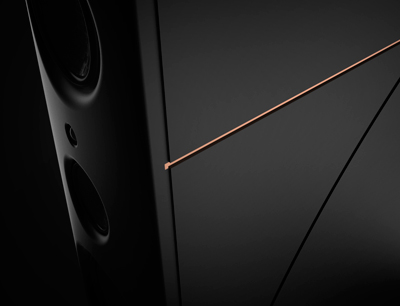 Magico will debut their flagship Q7 ($165,000/pair) at the show. In the photos and renderings I’ve seen, this 750-pound, four-way, five-driver racecar-turned-loudspeaker looks simply amazing. With a super-high claimed efficiency of 94dB from its sealed-box alignment, the Q7, I’m told, demanded a ridiculous amount of engineering resources to design and build, particularly its all-new drivers. Talk about a technological force to be reckoned with. Just a few days ago, Magico bigwig Alon Wolf told me by phone that they were measuring the Q7’s bass response in their listening room in Berkeley, California, flat down to 15Hz. And wait till you see the interior of the Q7!

I suspect that a number of Superspeakers will be displayed unchanged at CES 2012. The Vandersteen Model Seven ($48,000/pair), Verity Audio Lohengrin II ($89,995/pair), Crystal Cable Arabesque ($65,000/pair), and Focal Grande Utopia ($180,000/pair), to name but a few, all remain current in their companies’ lines. These models always find a healthy following when shown at CES, and will be worth auditioning -- if only to see what electronics each model is paired with, and how that will affect its sound.

I’d like to see changes in some Superspeakers at CES 2012, though I’m not sure any of them will actually happen. Yoav Geva’s YG Acoustics Anat III speaker ($119,000/pair in its Signature edition) has been upgraded a number of times over the past few years and its performance has definitely risen a few notches, but its look is getting a bit tired to my eyes. As boxes you’d want in your living room, they just don’t hold up visually, particularly when placed next to the Magicos, Sonus Fabers, and Rockports. Buy hey -- it’s allabout the sound, right?

I know that TAD’s three-way Reference One ($70,000/pair) always makes great sounds at shows -- I’ve commented on that often enough -- but my heart harks back to the original Model One, a more ambitious four-way design with a cabinet of stacked birch ply and a dedicated midbass driver, first seen in 2003. I’d love to see a new four-way flagship from TAD that has more in common with the Model One.

Germany’s Tidal Audio will be at CES, but, alas, won’t be bringing their newest model (as yet unnamed), which it seems will now be launched in the latter part of 2012. Last year I was very impressed by their Piano Cera ($23,990/pair), but I know that Tidal has been criticized for charging so much for a speaker with an MDF cabinet and off-the-shelf drivers. It seems that they’ll be using a new cabinet material for the new speaker. Can’t wait to see what it is, and what Tidal does with it.

Lastly, you just know there will be a few Supersilly Speakers at CES. Some will be made in garages (and will look it), some will be barely concealed knockoffs of others’ original design, and some will feature engineering “breakthroughs” that will turn out to be no more than marketing hype. Some of my brethren in the press will be panting at anything with a high price tag and a shiny paint job, no matter what the thing sounds like. But don’t kid yourselves: The difference between the best Superspeakers and the worst poseurs is a country mile. Hopefully, I can help you sort through them.

This is the first installment in my “Superspeakers” series for CES 2012, and there’s a lot more to come. I’m packed and ready to go. Let’s go find the best of the best.