Magico's Q loudspeaker platform launched at CES 2010 with the introduction of the Q5, which retails for $59,950 per pair. It has served as the company's flagship loudspeaker since that time, with subsequent launches of the smaller Q3 and Q1 models. The new Q7 ($165,000 per pair) now takes over that top spot in the Berkeley, CA, company's loudspeaker hierarchy in overwhelming fashion. I spoke to Yair Tammam, Magico's chief technical officer, about the development of the Q7, and our conversation yielded a number of interesting points. 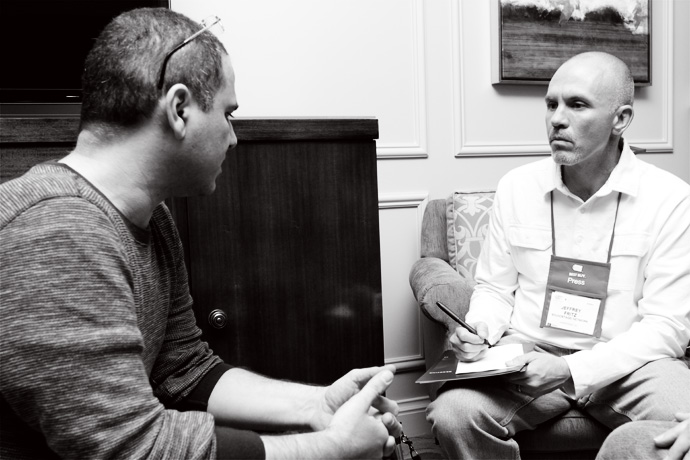 The genesis of the Q7 was the Magico Model 6 ($160,000 per pair when available), which the company first showed at CES 2007. That speaker marked the beginning of the all-aluminum four-way Magico loudspeaker. The Q5 was the technical outgrowth of the Model 6, which it improved upon in several ways, due mainly to the company being able to move all manufacturing in-house with the acquisition of their own CNC machine shop. According to Tammam, when the Q5 launched, it was "the best we could do at the time and not easy to surpass today." In fact, the Q7 was only possible because of several material advances that came about in other unrelated industries, namely hybrid automobiles and windmills. For example, I'm told that research to make smaller, more powerful windmills yielded the much stronger neodymium magnets eventually used in the Q7. The research into these super-strong magnets is something that no loudspeaker company could have accomplished, but Tammam said they've fully leveraged the research and its resulting advances in the design of the Q7.

Specifically, according to Tammam, the Q5 utilizes N38- and N42-grade neodymium in its drivers' motor systems, whereas the Q7 uses the N48 and N52 grades. These magnets allow for "higher energy storage within the material," according to Tammam, and this has allowed Magico to build motor systems that are far more powerful than any the company had developed in the past. Tammam said the magnet structures of the 10" and 12" drivers in the Q7 are so powerful that handling them requires great care, as the attractive force between two of the drivers' magnets would literally crush someone's hand if it was unfortunate enough to come between them. The point here is that these new ultra-powerful magnets have allowed Magico to design and build drivers so efficient that the overall sensitivity of the Q7 is rated at 94dB, which is quite high for a sealed-box design.

The Q7's drivers also use underhung motor systems and very large voice coils that result in greater control of the driver diaphragm as well as higher excursion, and they allow for better thermal behavior. Tammam was quick to point out that super-high output and vanishingly low distortion were two of the many goals of the Q7 project, and that they had been achieved in the final product.

I also asked Tammam about the overall Q7 development process, and how it was implemented. He said that with the Q7, Magico exploited every available engineering resource to the absolute maximum. There are far more technical features in the Q7 than I have room to describe here, such as the floating-cavity midrange compartment and the new Finite Element Analysis-derived three-axis internal framework. Suffice to say, though, that the Q7 is an engineering juggernaut in every sense.

My last question for Tammam was perhaps the most revealing. I asked him how much better the Q7 is compared to the Q5. He said that although the Q5 is extremely good, the improvement wrought by the Q7 surprised even him. He said it was drastic. Remember that word when you hear the Q7 for yourself.