When I received the CES press release from Harman International, parent company of such brands as Mark Levinson, Revel, Lexicon, and JBL, announcing a slew of new products including the updated Revel Performa3 line of speakers, I didn't take much notice. So when I stepped into Harman's room on the 35th floor of the Venetian tower, I wasn't surprised to the see the new Revel Performa3 line in their suite, but I was surprised to see how much better these new models looked compared to their predecessors. The previous Performa speakers were relatively plain-looking rectangular boxes -- very well-built boxes, mind you, but plain boxes nonetheless. On the other hand, the new Performa3s have curved side panels with tasteful matte-black top accents and are available in very attractive high-gloss wood veneers or automotive-grade paint finishes. 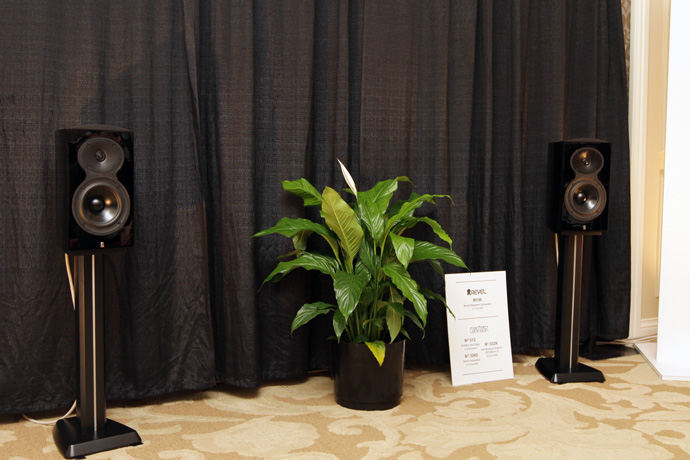 What was even more impressive about the Performa3s was their performance. When I heard the $1700-per-pair M106 bookshelf, I was taken aback by the slam and dynamics that these little speakers were capable of. They pumped out the bass of Seal's "Killer" with gut-wrenching authority, and they played extremely loud without breakup or other obvious distortions. The whistling and vocals on Livingston Taylor's cover of "Isn't She Lovely" were about as pure and uncolored as I've heard from any speaker at anywhere near this price. The larger $4500-per-pair floorstanding F208 was just as clean and uncolored sounding, but with even greater dynamics, deeper bass, and a massive sense of scale with orchestral recordings.

Judging by the look of their new speaker cabinets and drivers, this is a complete redesign of the previous Performa line. According to Kevin Voecks, the manager of product development for Harman's newly formed Luxury Audio Group, the new Performa3 series features a newly designed aluminum-dome tweeter that's as good as the original tweeter used in the first version of their reference Ultima-series speakers. The tweeter's waveguide has also been redesigned, and the woofers and midrange drivers both feature ribbed aluminum cones for rigidity. 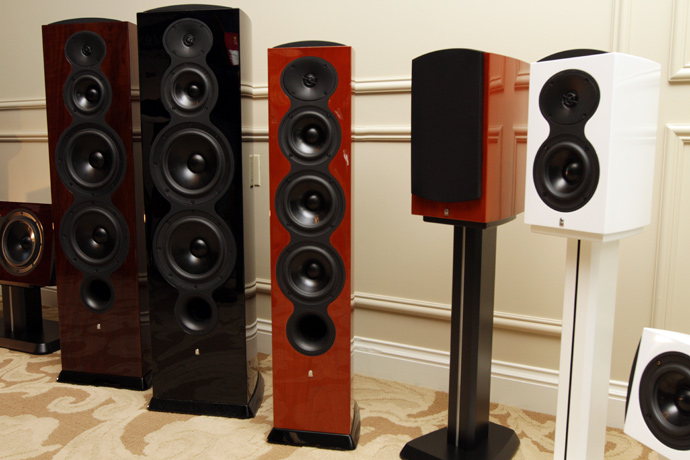 The entire Performa3 line will consist of three floorstanding models, two bookshelf models, two center-channels, a bipole surround model, and two powered subwoofers. Even with their gorgeous new cabinets and technologically advanced drivers, the new Performa3s will actually cost less than their predecessors. For example, the previous top-of-the-line F52 was priced at $7000 per pair. The new top-of-the-line F308 will be priced at only $6000 per pair. There were several very expensive loudspeakers garnering a lot of buzz at this year's show. Based on what I saw and heard in the Harman room, the Revel Performa3 line is just as deserving of this attention. In fact, these were my favorite speakers at CES 2012.