SoundStage! Network publisher Doug Schneider was so impressed by the Definitive Technology StudioMonitor SM55 ($598 per pair) last fall at CEDIA that he wrote extensively about its surprisingly good performance. So I wasn't quite so surprised when I heard the step-up SM65 ($898 per pair) model, which sounded simply superb at this year's CES. Even without the aid of Definitive's new SuperCube 8000 subwoofer, the SM65 had plenty of useable bass and the soundstage was huge with imaging that was spot on. 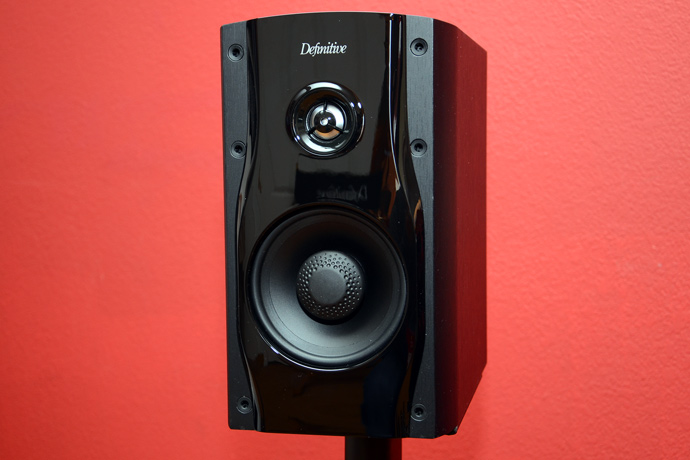 But it was their little SM45 bookshelf model, priced at only $398 per pair, that really caught my attention. The SM45's 5.25" bass-midrange driver and 1" dome tweeter are basically the same as those used in Definitive's top-of-the-line BP ST series of bipolar loudspeakers, and it therefore sounded more refined than you would expect for a speaker of this price. Unlike the SM55 and SM65, which feature sealed enclosures with passive radiators, the SM45 is a ported design. The sound wasn't quite as rich and full as it was with the SM65, but it was still remarkably robust. The superior imaging was still all there, and there was a smooth midrange along with a very clean and highly transparent overall sound. I could happily live with these speakers without a subwoofer, and I'm sure most people would feel the same. 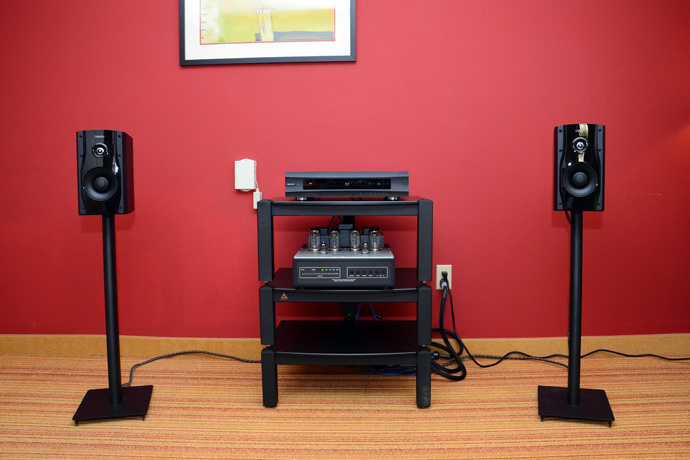 Some of the sound quality of this system could definitely be attributed to the equipment that Definitive Technology was using them with: the Audio Research VSi60 integrated amplifier and Oppo BDP-95 universal Blu-ray player, which features the ES9018 SABRE 32-bit Reference DAC, but there was no denying that this was a great-sounding speaker overall.

I once wrote that Definitive Technology's $2998-per-pair Mythos STS Super Tower loudspeaker was one of the most exciting products I'd come across in a long time. At only $398 per pair, I think that the SM45 is just as exciting, if not more so due to the amazing amount of performance that it delivers for the price.