When it comes to tradeshow displays, Canada's Totem Acoustic is clearly ahead of its competition, and has been for several years. Whether the company shows their wares in a massive booth on the floor at an event such as CEDIA, or in a large room like at Salon Son & Image 2011, the displays are bright, lively, and thoroughly memorable. Totem Acoustic is also one of the few companies to use people in their ads, which, in our opinion, gives their marketing material better visual appeal and a more personal touch. It's odd that more companies haven't caught on, because it's obviously working well. Saying this year's display is eye-catching is an understatement. Awesome better describes it, and you couldn't help but be drawn into their room. 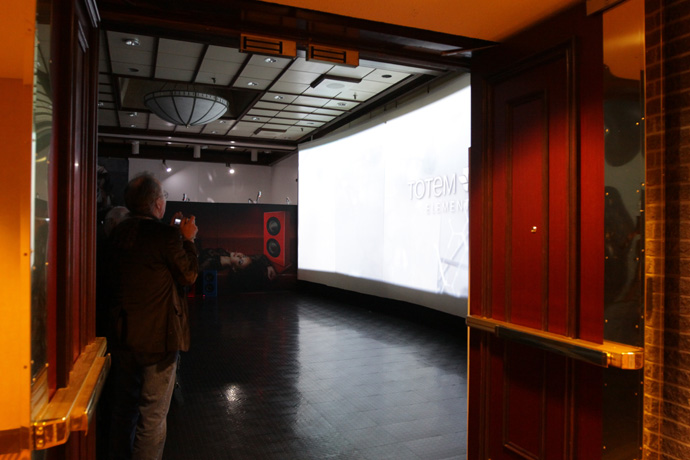 This year's Totem Acoustic Salon Son & Image display centered on an enormous video screen lit by a very powerful projector. The presentation that ran continuously focused on the new Element Series speakers. We had already seen them at CES in Las Vegas, but they were the center of attention in Montreal because this was their Canadian debut. 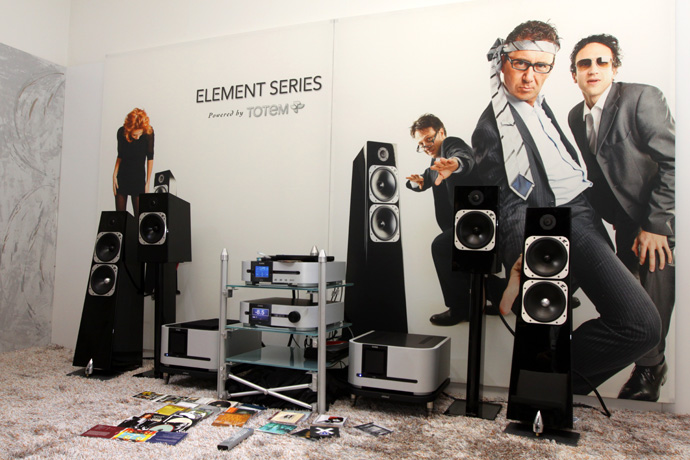 Seeing, feeling, and hearing the speakers is an unforgettable experience. All of the Element models were showing in a very attractive secondary display off to the side. 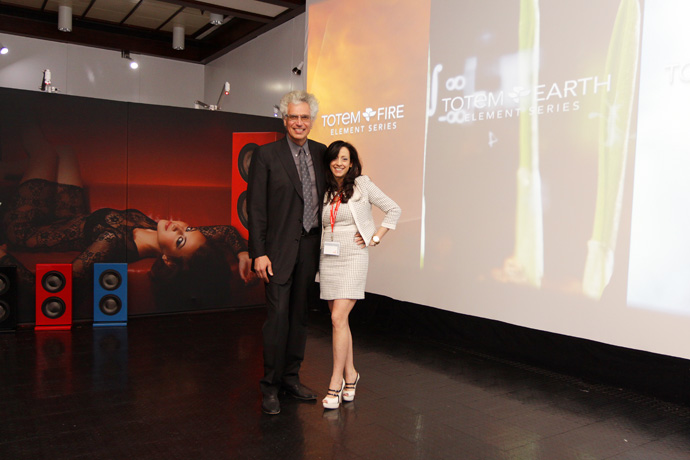 Vince Bruzzese is Totem's president and founder, but he readily hands off all credit for the company's incredible displays to Lucy Lentini, their director of marketing. Vince describes Lucy as a "marketing genius." We agree.