It's extremely hard to put on a truly great demonstration, but, as strange as this sounds, it's just as hard to put on a really horrible presentation that will have someone scurrying for the door in 30 seconds flat. Usually I have much more tolerance for crap displays and I'll stick around for a few minutes, if only to be polite. In Montreal this year, there were three rooms where I just couldn't stand it any longer and I headed for the door quickly because they were just way too loud for anyone's good. 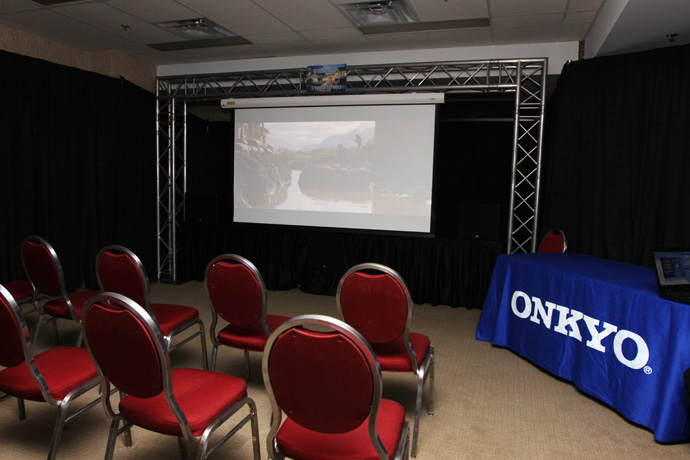 The first was on the bottom floor of the show, where Klipsh and Onkyo equipment were being used in a multichannel demonstration. I walked into the conspicuously empty room to find Kevin Costner's Open Range playing and heard some of the loudest gunfire ever emitted from a home-theater system. To some this might seem impressive, and I gather that's what the demonstrators were trying to accomplish with their excess. But I stood a good 15 feet back from the front speakers and felt my ears twinge and my hearing quickly shutting down every time a gunshot went off. No idiot in the world would play their music this loud if they cared about their hearing, and nobody there was about to turn it down. Eight trigger pulls later and I was on the other side of the door. I'm not a delicate flower -- I play my music and movies loud enough at home to make them satisfying. But I don't play music so loud that it induces hearing damage. I couldn't help but wonder if the room was empty because everyone left before I came in. Smart if they did. 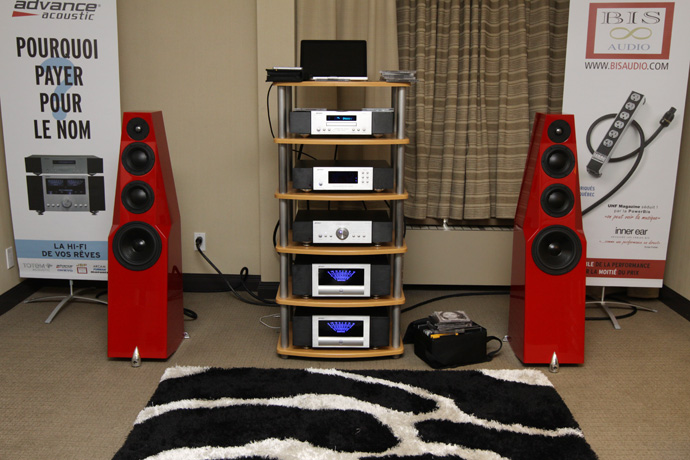 Then there were the MCM Acoustique rooms upstairs. MCM appears to be a local retailer, and in one room they were doing no justice whatsoever to a pair of Totem Wind Design speakers fronted by Advance Acoustic electronics. They were playing an absolutely awful-sounding music recording at a volume level suitable for a room about three times the size. The gentleman running the demo leaned over to me and yelled something like "Don't pay attention to the recording quality; it's awful. But the performance is amazing." I agreed with the first comment, but not with the second, and once again I was out the door. 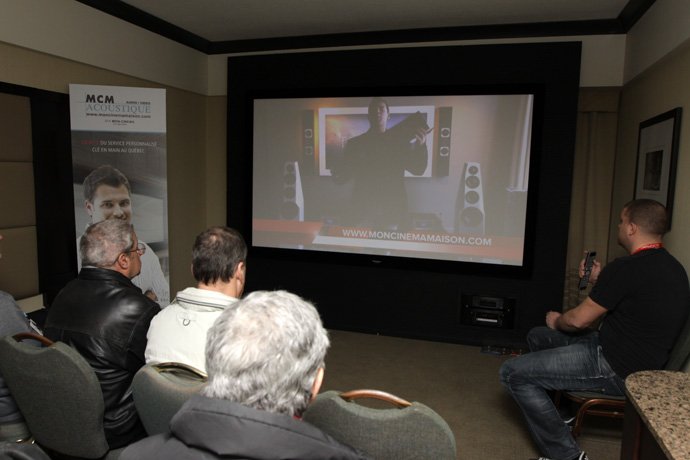 I went directly across the hall to the other MCM Acoustique demo, where they were putting on a home-theater display. It was dark so I couldn't tell what equipment they were using, but the demonstration started with a two-minute advertisement promoting the store and the products they sell. It was an odd way to start, but fair enough -- they're the ones paying for the room. Then another gunfight, this time from The Book of Eli starring Denzel Washington. Now, I've watched this movie at home and I agree that it's best played fairly loud -- but not so loud that your ears tingle from the screech in the highs and your hearing shuts down, like mine was doing again. I suppose I could have stayed another few minutes and lost my critical hearing capability in the frequency ranges that this system was offending and it wouldn't have seemed as bad anymore, but as with the first demonstration, I moved rather quickly to the other side of the door and had no desire to go back in.

Here's a hint to exhibitors: don't play your systems at volume levels where attendees are best off wearing hearing protection for their own safety if you expect them to stick around. Then again, perhaps the people putting on these demonstrations have already gone deaf and they simply don't know any better. Honestly, based on what I heard, it's not unlikely.