Worst of SSI 2011: High-Priced Lunches at a Snail's Pace

As far as we can tell, everyone, including us, really likes the Hilton Bonaventure hotel, which has been home to Salon Son & Image since 2010. It's a bit weirdly situated -- more or less like a luxury three-story hotel atop a nine-story building -- but it's beautiful in many ways. I recommend staying here, particularly if you're attending the show. On the other hand, most of us have a love-hate-hate relationship with the lobby restaurant/bar.

We love the fact that this restaurant/bar is so close to the exhibits -- it's a 30-second walk from the closest rooms. Plus, the food's not too bad. It's not great, but it's certainly not bad. The place is obviously ideal for lunch. 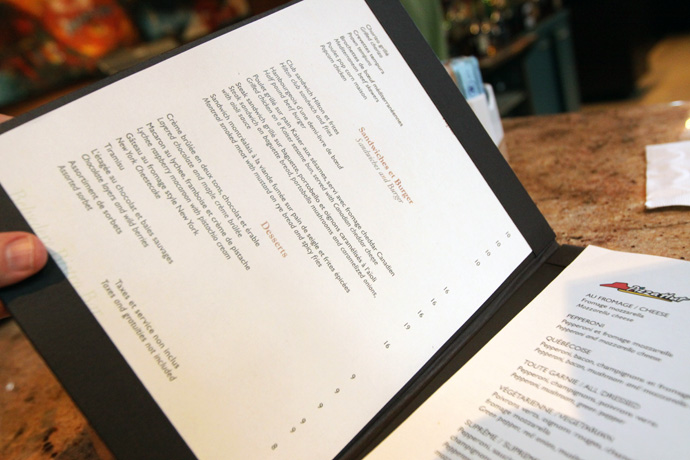 The two things we hate are the service and, mostly, the prices. It's $16 for a burger or sandwich and fries. It's about the same price for a salad. If you have a Coke, you'll be up to $25 once you add tax and a tip. Have a beer and you'll be upwards of $30. If you go for the steak sandwich, which is a few dollars more, you'll be laying down up to $35 before you get out of your chair. Add a dessert and the sky's the limit.

With prices like that, you'd expect the service to be first-rate, but at lunchtime things move at a snail's pace. One day I ordered the hamburger and it took nearly an hour to get it. A burger! An hour! The next day I ordered the same thing and it took just as long. Another day I ordered shrimp with a mango salad, which others said was pretty good. It was. But I lost track of how long it took to get that plate -- an hour at least -- and I was so hungry when it finally arrived that I devoured everything on the plate in under three minutes and then turned and grabbed some food off of Jason Thorpe's plate since he was muttering about not being all that hungry. I grabbed some stuff before he had second thoughts. 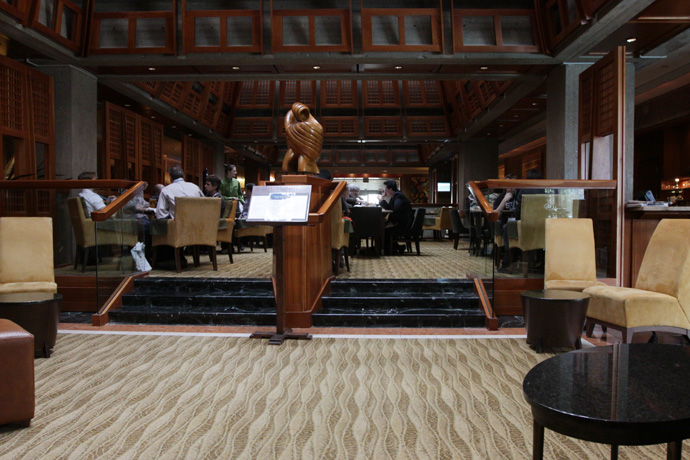 There's been a running joke around here that if you have a meeting at 2 o'clock and you plan to be on time, get to the restaurant shortly after noon and order before you sit down. Slow service at a high price -- consider it the cost of convenience.