Squeeze Me in and Beam Me Up

Imagine my surprise when I walked into the Codell Audio room and saw my home system pretty much set up and playing music.

As anyone who's chatted with me about audio knows, I'm a strong proponent -- missionary almost -- of Logitech's Squeezebox products. And here, right in front of me, was a Squeezebox Touch feeding a Peachtree Nova (I have a Decco2, but that's just a detail), which, in turn, was driving a set of Dynaudio Excite X32 speakers (I'm currently using a pair of Focus 110 speakers). 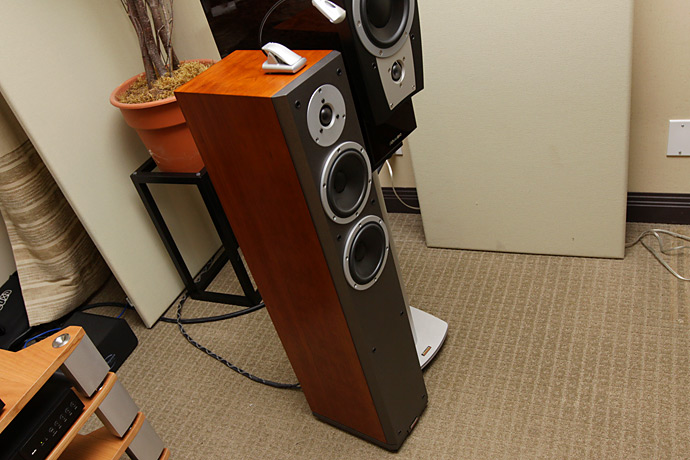 The Excite speakers were slamming out rich, dynamic music in a manner that totally belied their slim, graceful, tiny cabinets. As I sat down for a listen, I immediately recognized the Peachtree's slightly warm yet relatively neutral tonal balance. I've nothing but praise for the Peachtree's internal DAC, having listened to a number of its competitors at or near the same price range. And fed by the Touch -- well, it's a system that punches far, far above its price point. 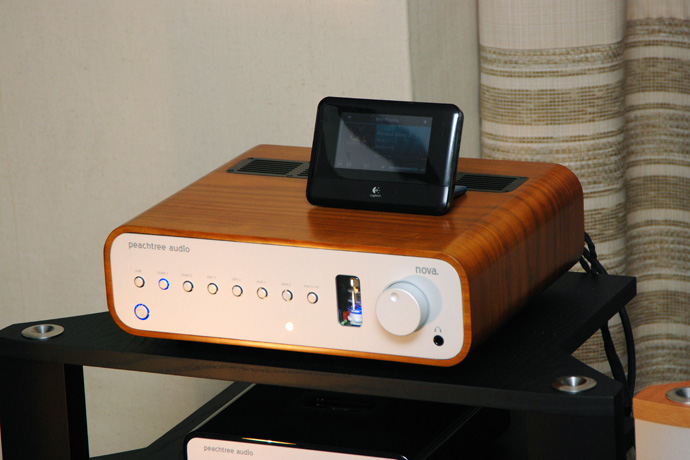 Pundits and Internet forum-dwellers blather on about bit-perfect audio transfer between computers and DACs, and in many cases it's a goal well worth the time and effort. But S/PDIF is, by its very nature, a flawed standard, and unless you can go asynchronous with your USB transfer, that's flawed too. The Squeezebox transfers data via TCP/IP, which is the computer protocol that makes the Internet possible. Your banking information (encrypted at 128-bit depth) arrives bit perfect, right? Then there's no need to worry about audio data that's way less bandwidth-intensive. There's no clock jitter with TCP/IP, and there's no worry about bit-perfect transfer.

Further, the SqueezeServer software that runs behind the scenes on your computer and feeds the Squeezebox is open source, which means that anyone is free to modify it, suggest improvements, and implement add-ons. There's a whole community working to improve SqueezeServer, and they're a really helpful bunch should you have any concerns or problems.

But it wouldn't matter one bit if the Touch didn't work well. And let me tell you -- it does. 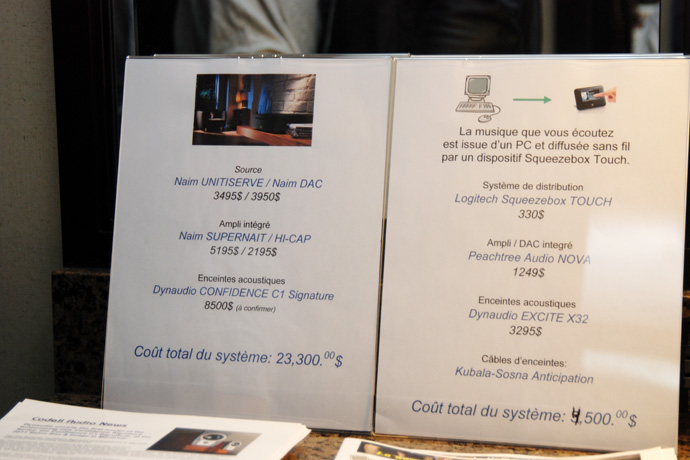 Back in the Codell Audio room they had a sign listing two potential systems -- A Naim music server and amp compared to the Touch-Peachtree system. The prices were worlds apart, and although I didn't get to hear the Naim system, I'd be really, really surprised if the sound was that much better.