The reason I like loudspeakers so much is that they all sound so different -- never in my life have I found two speaker models, even from the same company, that sound exactly the same.

Speakers differ so much in the way they sound because they come in so many shapes and sizes, and they use widely varying technologies. Basically, nobody has made the perfect loudspeakers yet, and they all have different ways that they're trying to get there. Nowhere was this more apparent at Son & Image than just outside of the room of Son-or Filtronique, a Montreal-based retailer that carries a wide array of speaker products. There were six speakers from five different manufacturers -- none of them look the same, and you can bet your life that none of them sound the same. 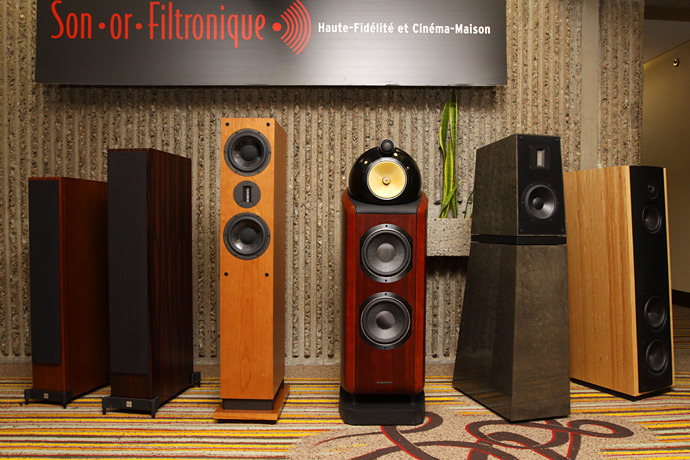