Let Loose the Dogs of War!

I don't really like using classical music for evaluating systems under show conditions. The environment's generally too noisy to flatter the high dynamic range and delicacy of well-recorded symphonic music. And baroque is just too precious for me to take seriously for anything other than brunch in a quaint bistro. So it's usually jazz for me unless I feel like clearing a room, at which point Mr. Bungle or Tomahawk usually does the trick.

When I walked into the room shared by YG Acoustics and Jones Audio, an Indiana Jones-hatted gent was sitting in the sweet spot chatting with one of the reps. The system was pounding out an absolutely monstrous symphonic piece. This music didn't bother with dynamic range, as it sounded like the needle was pinned at 0dB. It was aggressive and angry, and I just loved it. 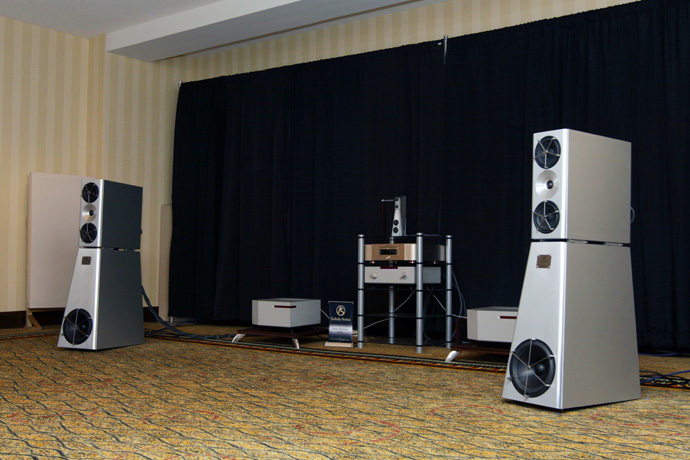 I also knew this piece, but I couldn't place it. It wasn't Holst's "Mars," that's for sure, although it had some similarity. I butted into the conversation and asked the man what was playing, and he told me it was "The Battle" from the Gladiator soundtrack. Aha. Now I knew why I was seeing blood and swords in my mind's eye.

The music perfectly suited the armor-plated YG Acoustics Anat Reference II Studios, which retail for a princely $74,000 per pair. Despite the show conditions, the music was turned up so bloody loud that the small amount of dynamic range it contained just propelled sound out into the room. The Anats kept up with the volume, sounding clean and clear despite how hard they were being pushed. 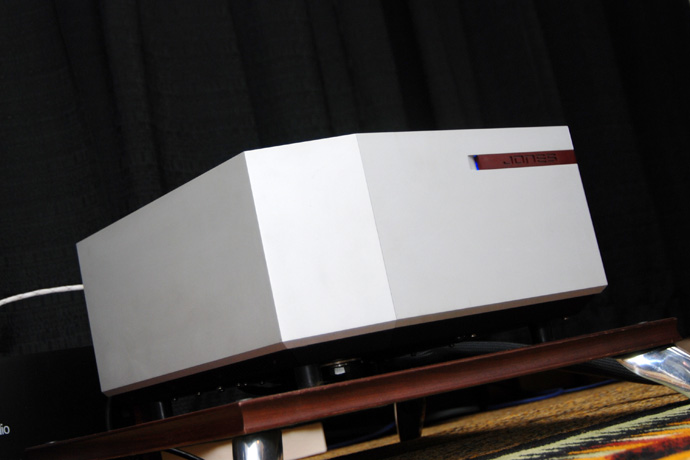 Feeding the Anats were Jones Audio components. This company's new to me, but based on the sound they were getting out of the YG speakers, they merit further investigation. The PA-M300 mono amps go for $28,000 per pair (shown above), while the PRE-S-1 preamp will set you back another $14,000. A Marantz SA-7S1 CD player fed the music in.

Whether this system sounded good with music played back at a reasonable level, I just don't know. And frankly I don't much care. Listening to "The Battle" was a real treat, and I left the room with that memory unsullied.

Sometimes you just need the right piece of music at the right time.